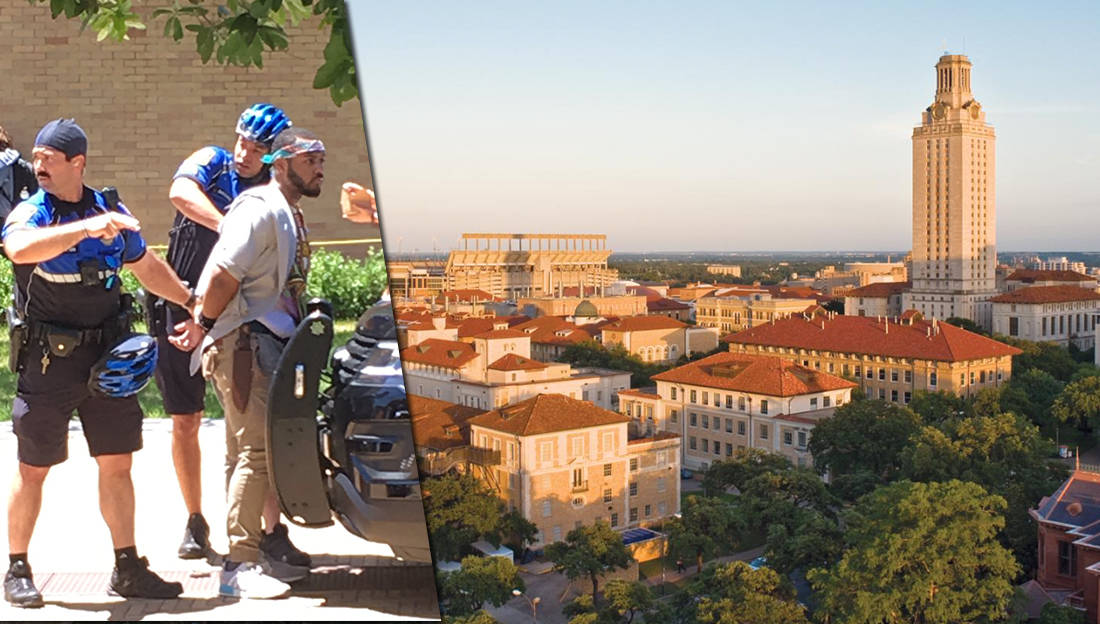 A student has been taken into custody after stabbing and killing one student and injuring three others at UT Austin today.

The suspect was later identified by police as 21-year-old Kendrex J. White, who attended UT and member of the class of 2018.

According to UT Police Chief David Carter, officers responded to a call from the Gregory Gym in the 2100 block of Speedway before 2 p.m., less than two minutes after receiving a call. The officer found White walking around the scene with a Bowie-style hunting knife and took him into custody.

PHOTO: One dead, one in custody after stabbing at UT: https://t.co/wyk04eXNY4 pic.twitter.com/Va0yLAwmjv

The Police Chief stated that White walked up to four male students and attacked them. Austin-Travis County EMS tweeted that the survivors of the attack sustained non-life-threatening injuries.

More photos from the scene: pic.twitter.com/XZpymHUvgt

We were able to get find the suspects Twitter account and although it he has not sent out a tweet since June of last year, he states that he is “Future Doctor #UT18 Bio Major pre-Med.”

Currently, Watch The Yard’s founder happens to be in Austin and is interviewing students.

“I think it is really crazy and I think the University should have gotten the  out to us faster,” a sophomore told us.

“We were outside for like 20-minutes and did not know what was happening and no-one knew if the guy was caught,” a freshman who had left campus for saftey told us.

“They have monthly sirens to check to make sure that if there were a threat students should stay indoors and the one time they should actually use the sirens, they don’t. I had friends in their s=rooms at Jester that didn’t know what was going on until I texted them. And they were in the vicinity of the attack,” said another freshman.

We will continue to be update this post as more information becomes available.