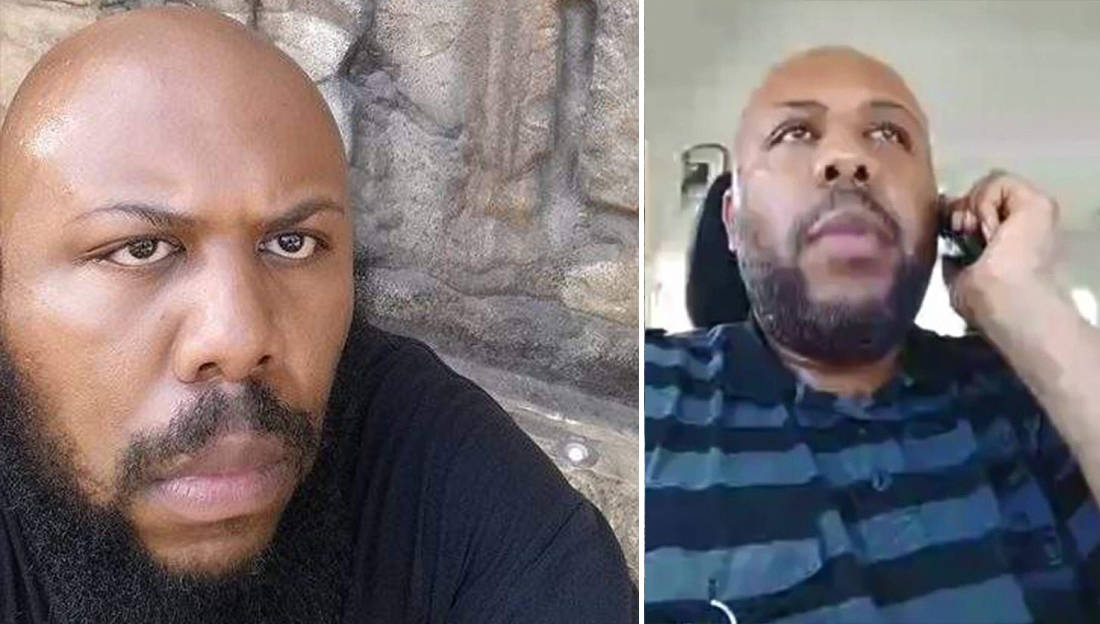 Police are currently searching for a man named Steve Stephens who has been accused of shooting and killing an elderly man on Facebook Live Sunday afternoon and claims to be targeting members of fraternities and sororities.

In a Facebook Live video that was uploaded to his account on Sunday afternoon, Steve Stephens is seen getting out of his car and shooting and killing an elderly man.

Stephens has also written several Facebook statuses (on his now deactivated account) claiming that he has killed more than 13 other people. He states that the additional killings are real and that he is shooting people because of an ex-girlfriend.

Through his posts, Steven insinuates that he is a member of Omega Psi Phi and the reason we are posting this article to Watch The Yard is because when he says that he will randomly shoot “Greeks” in the head “until he gets caught,” there is a good chance that he is referring to members of Black fraternities or sororities.

According to Sgt. Jennifer Ciaccia, the shooting that was posted to Facebook Live happened on East 93rd Street just south of the Interstate 90 in the city’s Glenville neighborhood.

Stephens is 6-feet 1-inch tall, weighs about 240 pounds and has a full beard. He was wearing a dark-striped polo shirt at the time of the shooting and the Facebook Live broadcasts.

The police are saying that he is driving a white or cream-colored SUV and is considered armed and dangerous.

“I snapped, dog, I just snapped,” he says to a man on the phone, saying he shamed his fraternity with his actions. “I just killed 13 motherf*ckers man. That’s what I did, I killed 13 people and I’m about to keep killing until they catch me. F*ck it.”

In another video, he says, “The people I’m going to kill today, it’s Easter Sunday, it’s not my first. I’ve got a few people that’s over here off this street … it’s an abandoned house, I kind of lost count. I didn’t keep score. But I’m going to keep score today. I’m bout to have me some fun, I guess.”

He also claims he is going to randomly shoot “Greeks” in the head until he gets caught.

“The vengeance is about to happen,” he says.

He is still on the loose and is dangerous and thus we want to spread the word to as many members of Black fraternities and sororities that they contact members who live in Cleveland to make sure that they are safe and avoiding this man at all costs. This is about the safety of our community which is being targeted by this man.

Here is the video where he mentions shooting “Greeks”.

Here is one of the Facebook posts that he posted.

We will refrain from posting the video of the actual shooting on this website, but it can be found here.

UPDATE: A group of close friends and fraternity brothers of Cleveland murder suspect Steve Stephens have opened up to the local news station with a personal message to Stephens to turn himself in. Click here to watch.

Please share this with as many members of Black fraternities and sororities who live in the Cleveland area as you can and let them know to be careful.