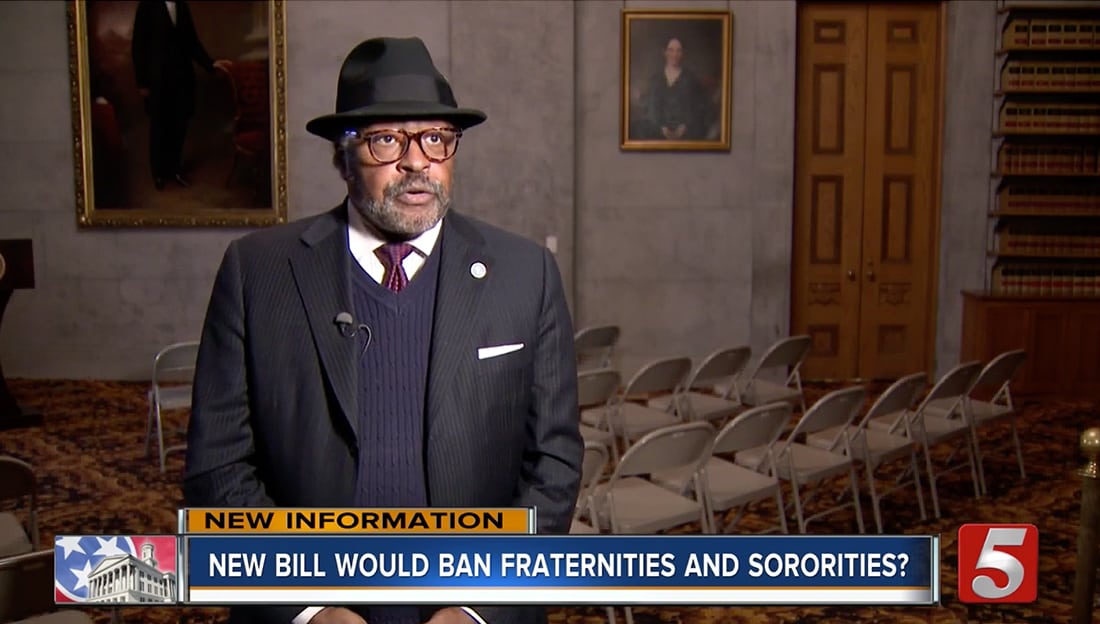 Tennessee State Representative John DeBerry, Jr. of Memphis has introduced a bill that would ban fraternities and sororities at Tennessee colleges and universities.

According to the Tennessee State Legislature’s website, the HB2042 bill proposes to prohibit, “fraternities and sororities, other than professional fraternities and honor societies, from being recognized by, associated with, or operating on the campus of, any state institution of higher education”

“It’s time for us to take a long introspective look at these organizations and how they function in our state funded institutions,” DeBarry told Local Memphis in a recent interview in which he brought up the #MeToo movement and alcohol abuse.

DeBarry stated that he isn’t singling out one incident or one group’s behavior, but images often seen in movies or headlines.“Where we glorified this kind of activity on campuses with the girls, and the togas, and the liquor, but in this atmosphere right now with the ‘me too’ atmosphere where women are discovering their voices saying they are not sex objects.”

Tennessean.com quotes DeBerry saying that his bill is an effort to get sororities and fraternities to answer questions about “behavior that has been consistent and constant.”

“The old Animal House mentality and that culture and that imagery, it has to go away,” he said. “It’s not cute anymore and it most certainly is not acceptable anymore.”

On Monday, News Channel 5 reported that DeBarry said the bill has been misunderstood.

“This thing was all over the world in 24 hours,” said Rep. DeBerry.  “I’ve interviewed with Time Magazine, and the Wall Street Journal because it’s a hot issue.”

Rep. DeBerry said he does not intend to ban the groups, but instead spark a conversation about the state’s hazing incidents.

While Rep. DeBarry seems to have changed his messaging, the bill still continues to have the same wording about banning fraternities and sororities in the state.