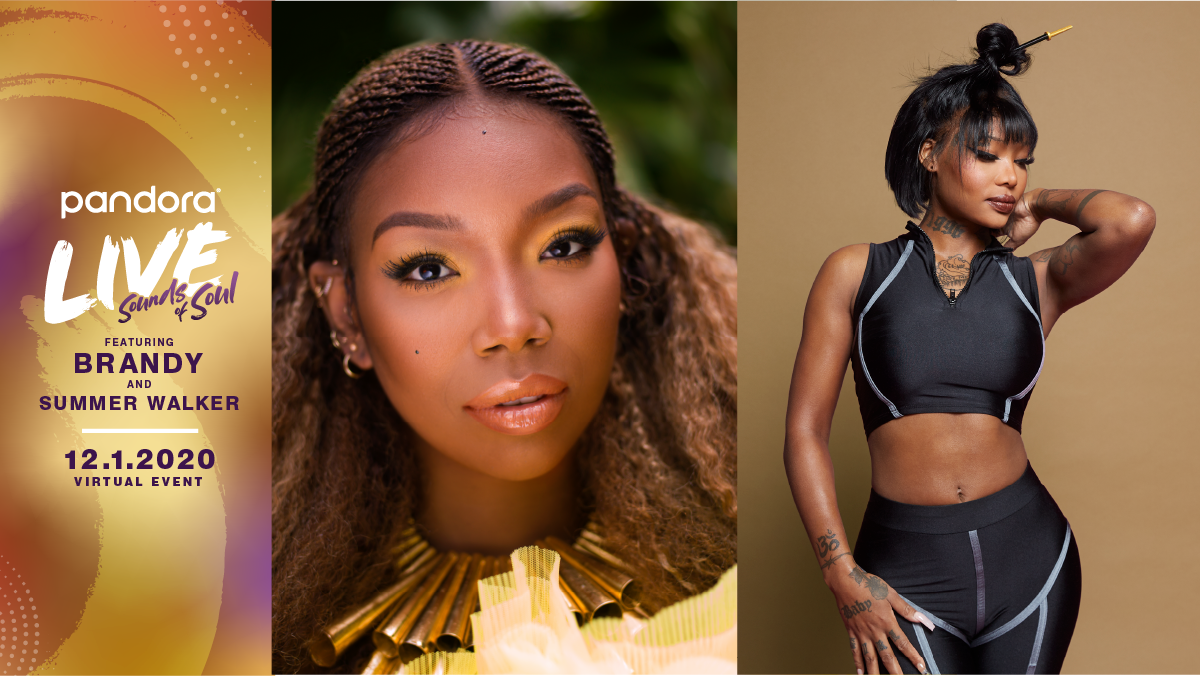 Pandora recently announced that Brandy and Summer Walker will perform as part of Pandora LIVE Sounds of Soul event on December 1st.

The concert, which will start at 9:00 pm ET on December 1st is free if you RSVP and is the fourth installment in the popular Pandora Live virtual event series that features top artists from all genres, including country, rock, R&B and more.

“I’m excited to be part of Pandora’s Sounds of Soul, especially being able to connect with my fans in this unprecedented time,” said Brandy. “Thank you for this amazing opportunity to perform.”  Summer Walker echoed the sentiment stating “Thank you Pandora for allowing me to be a part of Sounds of Soul.”

According to the press release, Pandora and McDonald’s will provide a charitable donation to The National Black Women’s Justice Institute and encourage viewers to show their support in reducing racial and gender disparities affecting Black women. During the show, Cricket Wireless will invite fans to test their artist knowledge with pre-show trivia and Vaseline will provide a limited amount of exclusive artist merchandise for attendees on a first-come, first-served code redemption basis.

For those looking for more music, McDonald’s is inviting fans to check out Pandora’s Black Music Forever station that honors Black rappers, singers, songwriters, musicians, and  entertainers.  After the show, the station will be updated to feature the live performance tracks from the event.

If you are a fan of Brandy or Summer Walker and want to attend the event the event for free, click here to RSVP!

Share this with a Brandy or Summer Walker fan and make their day!