“In Troy, we couldn’t use the swimming pool, so I never learned to swim,” he said. “All these years later, to hear the Secretary of the Navy say he wanted to name a ship after me — we cried a little together and we hugged.”

“As the first of its class, the future USNS John Lewis will play a vital role in the mission of our Navy and Marine Corps while also forging a new path in fleet replenishment,” Mabus said in a statement released by the Navy. “Naming this ship after John Lewis is a fitting tribute to a man who has, from his youth, been at the forefront of progressive social and human rights movements in the U.S., directly shaping both the past and future of our nation.” 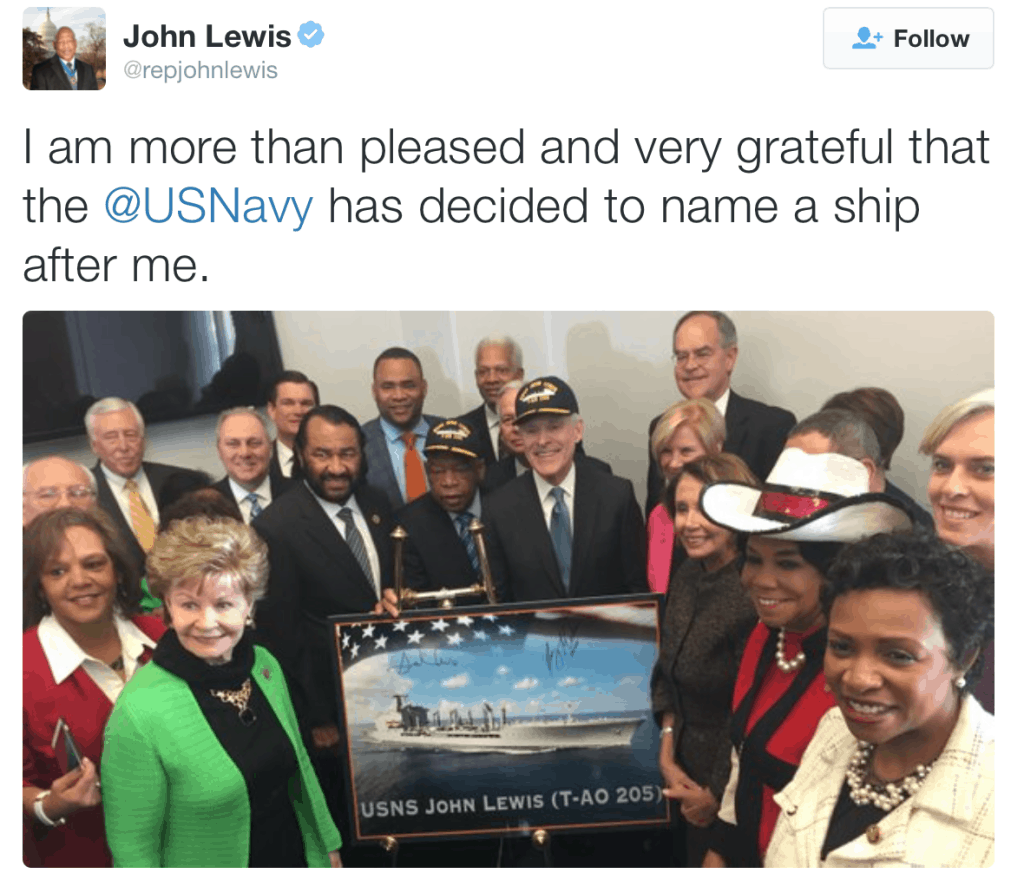 The USNS John Lewis is the first of the next generation of  fleet replenishment oilers (T-AO 205). “Usually 677.5 feet long, 97.5 feet wide and anywhere between 40,000 to 41,225 in tons, oilers are responsible for providing fuel replenishment as well as fleet cargo and store to ships at sea,” NBCnews.com states.

“T-AO 205 will, for decades to come, serve as a visible symbol of the freedoms Representative Lewis holds dear, and his example will live on in the steel of that ship and in all those who will serve aboard her, ” said Mabus.

According to the Naval Historical Center, there are at least nine navy ships named for notable African Americans and it turns out that Congressman Lewis is not the only Sigma out of this nine to have a ship named after him. George Washington Carver also has had a ship named after him posthumously.

Share this with a Sigma and make his day!