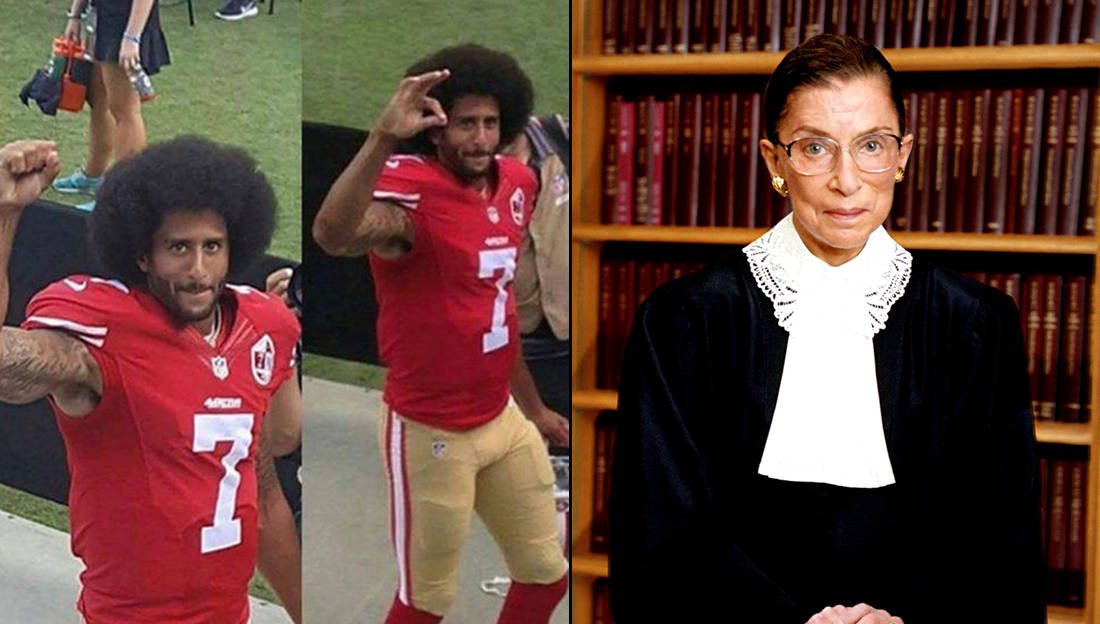 On Friday, the Supreme Court Justice released a statement stating said she barely knew about the National Anthem protest and that her comments that athletes have the right to protest “if they want to be stupid” were “inappropriately dismissive and harsh.”

“Some of you have inquired about a book interview in which I was asked how I felt about Colin Kaepernick and other NFL players who refused to stand for the national anthem,” Ginsburg stated. “Barely aware of the incident or its purpose, my comments were inappropriately dismissive and harsh. I should have declined to respond.”

“It is disappointing to hear a Supreme Court justice call a protest against injustices and oppression `stupid, dumb’ in reference to players doing that.”

Kappa Alpha Psi’s Colin Kaepernick has caught a lot of flack over the protest that he is credited with starting and people who have joined him in protest including his very own Kappa Alpha Psi chapter brother, Bronco’s player Brandon Marshall, have lost sponsorships due to their protest of the treatment of African-Americans in the United States.