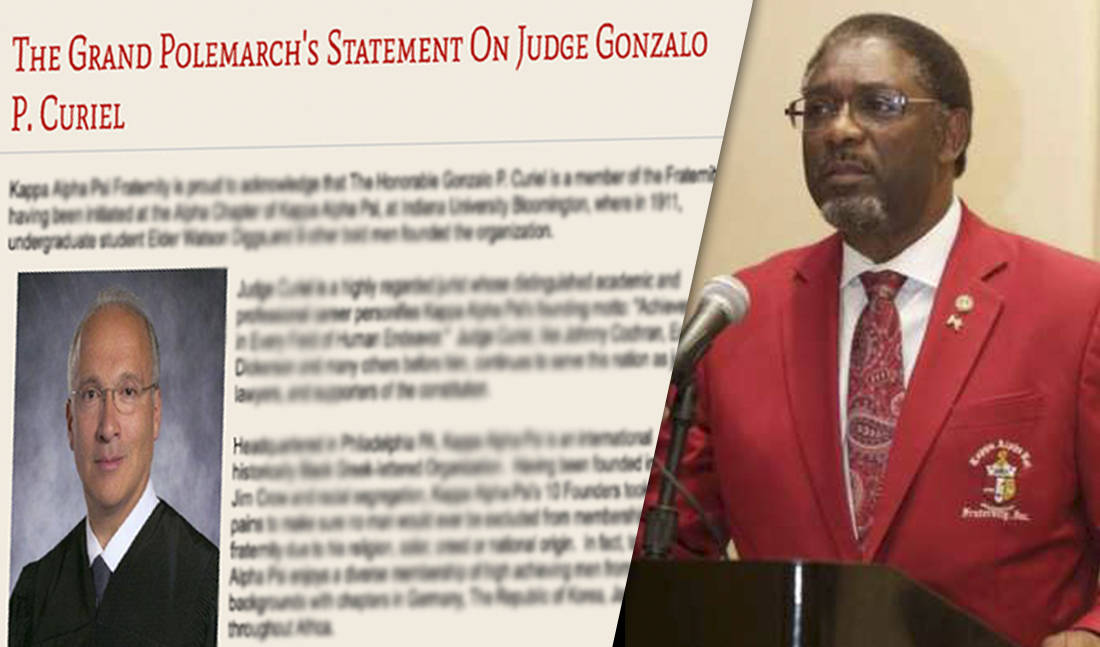 On Friday, Kappa Alpha Psi’s Grand Polemarch, Thomas L. Battles, Jr., released a statement of the fraternity’s website denouncing the xenophobic statements by presidential candidate Donald Trump toward Judge Gonzalo P. Curiel. This statement, which was released by the president of the fraternity, also states that the fraternity against “will continue to oppose all forms of racism and rebuke those who promote this evil.”

Read the statement below:

Kappa Alpha Psi Fraternity is proud to acknowledge that The Honorable Gonzalo P. Curiel is a member of the Fraternity having been initiated at the Alpha Chapter of Kappa Alpha Psi, at Indiana University Bloomington, where in 1911, undergraduate student Elder Watson Diggs,and 9 other bold men founded the organization.

Judge Curiel is a highly regarded jurist whose distinguished academic and professional career personifies Kappa Alpha Psi’s founding motto: “Achievement in Every Field of Human Endeavor.”  Judge Curiel, like Johnny Cochran, Earl B Dickerson and many others before him, continues to serve this nation as judges, lawyers, and supporters of the constitution.

Headquartered in Philadelphia PA, Kappa Alpha Psi is an international historically Black Greek-lettered Organization.  Having been founded in an era of Jim Crow and racial segregation, Kappa Alpha Psi’s 10 Founders took great pains to make sure no man would ever be excluded from membership into the fraternity due to his religion, color, creed or national origin.  In fact, today Kappa Alpha Psi enjoys a diverse membership of high achieving men from all backgrounds with chapters in Germany, The Republic of Korea, Japan, and throughout Africa.

Kappa Alpha Psi stands firmly against the practice of judging a man solely by his race, creed, or national origin. We believe all Americans are entitled to the freedoms afforded by the Constitution without regards to race. Our fraternity will continue to oppose all forms of racism and rebuke those who promote this evil.

Yours in the Bond,