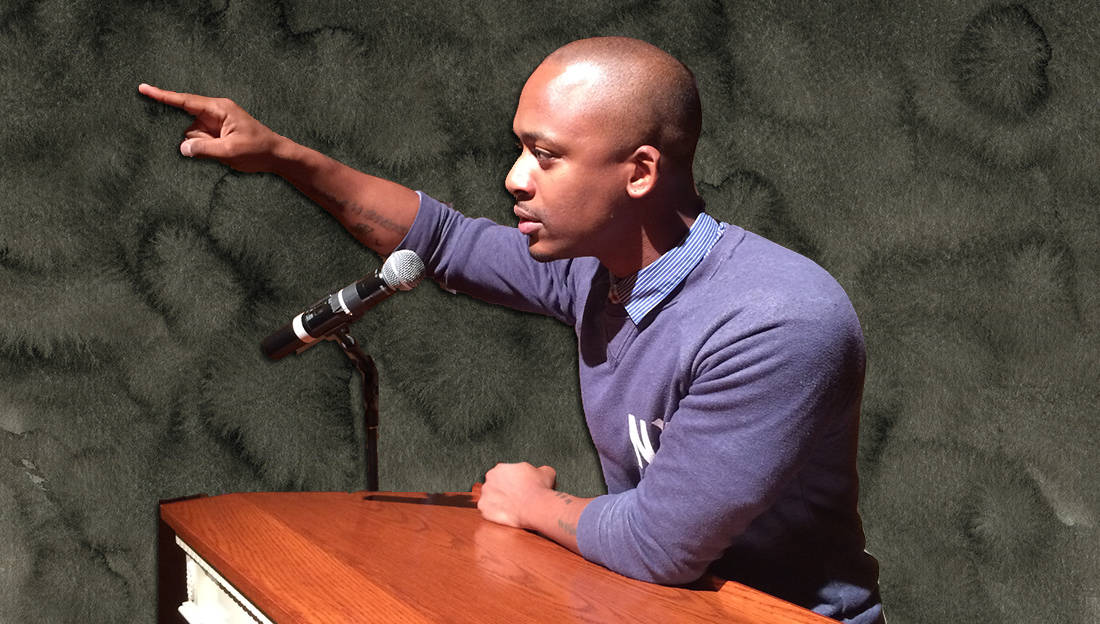 (This article was written by @Pyramids_and_Diamonds.)

Mental illness affects a large portion of our country, especially African Americans who according to the Health and Human Services Office of Minority Health, are 20% more likely to experience serious mental health problems than the general population.

Writer-Director Darnell Lamont Walker a Fall 2002 Gamma Theta initiate of Kappa Alpha Psi has made it his goal to shine a light on some unaddressed topics within mental health through his new documentary Outside the House. Giving voice to real people with real issues in an attempt to influence others to speak openly about their struggles in order to collectively battle the stigmas associated with it.

Walker, a writer- director who attended Bethune-Cookman University and Howard, decided to create the documentary after a friend in college committed suicide.

“For so long we’ve been unfamiliar with the language of asking for help that we don’t know how to explain the conditions of our souls. No one told us how to do this. We don’t air the dirty laundry. If the dirty laundry is not pulled from beneath the piles underneath the bag how is it ever dealt with?”

Walker started his journey to make the documentary with a simple Facebook post in which he asked his friends, “Black Folks who have sought mental health assistance, why did you do it?”

“The people began responding and my Facebook wall turned into a therapy session,” Walker said. “This was where I needed to begin. I contacted friends, family, friends of family, and random doctors and counselors around the US and traveled to where they were. I needed their stories. I needed them to rip off the door of that house outside of which their mothers told them to never share their issues. I needed their stories to help others do the same.”

“This film is not about statistics, or science, or theories, or practices. It’s about mental health and courageously sharing our stories so others will know they are not alone. It’s about what’s happened to us, what will happen to our children, and breaking cycles that are killing us in dark places.”