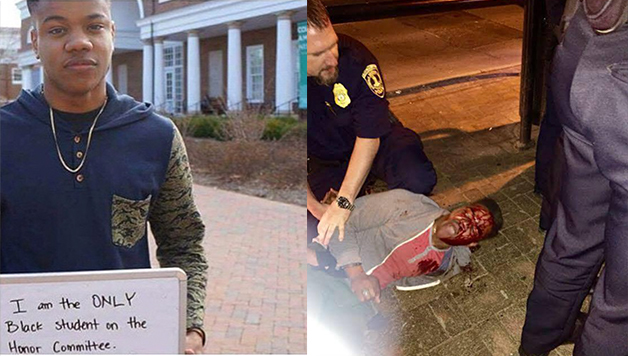 Social media platforms have erupted in a outcry against police brutality after a video emerged of Kappa Alpha Psi member, Martese Johnson’s bloody arrest Tuesday night by Virgina state liquor agents. The video as well as the national response to it have even Virginia Gov. Terry McAuliffe asking state police to investigate the arrest.

According to a statement by the student group Concerned Black Students, Martese Johnson, a junior, was “flung to the ground” by Virginia Department of Alcoholic Beverage Control agents outside Trinity Irish Pub at 12:45 a.m. Wednesday. In a video of the arrest, an onlooker is heard repeatedly screaming, “Yo his head is bleeding!” and Johnson is heard saying “I go to UVA. You f*ckin’ racists. … How did this happen?”

Huffington post reports that Johnson’s attorney, Daniel P. Watkins, “said in a statement that ‘contrary to early police reports,’ his client wasn’t accused of having a fake ID during the incident,”  as earlier reported. Also claiming that “ABC agents forced Johnson to the ground prior to handcuffing him, ‘striking his head on the pavement and causing him to bleed profusely from the gash on his head.'” 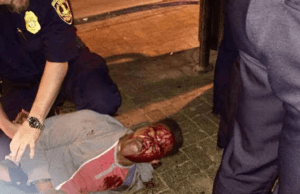 Johnson happens to be a brilliant student who is the leadership development chair of the UVA Black Student Alliance, a member of the school’s Honor Committee as well as a member of Kappa Alpha Psi.

How do you think NPHC Greeks should address this situation?