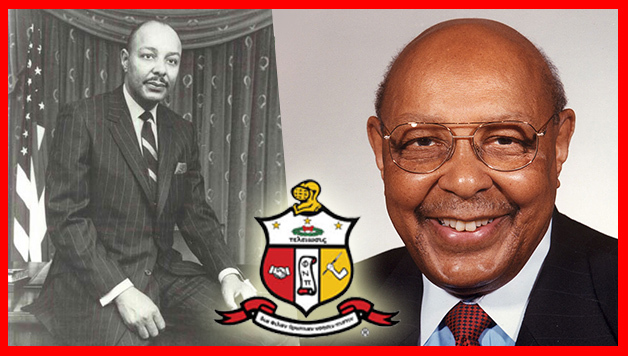 Former U.S. Rep. Louis Stokes, a 15-term congressman from Ohio and a member of the Cleveland Alumni chapter of Kappa Alpha Psi Fraternity, Inc. has died at the age of 90.

According to his family, he passed peacefully at home Tuesday with his wife at his side, just a month after his announcement that he had brain and lung cancer.

Stokes was a legendary Kappa Man who was elected to the House in 1968, becoming Ohio’s first black member of Congress and one of its most respected and influential people. According to an article by Cleavland.com, “Stokes’ resume in the House included stints as chairman of the select committee that from 1976 to 1978 investigated the assassinations of President John F. Kennedy and Martin Luther King Jr., chairman of the House Ethics Committee, a member of the House select committee that investigated the Iran-Contra affair, and the first black to chair the Intelligence Committee and serve on the influential House Appropriations Committee.”

The White House issued a statement on Wednesday from President Barack Obama that spoke on Stoke’s legacy. “Lou leaves behind an indelible legacy in the countless generations of young leaders that he inspired, and he will be sorely missed,” Obama said.

Stokes never forgot his roots as the child of poverty and great-grandson of a slave, he was able to achieve and help those around him do the same. Stokes’ brother, Carl B. Stokes, was the first African American mayor of a large American city. His daughters include a Cleveland Municipal Court judge and a journalist with WABC-TV New York and his son is also a journalist with WXYZ-TV in Detroit. Stokes and his wife, Jay, had seven grandchildren and along with being a member of Kappa Alpha Psi, he was a Prince Hall Freemason.

Stokes’ legacy will not be forgotten and even before his death, many buildings throughout the country have been named in his honor. This long list includes Howard University’s medical library, the Cleveland Public Library’s main building expansion, GCRTA’s Windermere station – Louis Stokes Station at Windermere, and the greater Cleveland area Veteran’s hospital, the Louis Stokes Cleveland Department of Veteran Affairs Medical Center.

Brother Stokes was the 49th recipient of the highest honor avalible to a member of Kappa Alpha Psi, the Laurel Wreath, which he received in 2001. As an undergraduate, he served as the Lt. Strategus under the administration of the 13th Grand Polemarch J. Ernest Wilkins.

We at WatchTheYard.com would like to pay our respects to this legend of a Kappa man as his fraternity brothers welcome him to Kappa Alpha Psi’s “Chapter Invisible”.

Please leave your condolences and memories in the comment section below.

Click on the arrows below to see pictures of Stokes throughout the years as well as a video of him speaking about his relationship with Rev. Dr. Martin Luther King Jr. 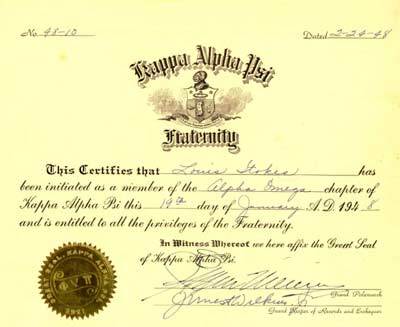