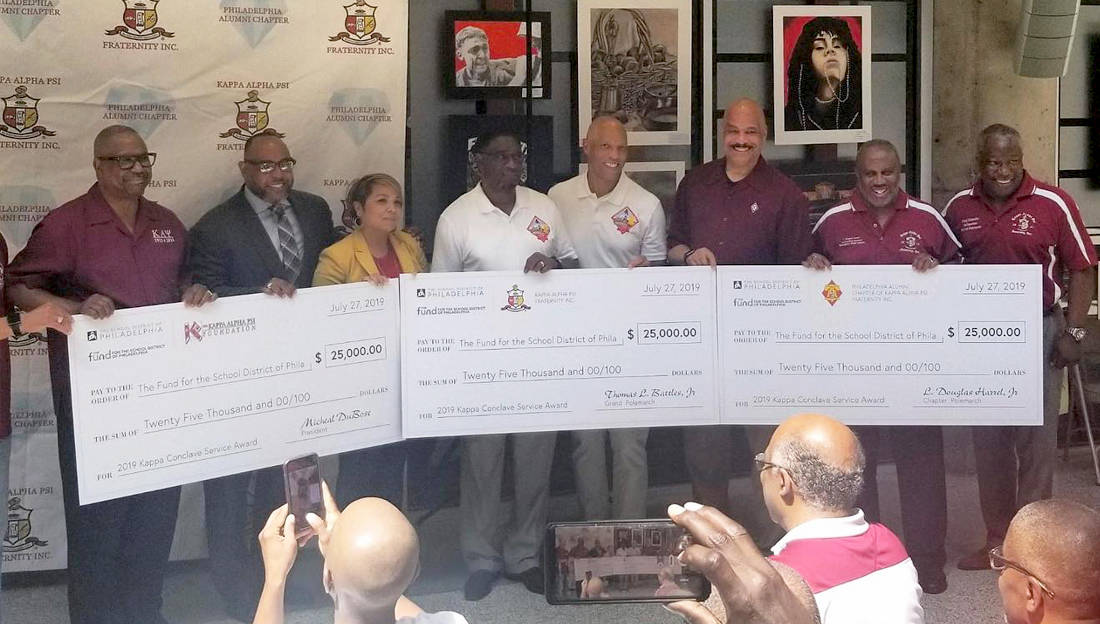 The brothers of Kappa Alpha Psi are holding their 84th Grand Chapter Meeting this week in Philadelphia and they are already making their presence felt in the community.

The fraternity made the announcement of the donation on social media, posting a photo of the brothers presenting three large checks to the School District of Philadelphia.

The School District of Philadelphia includes all public schools in Philadelphia. It is the 8th largest school district in the nation, by enrollment, serving over 200,000 students.

We at Watch The Yard would like to commend the brothers for their work to improve the lives and educations of the children in Philadelphia.