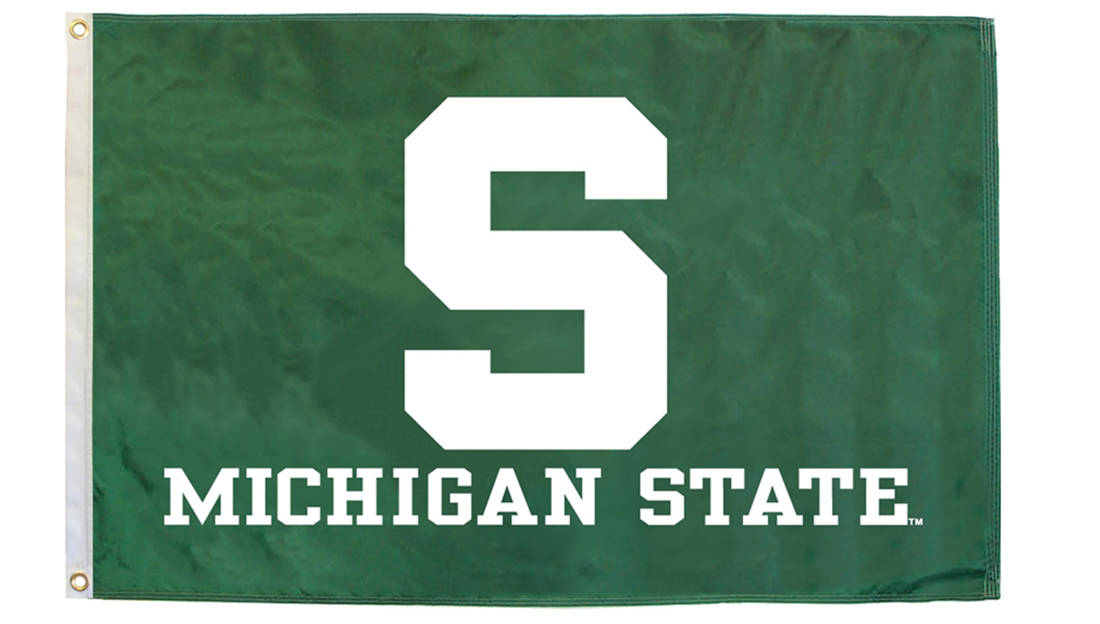 A SPLC listed white nationalist group by the name of The National Policy Institute requested to reserve space for a speaker at Michigan State University and the brothers of Kappa Alpha Psi were not having it.

On Wednesday, Michigan State University President Lou Anna K. Simon released a statement saying The National Policy Institute wants to have a speaker on campus, and that MSU was “reviewing the request closely in light of the deplorable violence in Charlottesville, Va. last weekend.

While the statement didn’t say who the group wanted to have speak, the Lansing State Journal notes that Richard Spencer, the high-profile white supremacist who has advocated for a white homeland for a “dispossessed white race” and called for “peaceful ethnic cleansing” to halt the “deconstruction” of European culture, is president and director of the The National Policy Institute.

The brothers of the Northern Province and specifically the Delta Pi Chapter of Kappa Alpha Psi issued a letter to the Michigan State University President urging her to deny The National Policy Institute’s request.

“We urge you in the strongest terms to DENY the request for the white nationalist group to speak on our beloved campus. We recognize that Michigan State University is a public institution and that “free speech” is a right of all Americans. However, after the most recent incidents at the University of Virginia, the saftey of our students, faculty and staff are far more important. We also must realize that “free speech” must be responsible. Spreading a message of hate, bigotry and anti-Semitism is not healthy for the campus of Michigan State University, nor our country, nor our world.”

They followed by stating that the Kappas would be there in numbers to support the university president’s denial of the request.

“We are proud to be holding our annual leadership conference September 15-16, 2017 at the James B. Henry Center for Executive Development on your campus. We will have over 200 Kappa Men from Michigan, N.W. Ohio and Western NY visiting the campus on that weekend. Please know that the more than 5,000 members of the Northern Province of Kappa Alpha Psi Fraternity, Inc. are ready to stand with you and support you in denying this request.”

Other groups around campus and the community also issued their concern and this was part of a huge local outcry.

In a statement released Thursday afternoon, the university said it denied the request.

“This decision was made due to significant concerns about public safety in the wake of the tragic violence in Charlottesville last weekend,” the statement said. “While we remain firm in our commitment to freedom of expression, our first obligation is to the safety and security of our students and our community.”

We at Watch The Yard would like to commend these Kappas on standing up and speaking out. We believe that this letter can be used as an example for all D9 undergrad and graduate chapters when concerned about white supremacist at their schools or in their communities. 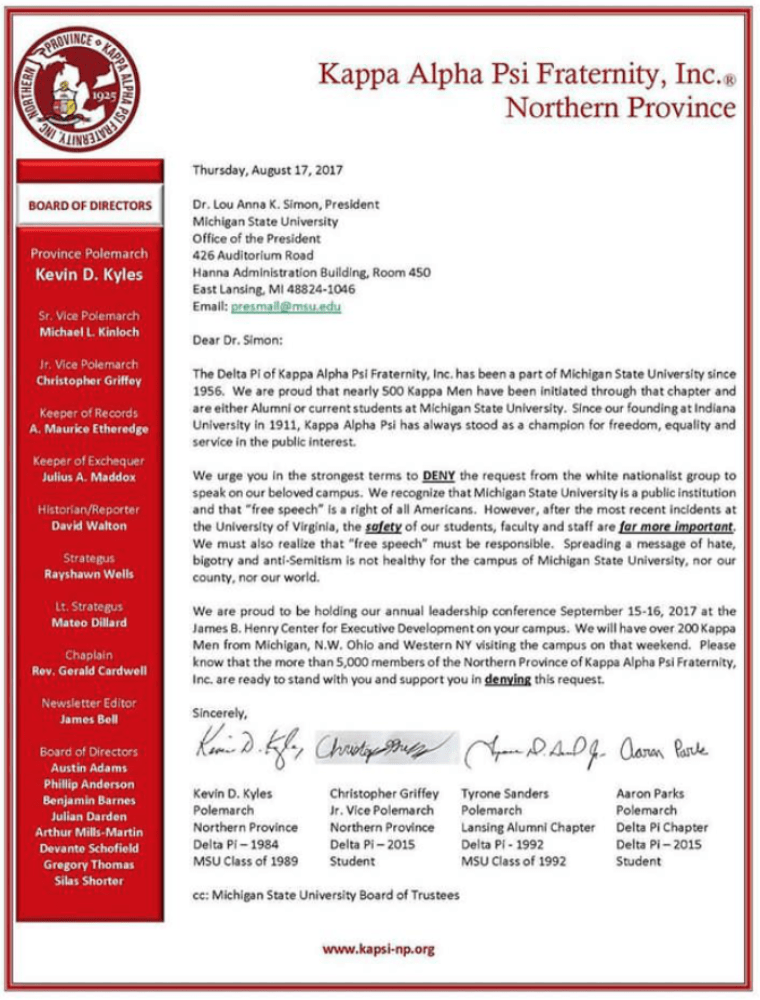