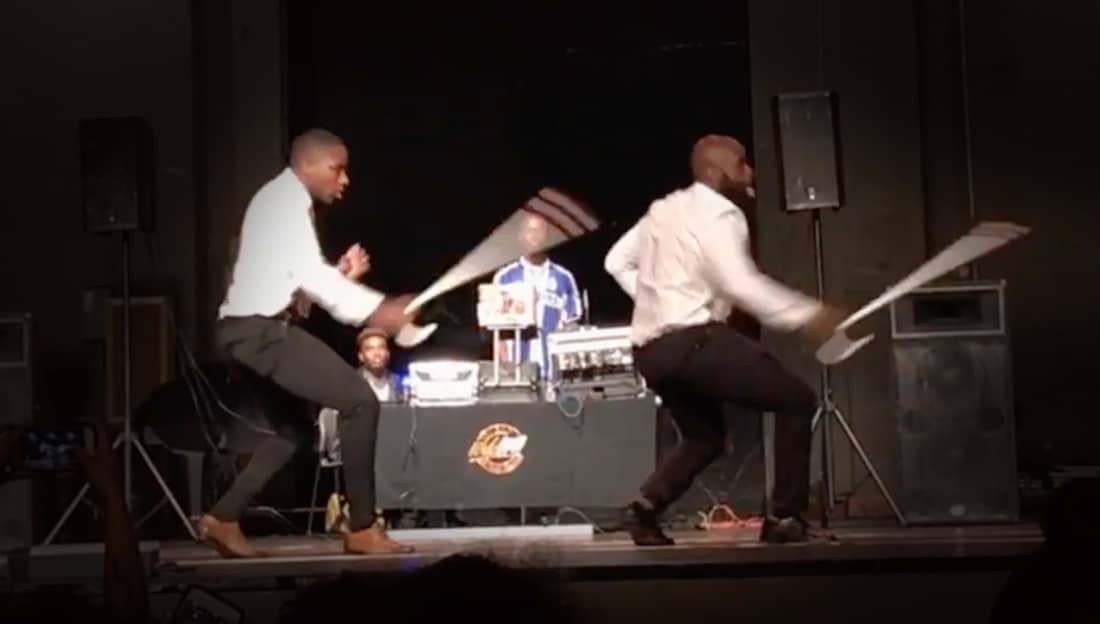 The brothers of Kappa Alpha Psi in Connecticut are the TRUTH when it comes to Kanework.

During a recent performance at the University of Bridgeport’s Meet the Greeks event, Shannon Harrell and Devon Carter-Weekes took to the stage and blew the crowd away with a Kane performance that had us hoping it would never end.

We reached out to the brothers and this is what they had to say about the Kane and their performance.

“The Kane is very important to our tradition. For decades, it has one of the things that really made us unique in our identity. Also, in an era where the Kane wasn’t being utilized as much as it should have been, we just wanted to bring that back and represent the fraternity and our prophytes in the correct manner.”

The Rho Gamma Chapter is a metro chapter, so the brothers hail from various schools like Southern Connecticut State University, the University of New Haven, and the University of Bridgeport. After the brothers finished up their Kane routine, their Spring 17 neos (Yasir Lawrence, Stanley Dameus & Jonathan Pierre) took to the stage to hit a stroll performance.

Check out their video below: