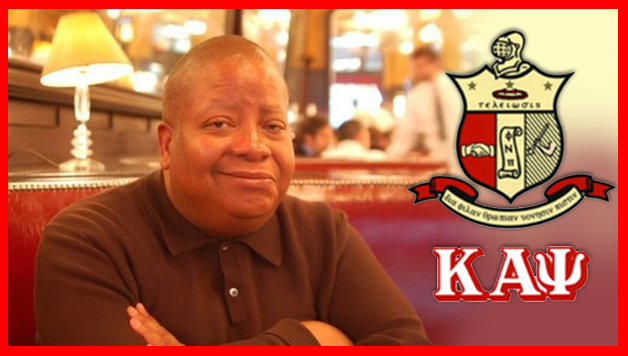 Today marks the one year anniversary of the passing of a modern legend of Kappa Alpha Psi, Bro. Jonathan Hicks.

Brother Jonathan P. Hicks transitioned into Chapter Invisible just after day-break on Monday, November 3, 2014. He was a renowned journalist who wrote for the New York Times, a civic leader in Brooklyn, NY and was widely known as one of the most popular and brotherly Nupes in Kappa Alpha Psi where he served as the editor of the Kappa Journal.  As the Journal editor he raised its quality to be competitive to any similar publication in the world.

“Brother Hicks was born December 4, 1955; was initiated in to Kappa Alpha Psi Fraternity, Inc. at the University Missouri, the Delta Omega of Kappa Alpha Psi Fraternity, and January 3, 1977.” Kappa Alpha Psi’s website states. “He received the Elder Watson Diggs award during its 81st Grand Chapter Meeting in Houston, Texas on August 7, 2013, the second highest competitive honor awarded a member of the fraternity. At his death, Brother Hicks was a member of the New York Alumni Chapter.”

Brother Jonathan P. Hicks’s legacy will never stop in the world of Kappa Alpha Psi not just because of his warmth and friendliness but also because he was the singing voice of the fraternity. Bro. Hicks was premier soloist of the fraternity, who traveled regularly as guest soloist and keynote speaker to chapters everywhere.

We at WatchTheYard.com had personal ties to this brother and instead of mourning him sadness today we are doing what he would have wanted and are honoring his legacy with song. We have compiled the following list of videos of him singing Kappa songs that we would like to share with you.

Please share this list of videos on your Facebook and social media accounts with as many Nupes as possible so that we can collectively celebrate the life of this loving brother on this day.

Please leave your thoughts and memories in the comment section below.

While this is not the best quality video it is what we at WatchTheYard.com want to start off this gallery of videos with because it perfectly explains the presence of Brother Jonathan Hicks. At any fraternity event or gathering he would always sing a song even if it was in a hotel room. This video is from the North Eastern Province Council Meeting in 2003.

Click on the arrows below to see more videos of Hicks performing.