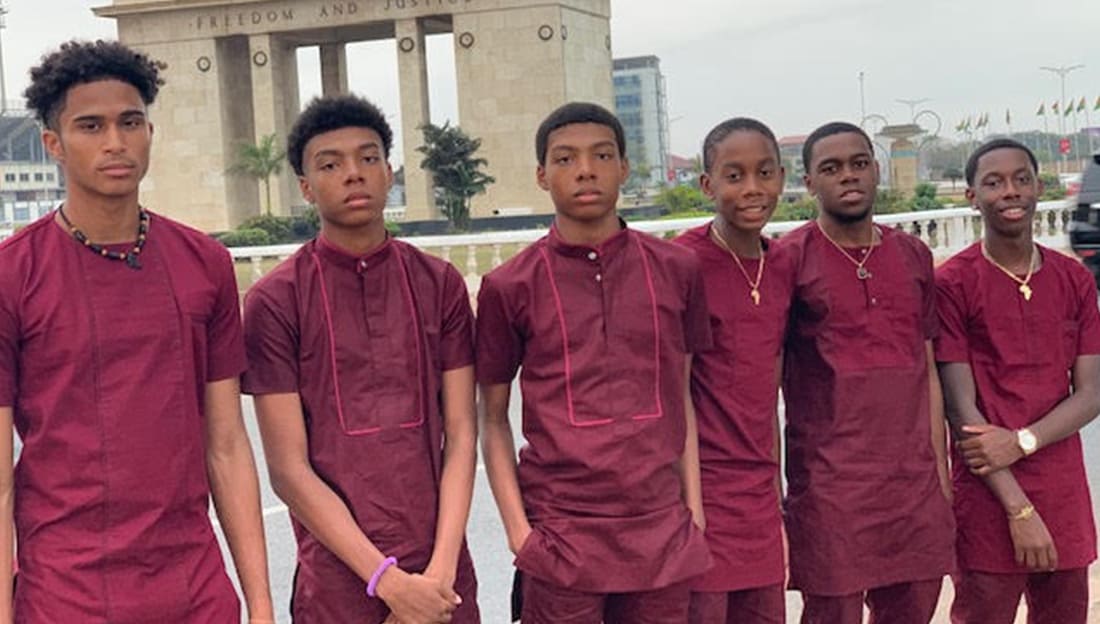 The brothers of Kappa Alpha Psi from Montclair, New Jersey are taking their mentorship international. This year the Montclair Kappa League took their mentees to West Africa.

The Republic of Ghana is currently hosting “The Year of Return”, in recognition of the 400th year anniversary of enslaved Africans reaching the shores of Jamestown, VA and the Kappas wanted to make sure that youth from the area they serve had the chance to experience it.

Along the way they also visited adinkra stamping and kente weaving villages, the Elmina Castle where slaves were held captive before being shipped across the Atlantic and the Dr. Kwame Nkrumah Mausoleum.

The trip had a powerful effect on the Kappa Leaguers. “Walking down the same path some of our ancestors followed to their last bath (before being sold in to slavery) I felt connected,” Jayvin Irby, a graduating high school senior and the President of Montclair Kappa League, described his experience of The Ancestral River. “Seeing the river itself, and trying to imagine the torture they had to go through forever changed my life.”

We at Watch The Yard would like to commend the brothers of Kappa Alpha Psi giving these young Black men a chance to connect with the continent of Africa in such a powerful way.