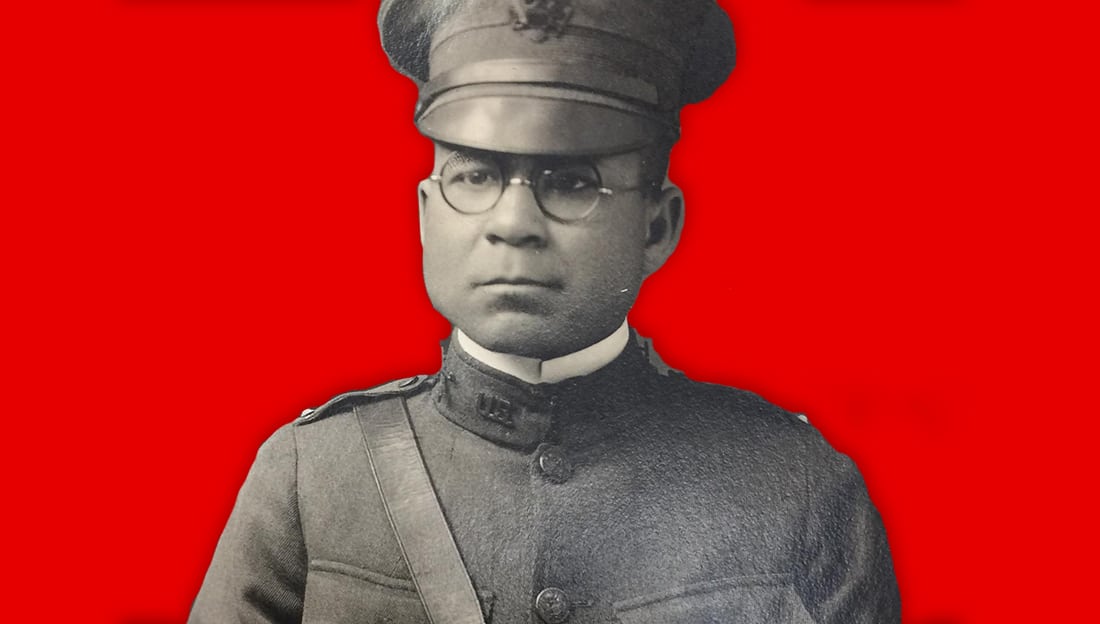 Did you know that most of Kappa Alpha Psi’s founders served in the US military during WWI?

It’s true. Of the ten men who founded the fraternity, seven of them served in WWI as their young fraternity was growing.

We at Watch The Yard reached out to Kevin Scott, the fraternity’s official Historian and created a list of the Kappa Alpha Psi founders who served during the “Great War.”

Founder Elder Watson Diggs entered the nation’s first Negroes Officers Training Camp at Fort Des Moines, Iowa and was commissioned a First Lieutenant.  After serving in Europe with the 368th Infantry, he rose to the rank of Captain in the Army Reserve Officers Training Corps.  Diggs also was a past commander of the American Legion.  Subsequent to the war, Diggs was instrumental in having the Indiana constitution amended to permit Negro enlistment in the Indiana National Guard.

Founder Edward Giles Irvin served in the U.S. Army during the WWI as a Combat Medic and was cited for bravery for his actions with the Expeditionary Forces in France.  He served on the Selective Service Board during WWII and the Korean War.  He received the 2nd highest medal that is given by this country for valor.  He also received two Distinguished Service Awards, from President Truman and Eisenhower respectively.

Founder John Milton Lee enlisted in the Army in 1917 and was a non-commissioned officer assigned to Battery F, 349th Field Artillery Regiment, 167th Field Artillery Brigade of the 92nd Division.  The Division organized at Fort Dix (New Jersey) in November 1917. The Field Artillery component was the first Negro Artillery Regiment in the history of the military.  Lee subsequently served overseas as a Sergeant First Class and Gunner. His battery enjoys the unique distinction of having been the first Battery of Negro Artillerymen ever to open fire upon an enemy in WWI. He was an associate editor of Modern Artillerymen, the official record of Battery F.

Founder Henry Tourner Asher served a year overseas in France during World War I and attained the rank of corporal.  He was assigned to the 809th Pioneer Infantry unit of the U.S. Army.

Founder Marcus Peter Blakemore enlisted with the U.S. Army in World War I and served in the U.S. Army as the rank of Private with the 30th Company, 154th Depot Brigade.

Founder Ezra Dee Alexander served in the Army Medical Corps during WWI and as a medical examiner during WWII.

Click here to see a list of notable members of the fraternity who have served in high ranks in the US Military.