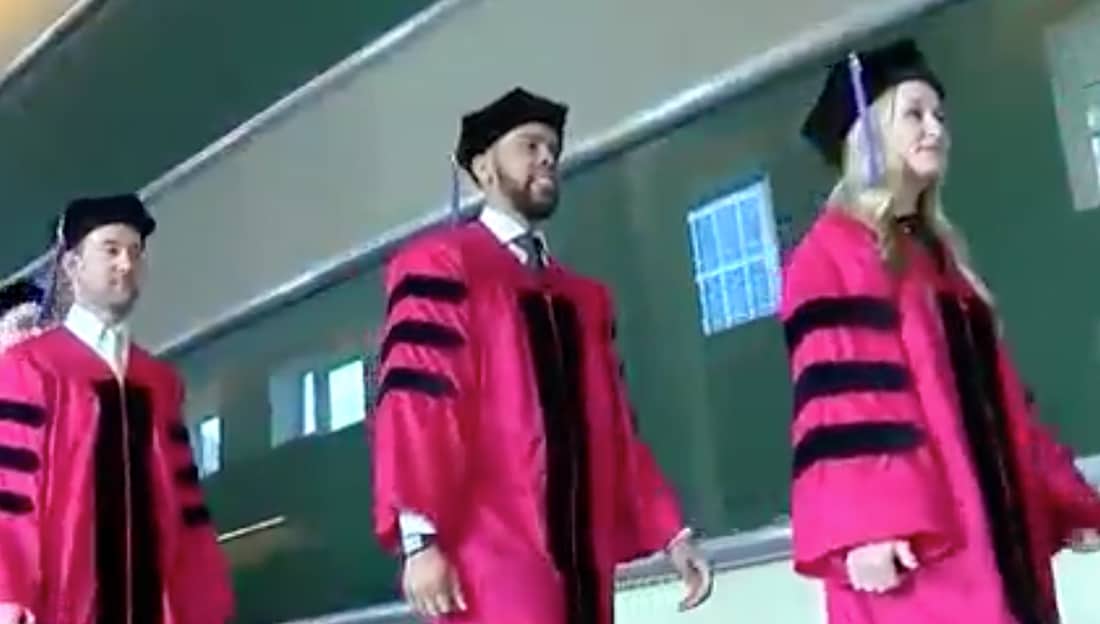 The brothers of Kappa Alpha Psi are about “Achievement in Every Field of Human Endeavor” and nothing exemplifies that more this week than the story of Darrell Kelly, a 24-year-old member of the fraternity who graduated with his law degree and MBA from two different schools on the same day.

Kelly graduated from high school when he was only 16 and received his undergrad degree from Howard University four years later.

According to WCPO 9, while doing both MBA and a law degree, Kelly held down two part-time jobs: one as a legal extern at Baker & Hostetler LLP and one as a graduate assistant at Xavier.

While there are universities that offer joint MBA/Law degrees this story has been covered across the country because he not only did it at such a young age but he and his family had to rush to go to both graduation ceremonies on the same day.

Kelly is a 2015 initiate of the Cincinnati Alumni Chapter of Kappa Alpha Psi.

We are certain that this young man’s hard work and dedication are going to take him very far in life.

Share this if you think he deserves to go VIRAL