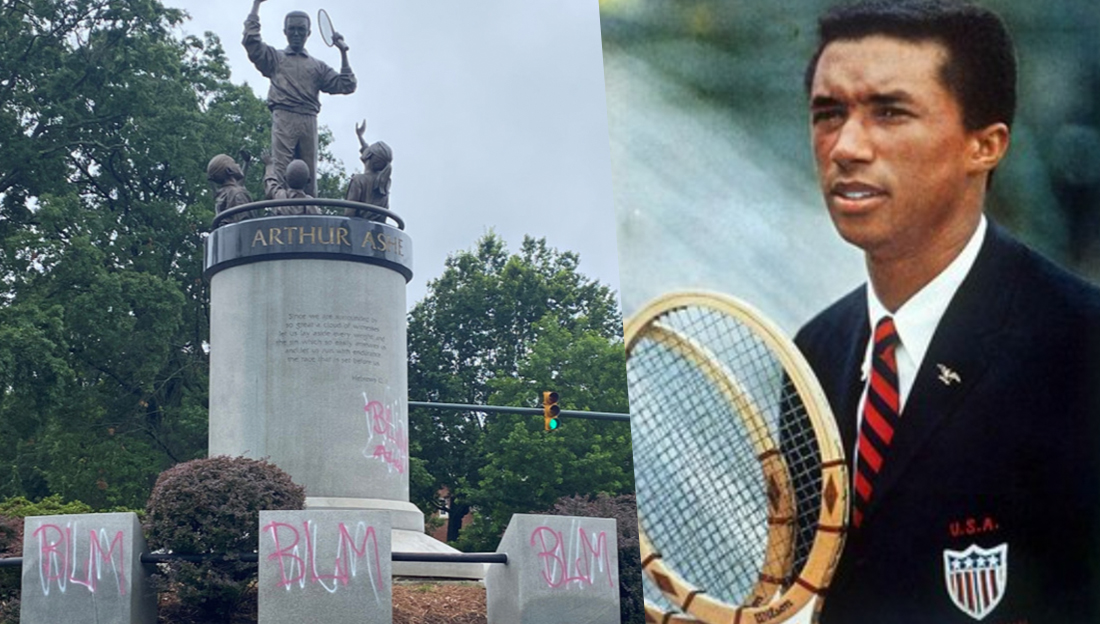 Video footage taken of the statue show the monument tagged with white spray paint and the words “White Lives Matter” and initials “WLM.”

The Richmond Police said they were alerted to the vandalism early on Wednesday. Community members quickly responded by painting “BLM” over the vandalism and then cleaning the statues all-together.

The Arthur Ashe monument was unveiled in Richmond in 1996 to memorialize, Ashe who was from the city. It was placed on Monument Ave a famous avenue filled with monuments of Virginian Confederate veterans.

Ashe, who was a member of Kappa Alpha Psi, was the first black man to win U.S Open, Australian and Wimbledon titles. A staunch advocate of civil rights, he campaigned for U.S. sanctions against apartheid South Africa and the expulsion of the nation from the International Lawn Tennis Federation.

Jer’Mykeal McCoy, a fellow member of Kappa Alpha Psi, who is campaigning for city council in Richmond released the following statement:

“The statue of Richmonder, tennis legend, philanthropist, and fellow Kappa Alpha Psi Fraternity, Inc. member Arthur Ashe was defaced this morning with racist language on Monument Avenue. This is an outrage to those of us that fight systematic racism and we will not be intimidated by this cowardly act done this morning.  Brother Ashe’s life and achievements are a lasting testament to what we should strive for as Richmonders. This act was done on the heels of Richmond Police Chief William Smith’s forced resignation. This moment shows that we as a city need to move in a new direction. Our leaders must take aggressive steps to adopt transformational policy to ensure Richmond moves toward a culture of equity and inclusion. Thank you to all those that came and cleaned the statute. You show that we will not stand for this.”