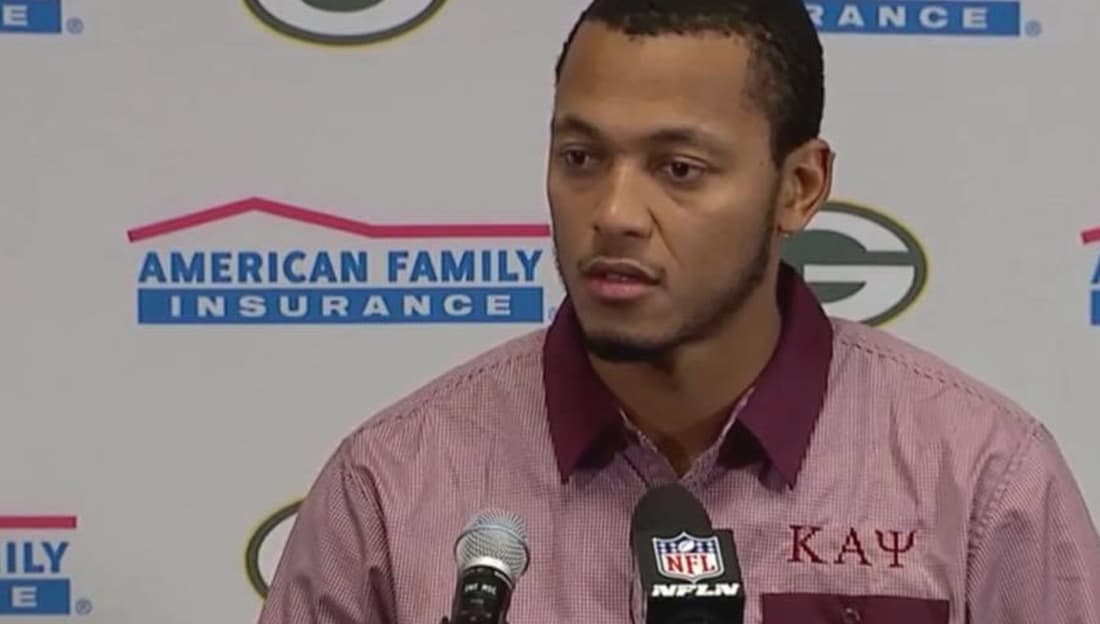 On Sunday, Green Bay Packers starting QB, Aaron Rodgers suffered a broken collarbone as he was taken to the ground by Vikings linebacker Anthony Barr. With Rodgers now expected to be out for the season, Brett Hundley, a member of Kappa Alpha Psi will lead the Green Bay Packers and take his place.

Hundley played college football at UCLA and was the Bruins starting quarterback from 2012 to 2014 where he was initiated into the Upsilon Chapter of Kappa Alpha Psi in 2013. He is the UCLA’s career leader in both total offense and touchdown passes and was drafted by the Packers in the fifth round of the 2015 NFL Draft.

At the post game interview Sunday, Hundley subliminally donned a shout out to his fraternity brothers by wearing a Kappa Alpha Psi polo shirt.

Check out this video of him hitting the shimmy for his wife at their wedding.