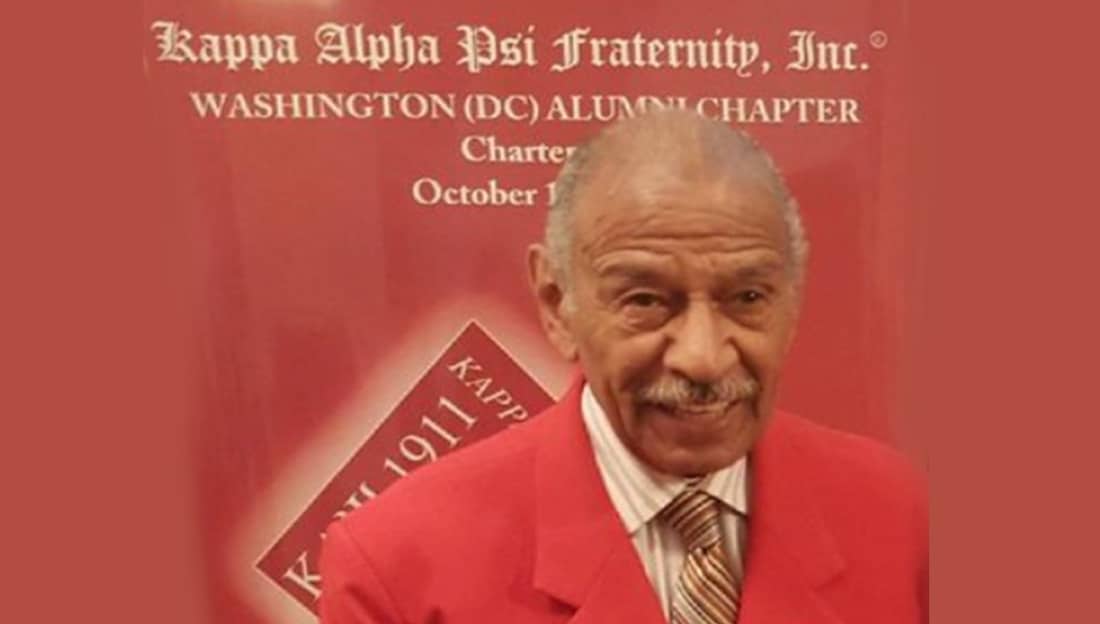 Today it was announced that the former Michigan Democratic congressman, Jon Conyers, who was one of the longest-serving members of the House of Representatives and a member of Kappa Alpha Psi Fraternity, Inc. had passed away.

According to the Associated Press, the Detroit police department stated that Rep. Conyers died in his home of what appeared to be “natural causes.”

A major force of the civil-rights movement, in 1969 Conyers co-founded the Congressional Black Caucus. He also sponsored a bill that led to the founding of the Martin Luther King Jr. Day holiday.

Conyers was a 1951 initiate of the Gamma Eta Chapter of Kappa Alpha Psi Fraternity, Inc. Shortly after the news of his passing the fraternity took to Instagram to honor his legacy.

Conyers had a long career in politics and is one of only a few politicians to serve in Congress over 50 years. First elected in 1964, he served in congress until late 2017 when he step down amid inappropriate sexual behavior allegations which he denied. He holds the record for the longest serving black congressman.

Conyers was an early supporter of Barack Obama during his first presidential run and pushed for gun control, an end to racial profiling by law enforcement and the establishment of a taxpayer-funded national health-care program. He also served as the chairman of the House Judiciary Committee.

We ask that you keep his family and fraternity brothers in your thoughts and prayers.