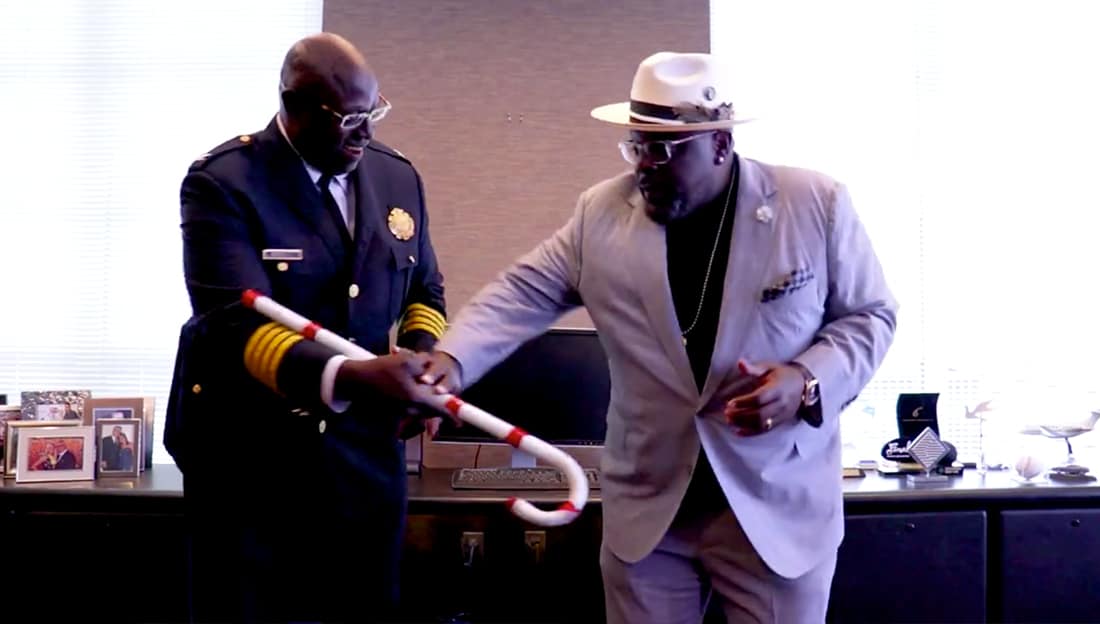 Police departments around the country are shooting viral lip sync battle videos but none have done it quite like the St. Louis Metropolitan Police Department who teamed up to shoot their video with Cedric the Entertainer and a Kappa Alpha Psi twist.

The video that was released Thursday, opens with St. Louis-area native Cedric the Entertainer sitting in the office next to the St. Louis Metropolitan Police Department’s police chief, Colonel John W. Hayden, Jr. who is holding a Kappa Kane and telling the camera that Norfolk Virginia’s Police Department challenged SLMPD to lip sync battle.

Colonel John W. Hayden, Jr. proceeds to show us how them 1980s Nupes break it down.

Cedric is crossed Kappa at  1984 Southeast Missouri State University and Colonel John W. Hayden, Jr. crossed through the Beta Nu Chapter of the fraternity at St. Louis University in 1982. These brothers still got it!

Related: Check Out These Pictures Of Cedric The Entertainer As A College Student Repping Kappa Alpha Psi In The 80s!