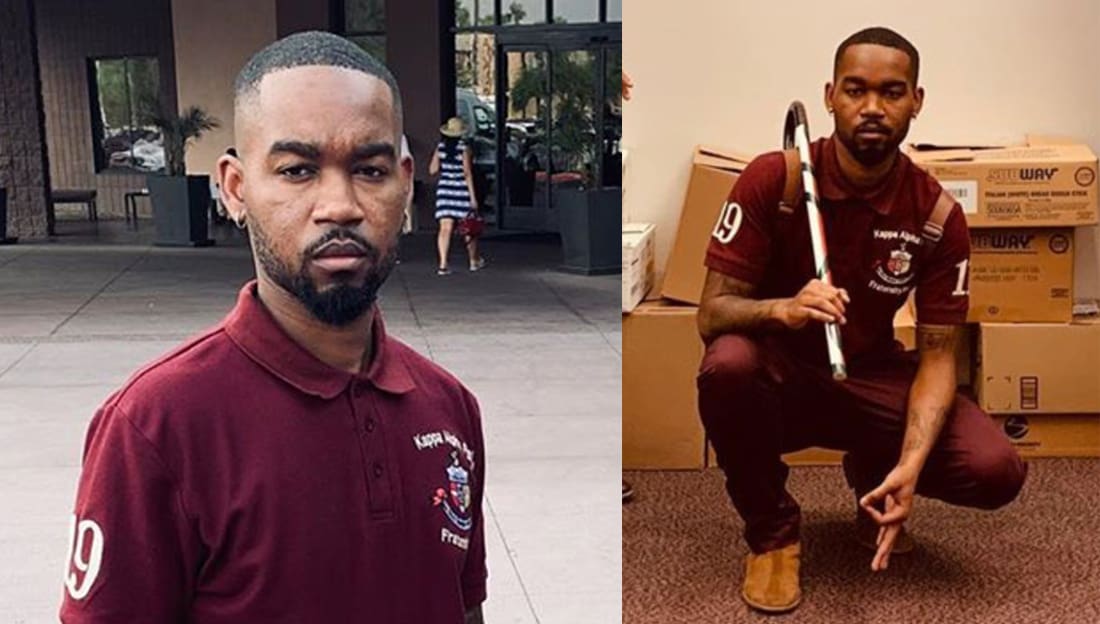 In an effort to highlight the young leaders who are leading undergraduate chapters across the nation, we at Watch The Yard reached out to the brothers of Kappa Alpha Psi Fraternity Inc.’s Theta Sigma Chapter at the University of Nevada Las Vegas and did an interview with James West the Polemarch/president of the chapter.

The position of president of an undergraduate chapter of a Black fraternity is a highly respected role and there is a special pride that one takes. 25-year-old West has used the position to gain new leadership experience, improve the lives of other students on campus and help the community around him.

We interviewed the Communications major and talked about his position, goals, future and what it means to hold a leadership on campus in the digital age.

Being a chapter president means shouldering the responsibility of the chapter. Understanding the roles of its members along with oneself and having a goal in mind in where you would like the chapter to be during your time as the president. 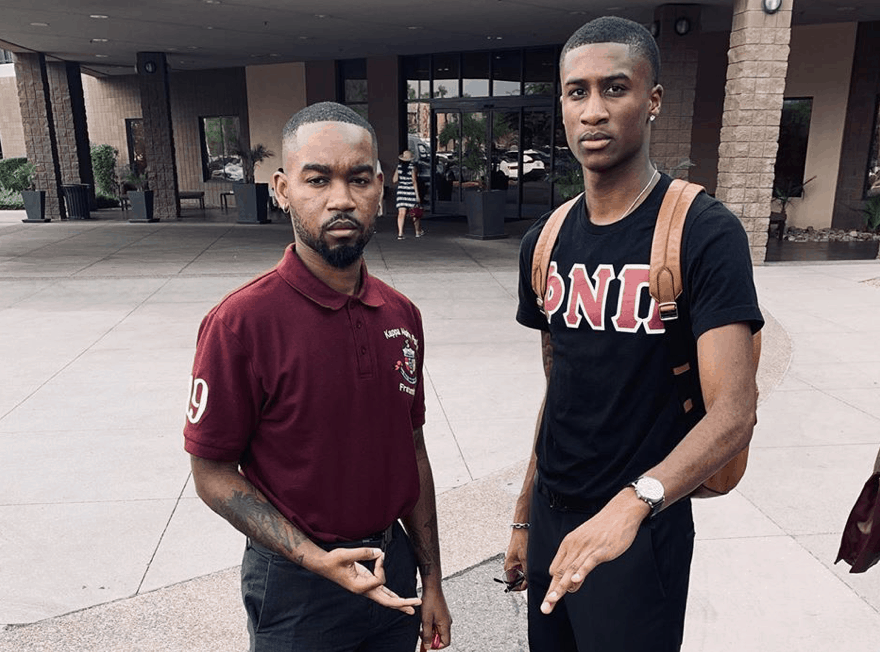 What made you decide to attend the University of Nevada Las Vegas for undergrad?

I decided to attend the University of Nevada Las Vegas on a whim. I did not know much about the school and I was in my last semester at the city college i was attending and had not put much thought into what school I wanted to transfer to. I had a friend that currently attended the school and informed me of UNLV and what the school offers and that I would benefit in applying. After applying and being the only school that I not only applied to, but getting accepted, I took a leap of faith and realized that I made the best choice not only for myself but for those around me who supported me as well.

This year my chapter has planned several initiatives a few of which have already been achieved. The first being a “Donation Box” in which we collected items in response to the Hurricane that struck the Bahamas. We reached out to our brothers in the Bahamas in hopes of offering our assistance in a time of crisis, and within the week we had boxes of supplies from toiletries to canned goods and waters sent out to one of the various consulates that were presented to us. Our second initiative was the PB & J drive where we made sandwiches and passed out to those who are less fortunate within the area of Las Vegas. We understand that there are areas in which poverty has affected and we decided that was the area we would target. We gathered volunteers from the school and other NPHC organizations on campus to assist and the event turned out to be extremely successful. We are currently planning an event where we will have local barbers come to the campus of UNLV and give free haircuts to college students who are in need, and we work with our Alumni chapter with the yearly “Shop with a Kappa” event where we select deserving families who are in need and take them Christmas shopping at the local Walmart. 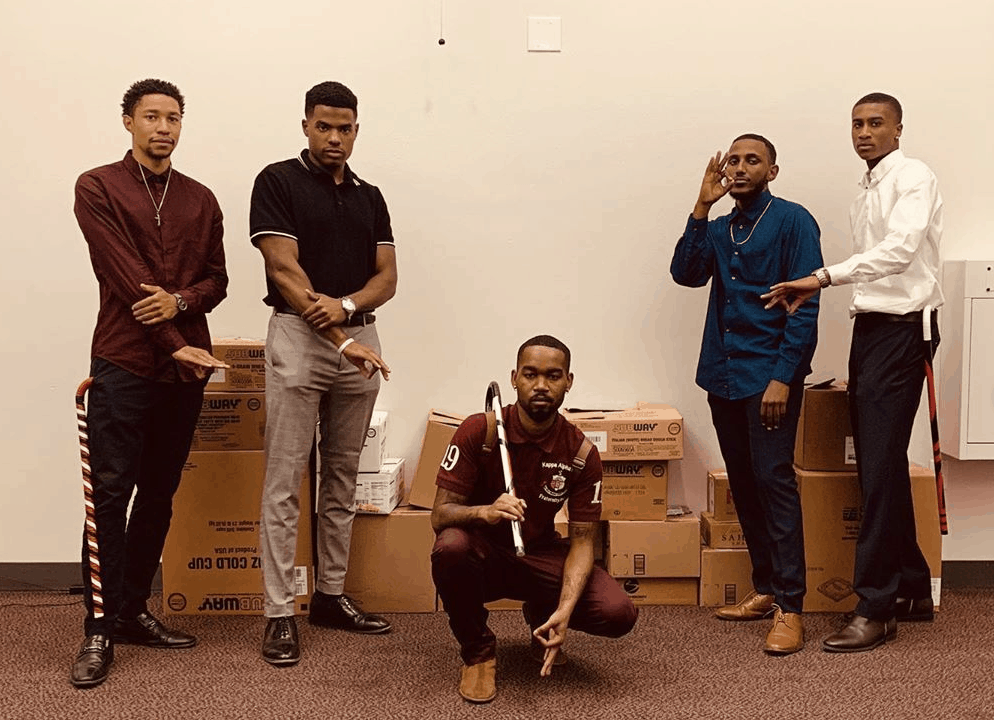 For as long as i can remember I have been around Kappa. With my father being a life member of this illustrious organization, Kappa Alpha Psi Fraternity Incorporated also aligned with the teachings my father gave me growing up, but he never pressured me into becoming a member. He made sure that I did my own research and reach my own conclusions, and the more research into the organization I completed, the more I realized that this is the organization where I belong. I am a firm believer of the definition of “Achievement” because my father always told me and made sure that whatever it was that I wanted to do or even be in life, I was to make sure I excelled in that area and became the best at it. More importantly than what my father gave me, I have seen what the men of the fraternity were involved in and how much they gave back to their communities, which I am a huge advocate for.

My chapter is small, but we are a family, and just like any family, you look out for one another because you care about that persons well being. Every time the chapter gets together it is nothing but laughs with a little bit of shared memories of the past and plans of what is next for the chapter. There is not a single person in this chapter who has not have had some form of influence in either myself or in the chapter as a whole, and I believe that creates something special and sets Theta Sigma apart from the rest.

I believe every chapter needs to be actively involved on social media. We are in a time where social media is huge and how you conduct yourself and what is posted is extremely important to not only future members of your chapter, but to those in the community who look up to you.

Being a leader is a quality that cannot be taught in the classroom. It is a quality that is etched into the essence of a human being ,and those qualities shine brightly to those around you. People will turn to you in times of need for guidance and support that they feel only you can give, and what you decide to do with this quality when it is needed most, determines the definition of what being a leader is.

I believe Watch The Yard is important to Black greekdom because it is a platform that highlights the achievements of all who are doing great work either on their yard or within the community. It signifies Greek unity among black men and women.

Brotherhood is defined by the characters within a certain group. Not every organization whether it is Greek or not exemplifies brotherhood, they can just be a group of men that joined an organization under a common goal, one that holds no meaning, but brotherhood is a lifelong bond that is forged behind teachings and understandings that men hold dear to themselves and wish to teach to another and move forward as a family.

After graduation I plan hopefully pursue a career in the sports field, specifically sports communications.

We at Watch The Yard would like to commend James West for his work as the president of Theta Sigma Chapter which has a long legacy that spans back to 1976.