Pictures of the Kappa Plot at Jackson State University vandalized with racist graffiti hit social media this morning and are causing an uproar.

Students and faculty at the HBCU located in Jackson, Mississippi arrived to campus this morning and realized that the entire Kappa plot on the school’s campus had been covered in green graffiti that included phallic symbols ejaculating on to the Kappa shield, the words “nigger” and “coon” as well as “bitch” written all over the obelisk and the bench dedicated to the fraternity.

The graffiti was quickly cleaned up but remnants of the vandalism are still visibly apparent on the obelisk and bench.

Greeks and students have started to investigate who the perpetrators are on social media, opening up a large discussion of why someone would deface this monument to Kappa Alpha Psi.

While many are claiming that it could have been racists who came to the HBCU at night to disrespect the property, others note that no other fraternity or sorority plot was vandalized, leading them to speculate it was a personal action taken by a student or someone close to the school. “People really think some racist white people came all the way to Jackson to only tag the Kappa plot and no one else’s?” one observer tweeted. “What white person gone go to JSU & only vandalize the Kappa plot, makes zero sense” another followed.

Either way this is a horrible action. 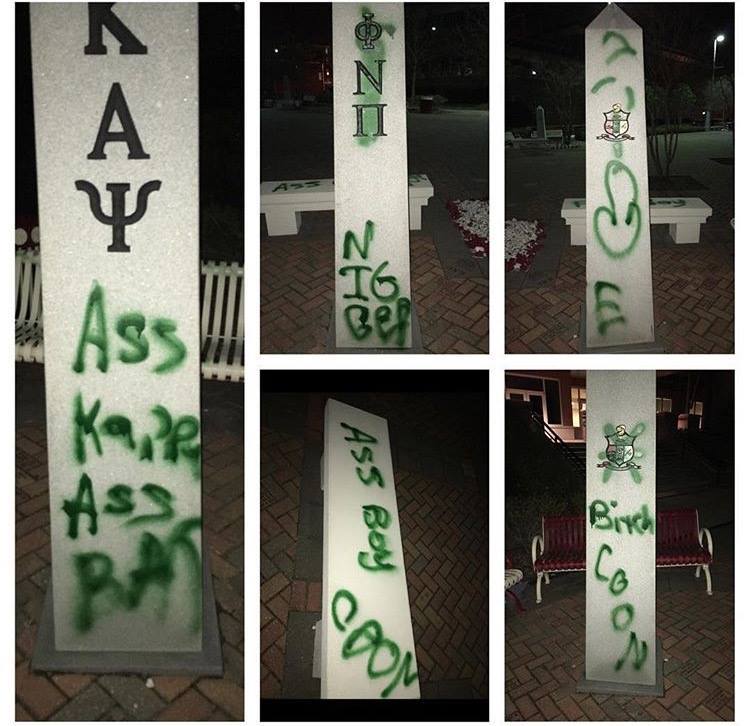