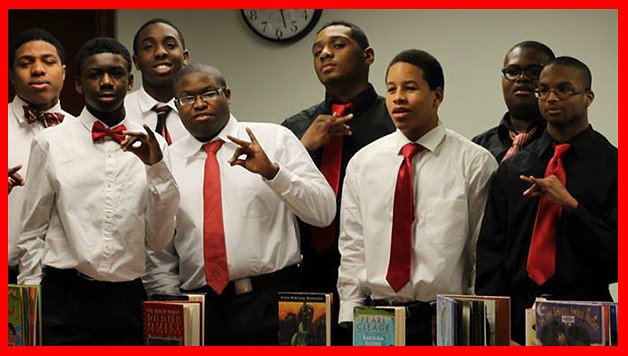 This article was originally posted on Iowa City Press Citizen.

A group of 45 students filled the halls of the Iowa City and Coralville police departments Thursday afternoon not for a standard field trip, but to give thanks to officers in their community.

The students, members of the Iowa City/Cedar Rapids Kappa Youth Leadership League, packed more than 100 care packages as part of the group’s Adopt a Cop initiative.

Filled with energy bars, lip balm, coffee and candy, the care packages were an olive branch to the officers at a time when the nation has been dissecting the relationship between law enforcement and minorities after the events in Ferguson, Mo.

“It’s something that the kids wanted to do,” Alex Lodge, director of the leadership league, said Thursday. Lodge himself is a member of the Kappa Alpha Psi Fraternity, which is a predominately black fraternity. On Thursday, he led a group of mostly black students, members of Kappa Kids and Kappa Junior League, through the halls of both police stations.

>Click here to read the rest of the story< 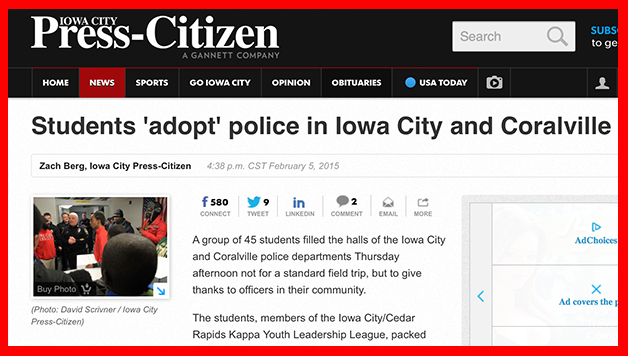