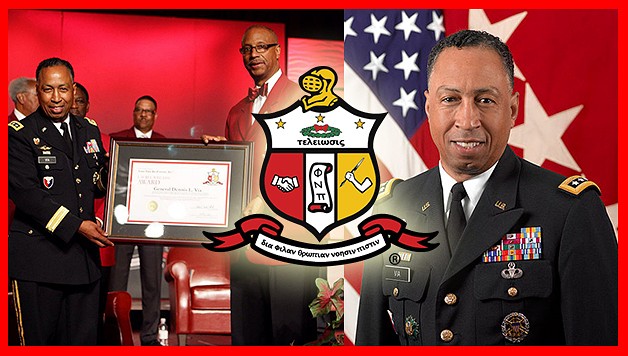 Four Star General Dennis L. Via was awarded the 72nd Laurel Wreath today at the Kappa Conclave, the highest award available to a member of Kappa Alpha Psi Fraternity, Inc.

Bro. General Via is an initiate of Virginia State University’s Alpha Phi Chapter of Kappa Alpha Psi and a native of Martinsville, Virginia who joined the Signal Corps on May 18, 1980 after graduating as a Distinguished Military Graduate from Virginia State University. He holds a Master’s Degree from Boston University, and is a graduate of the U.S. Army Command and General Staff College (class of 1991) and the U.S. Army War College (class of 1999).

Let’s show Bro. General Via some love in the comment section below! This brother truly represents ACHIEVEMENT!

Click on the arrows below to see pictures of Bro. General Via. 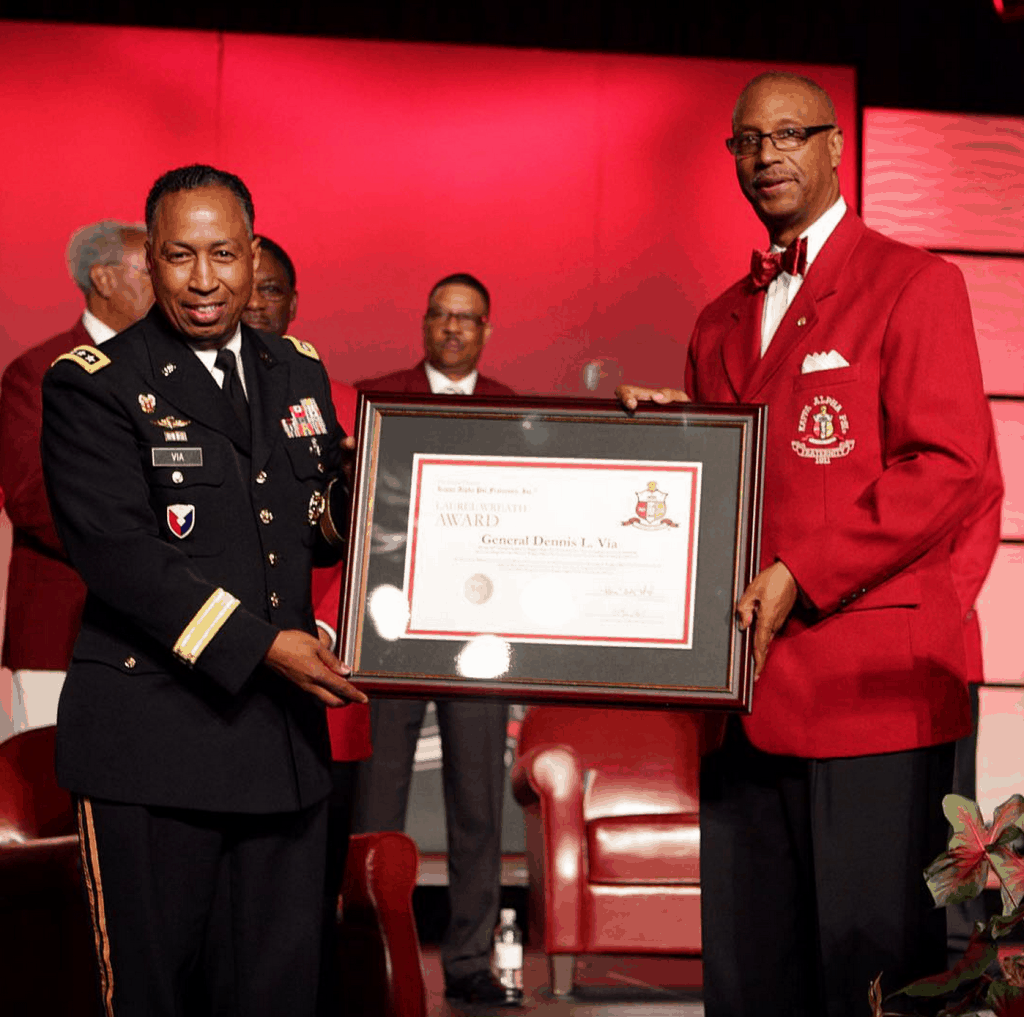