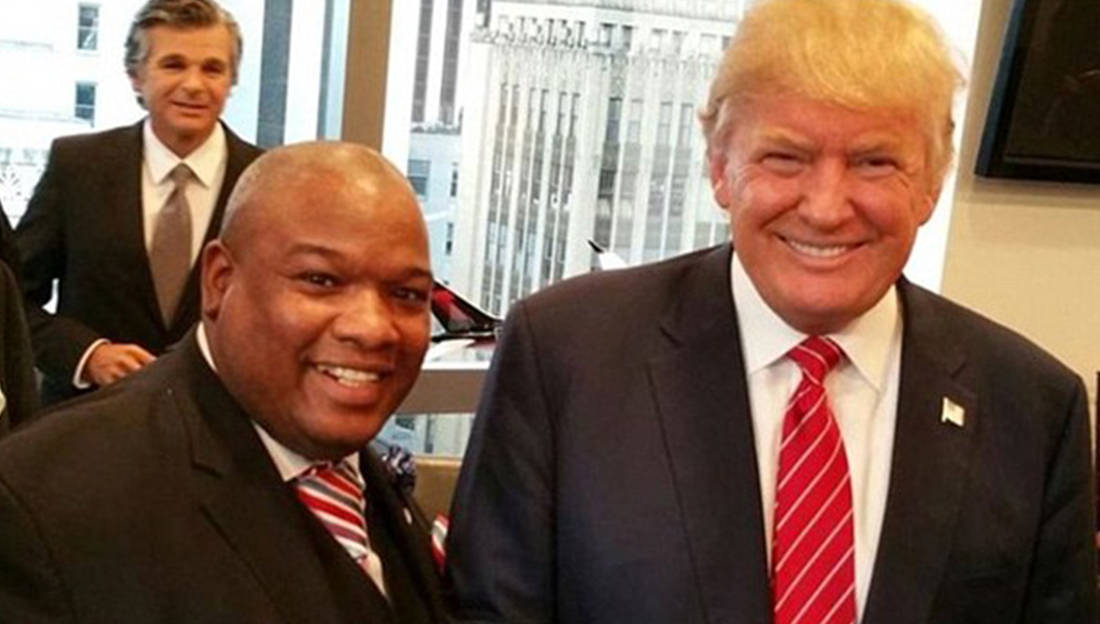 This story was originally posted on September 4th 2016.

Have you ever thought about lying and telling people that you are a member of a Black fraternity or sorority when you are not in order to impress them, the people around you, or beef up your resume? Well guess what? That is probably a bad idea. In the particular case of Pastor Mark Burns, a prominent surrogate for Republican presidential candidate Donald Trump, it turned out to be a REALLY REALLY bad idea.

Pastor Mark Burns, a televangelist from South Carolina, caught the notice of one of these perp-catching networks after giving a speech at the Republican National Convention. Burns is a prominent surrogate for Donald Trump and has been used by the Trump campaign to speak on behalf of Trump and introduce him on the campaign trail.

Here is a video of him leading an “All Lives Matter” chant at the GOP convention:

Here is a controversial image of Democratic presidential nominee Hillary Clinton in blackface that he tweeted, before taking it down and apologizing for it after it hit the press. Needless to say, Burns is already a controversial mouthpiece. 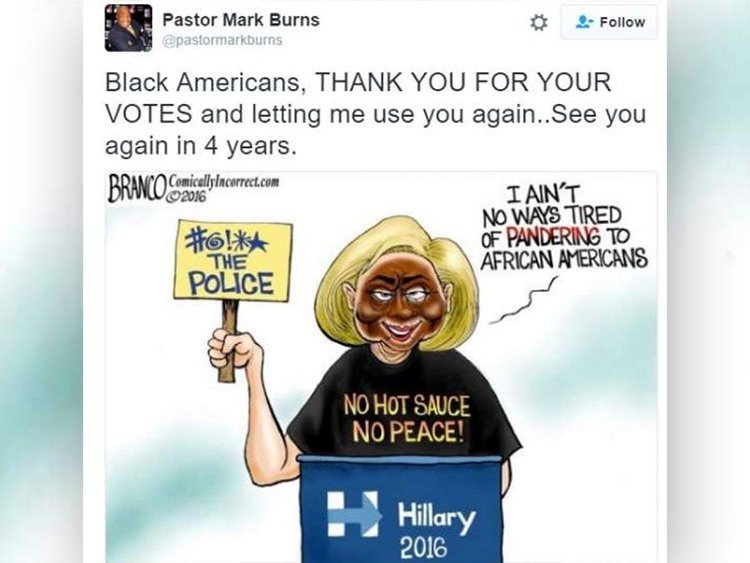 Inthe bio section of his personal website, Burns had claimed that he was a member of Kappa Alpha Psi Fraternity Inc., and this came to the attention of the network of Black greeks who specialize in catching people who claim to be greek but are not. The group did a background check and things went downhill from there.

Word got out to CNN who flew Damon Davis, a member of the Kappa Alpha Psi, Fraternity, Inc., who prides himself in catching these perpetrators to their CNN Headquarters in Atlanta for an interview. It turns out that after realizing that Burns had lied about his membership with the fraternity, other aspects of his bio also turned out to be false including the fact that he had a bachelor’s degree from North Greenville University and that he was a member of the Army Reserve for six years.

Watch the video of the CNN interview below:

We at WatchTheYard.com reached out to Damon Davis and he told us that perping like this from high-profile people is not uncommon:

“This is the second big political guy caught up in a [perping] situation like this and this is about the 6th celebrity,” he stated in a message to us. “There is no need to misrepresent yourself as a member of these organizations in life and/or on social media. We will find you, we will put the entirety of your life and any other lies out there for public consumption no matter the irreparable damage it may cause to your personal life, finances, or work. Be yourself.”

If anything, this story about Mark Burns is proof that perping is a bad idea.

Share this story if you think it needs to go VIRAL.