It is with great sadness that we inform you that the Vice Polemarch of the Brooklyn Long Island Alumni Chapter of Kappa Alpha Psi, Phil “Flex” Romain, has passed away at the age of 54 years old.

Bro. Romain was born in Trinidad in 1961 and moved to the United States when he was just 5 years old. He attended college at Syracuse University where he earned a Bachelor’s of Science in Communication/Management in 1985. He crossed Kappa Alpha Psi’s Delta Beta Chapter in the Spring of 1981 and was known by many as the “Dean of Delta Beta.” At the time of his passing, Bro. Romain was in office on his second term as the Vice President of the Brooklyn Long Island Alumni Chapter of the fraternity. He was also president of the East 26th Street Block Association and the secretary of the Delta Beta Executive Scholarship Foundation.

Black greekdom has come together to mourn the loss of Bro. Romain who passed on January 8th, 2016. He was a great brother and will be dearly missed.

Please leave your condolences and memories of Bro. Romain in the comment section below for his family to read and let them know how much he meant to us all. 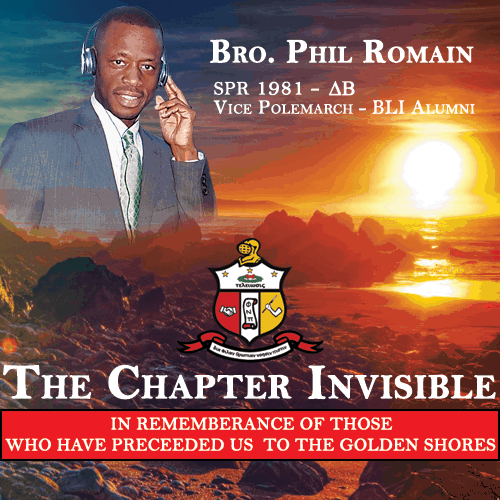 Click on the arrows below to see more pictures of Bro. Romain.