Connect with us
1.4K Shares
Share1.4K
Tweet
Share
Prev1 of 9Next
Use your ← → (arrow) keys to browse

According to Florida Highway Patrol, Berhane was driving a 1998 Honda Accord southbound on I-75, when for an undetermined reason he struck the median and his vehicle was flipped several times, ejecting him from the drivers seat. He was flown by air rescue to Memorial Regional Hospital in Hollywood, Fl where he passed due to a collapsed lung.

According to NBC Miami, Berhane was not wearing a seatbelt at the time of the incident and alcohol was not a factor in his crash.

Berhane was a proud Eritrean and a Spring 2014 initiate of Kappa Alpha Psi Fraternity, Inc.’s Delta Psi Chapter. Members of the Black Greek community as well as friends and family from all over the country have since created the #LongLiveRey hashtag and are expressing their pain and sorrow as well as memories of the young man.

We ask that you keep the family, friends and fraternity brothers in your thoughts. We also ask that you leave your condolences and memories of Rey in the comment section below so that his family can see how much he meant to all of us.

Click on the arrows below to see pictures of Rey as well as posts that people have left in remembrance of him. 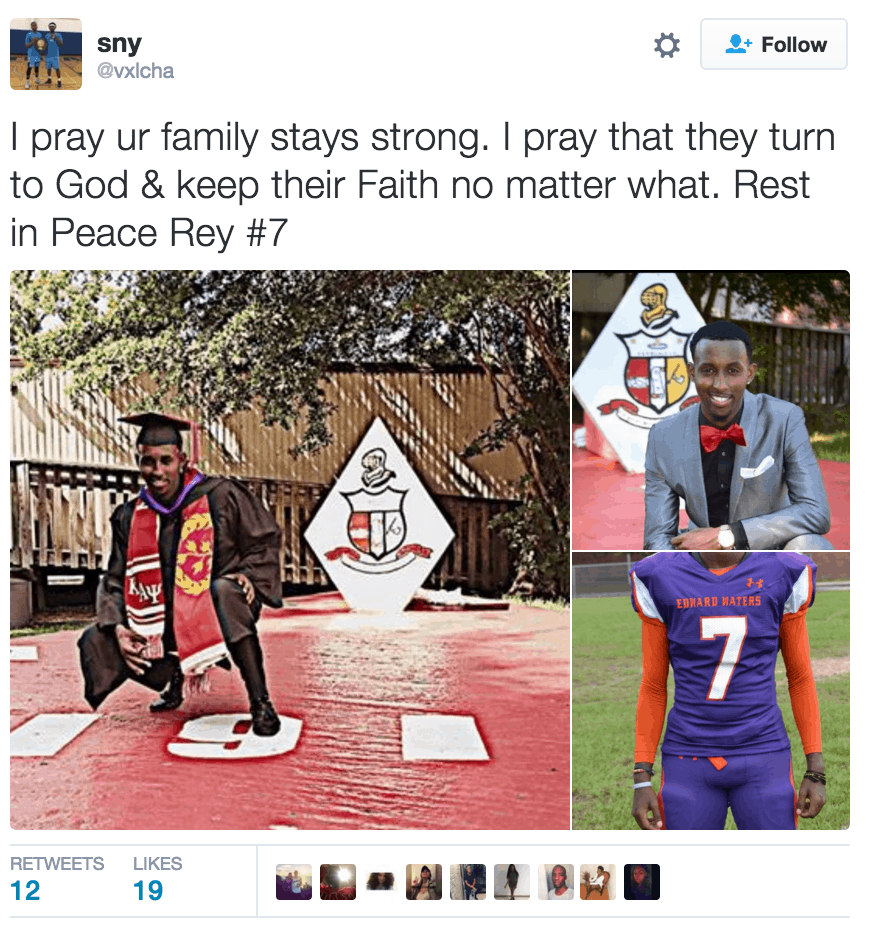 Click on the arrows below to see pictures of Rey.