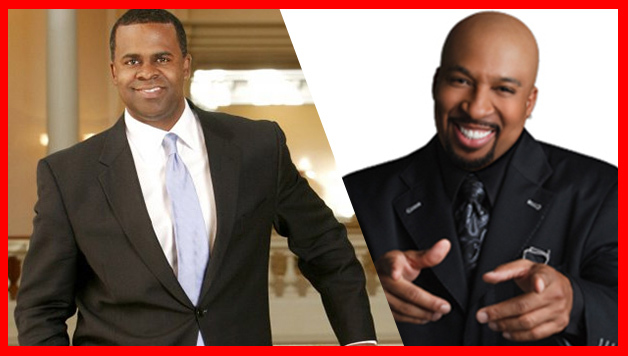 Atlanta Mayor Kasim Reed is a member of Kappa Alpha Psi and isn’t scared to show it.

Steve Harvey recently hosted the Neighborhood Awards at the Philips Arena in Atlanta and Nephew Tommy (a member of Kappa Alpha Psi) was able to coerce the city’s Mayor Kasim Reed, who is also a Kappa, to break it down on stage for the crowd and show his Nupey moves.

“Now we’ve seen the president singing, we’ve seen the president dance, but I ain’t seen Mayor Kaseem Reed getting it,” Nephew Tommy said with a smile on his face.”So I’m just curious, with a little music…” Nephew Tommy then breaks it down as the song “It Takes Two” starts blasting from the speakers and Mayor Reed follows while hitting an old school Kappa bop and throwing up the signature “Yo” hand sign.

Reeds has been getting major love for repping his fraternity on stage while some on social media have made note to Nephew Tommy’s Omega Psi Phi like dance moves at the beginning. What do you think?

Show the Atlanta Mayor some love in the comment section below!