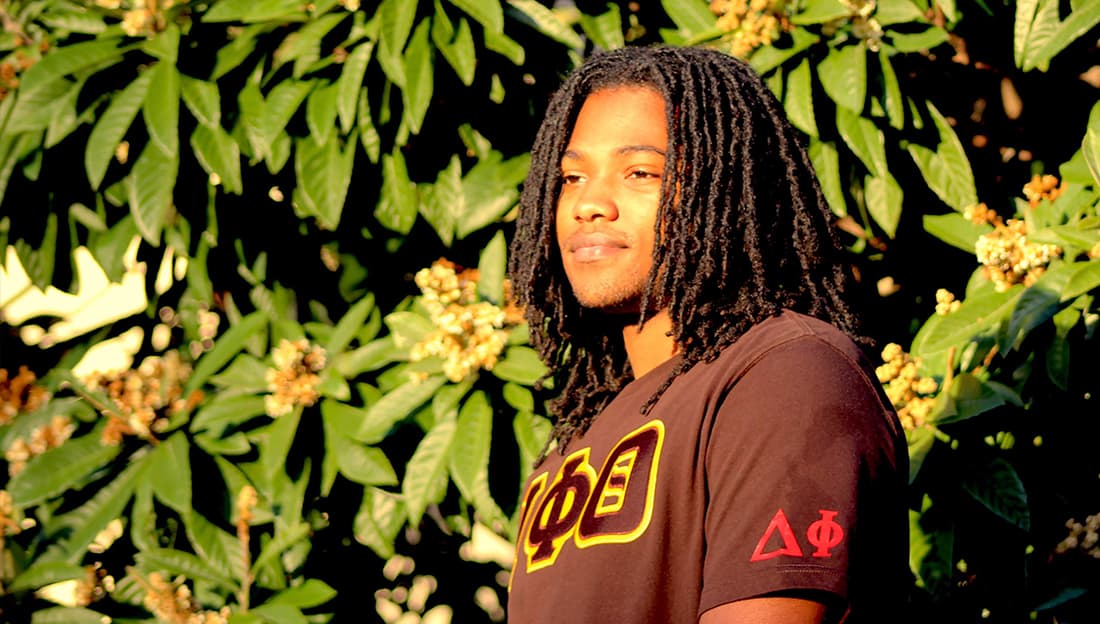 In an effort to highlight the young leaders who are leading undergraduate chapters across the nation, we at Watch The Yard reached out to the brothers of Iota Phi Theta Fraternity Inc.’s Delta Phi Chapter at Valdosta State University and did an interview with Jalen Killings the Polaris/president of the chapter.

The position of president of an undergraduate chapter of a Black fraternity is a highly respected role and there is a special pride that one takes. 21-year-old Killings has used the position to gain new leadership experience, improve the lives of other students on campus and help the community around him.

We interviewed the Computer Science major and talked about his position, goals, future and what it means to hold a leadership on campus in the digital age.

I’ll express this via metaphor. To me, being chapter president (or Polaris, in the case of IOTA) means to be the brain sending information to the nerves all over the body, or in this case the other brothers within your chapter. Being that a lot of information is given to only presidents, everyone else in the chapter must be informed by the Polaris as far as what’s going on, or what is in the near future. The Polaris is also seen as the voice of reason, as they are often found in situations where they’re forced to make the best decisions for the chapter, whether that decision be a benefit, cost, or both in a way. 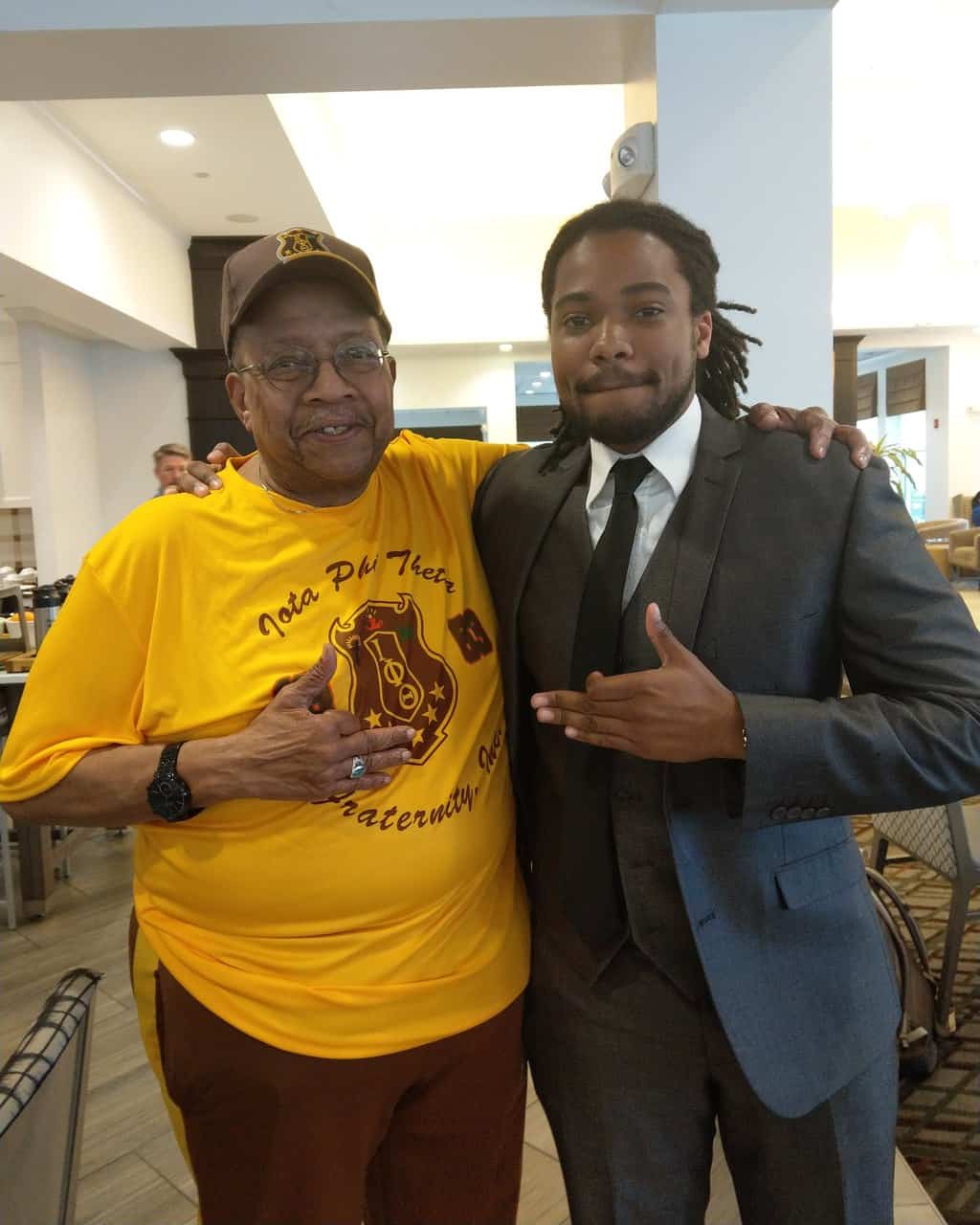 What made you decide to attend the Valdosta State University for undergrad?

I was doing college searches in my last semester of high school, and found a college fair within a shopping mall me and my mom were walking around in. After visiting most of the tables (West Georgia, Georgia Southern, etc) I had seen a bright red table near the edge of the circle of tables, and got curious, Turns out it was Valdosta State University, and they had chosen a hell of a guy to represent them at this fair. As soon as I told him I wanted to major in Computer Science, he sold the school to me like a dream. Turns out the school had the credentials for their CS curriculum to back it up too, which I compared to the other schools I was interested in. Overall, VSU had my vote.

As per every year, we are in the process of creating a fundraiser that will receive proceeds that go towards St. Jude’s Hospital; an initiative run by IOTA chapters all over to show that we care about one of the most humbling and deserving businesses on the face of this earth. We also are expecting to have another successful Spring semester with our Miss Class & Culture Scholarship Pageant, which gives the lucky winner of the philanthropic event a chance to make an impact on their environment in their own special way. For example, our 2019-2020 Miss Class & Culture, Jayda Galmore is using her platform, “Jay’s Motion Pictures” to have an event at the local Valdosta Boys and Girls Club that’ll give the children there a chance to explore three different forms of creativity (dance, singing and art) in the hope of giving them an early taste of activities they could become interested in as teens. 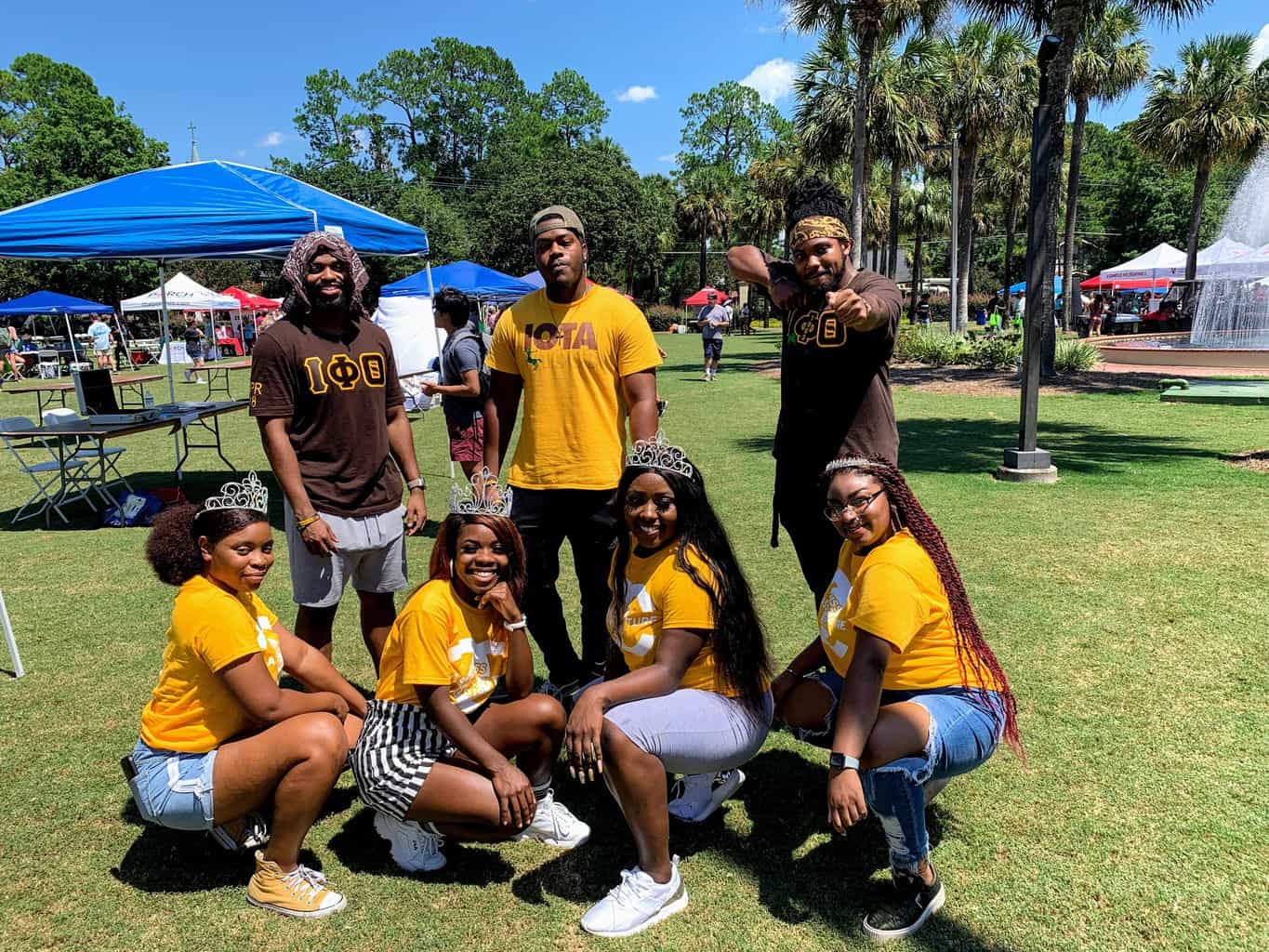 What made you want to pledge Iota Phi Theta?

I pledged IOTA, the latest and greatest fraternity out of the Divine Nine because it was the only frat that treated me like family before I was even a member. As a non-greek I had felt like that was because the other D9 frats were too selective/stuck up for me, but now I realize that they more so focus on those that want to join them, instead of those that know nothing about greek life or who everyone is on the yard. Now as a member of Iota Phi Theta myself, to this day I implement the same tactics that brought me in, by talking to individuals on campus that know little to nothing about the NPHC and treating them like family from jump.

What makes the DePhiant Delta Phi chapter unique, is that despite our low numbers, everyone in the greek life scene knows who we are, and knows that our letters do not make us. In addition, they also know that we are basically like a family whenever we’re together, as it should be. I’ve gone through a lot with my brothers, which makes us so close. All in all, there’s a reason we’re called DePhiant.

Let me put it like this: why do students want to join greek orgs in the first place? Because of what they do, right? And the main two ways students see what a greek org does is in person, or on social media. I’m sure you all reading this can guess which one happens more often. So in that case, undergrad chapters need to increase their activity on social media. Post more pictures, more motivational statements/videos or pictures of fellowship, or recaps of special events the chapter had in the past. A greek org’s presence on social media suffers if the chapter doesn’t post anything regularly. 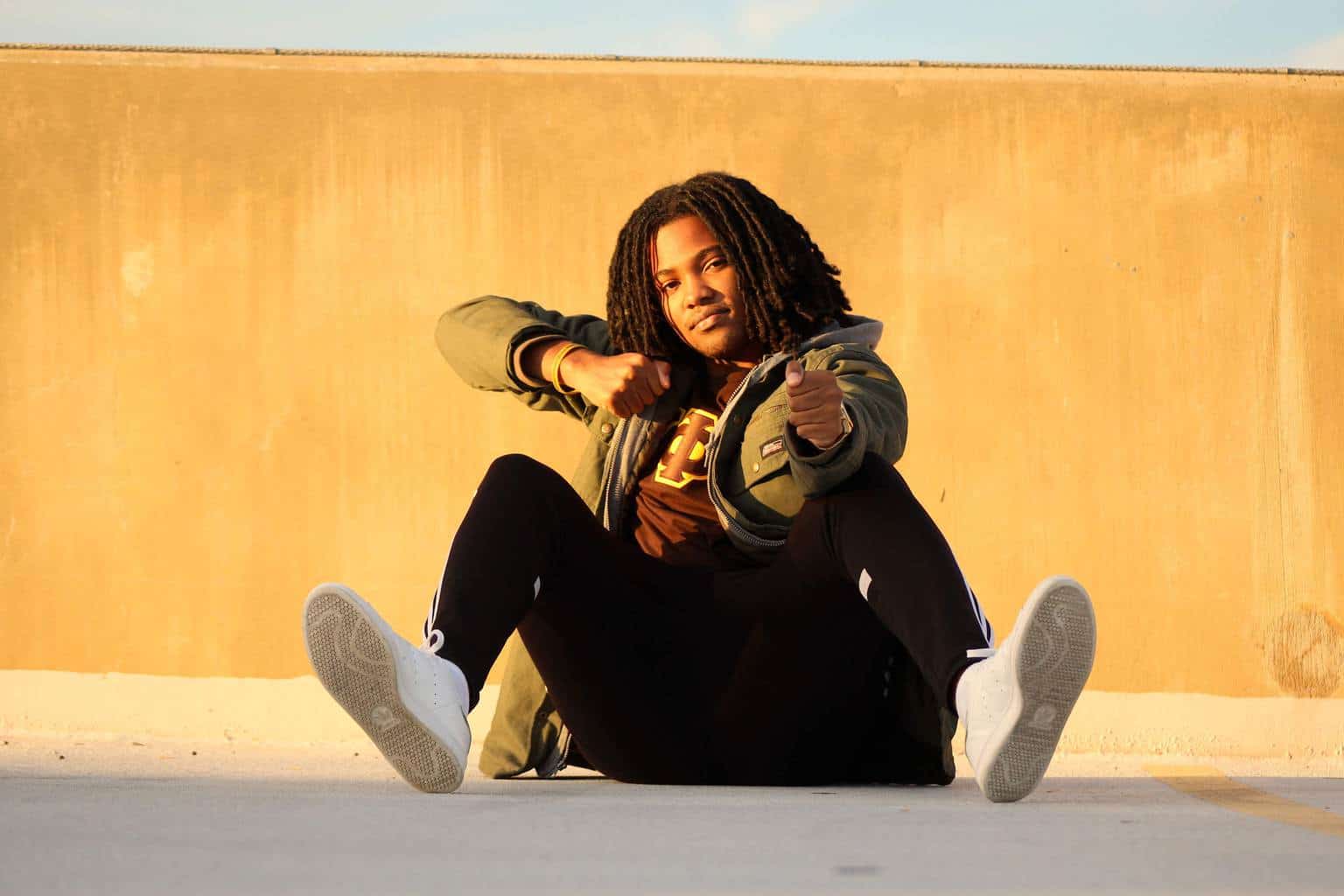 Leadership means being able to point those under you in the right direction. It means to be able to pick up the slack if those under you cannot. That is why you were chosen to be leader, because you possess skills/knowledge that those below you do not. Leadership means to be a frequent face on the yard, whether at events, or just walking around talking to people in your letters, or setting an example in the library studying with/without your brothers. Finally, leadership means to know what’s best for the chapter in every situation. Leaders don’t lead their chapter in the wrong path. IOTA breeds leaders, that’s why it’s one of our principles. Our 12 founders lead the path to make a fraternity that was different from everyone else, so I plan on continuing to lead Delta Phi in doing the same thing.

Watch the Yard is the epitome of bringing the best out of someone, or the best out of the Divine Nine in this case. I see nothing but great things from everyone on Watch The Yard’s social media, which in turn inspires me to work harder. In my opinion, it reminds social media why it should be a good thing to go greek, shining brighter than the negative stigmas that greek life has become attached to in the past. 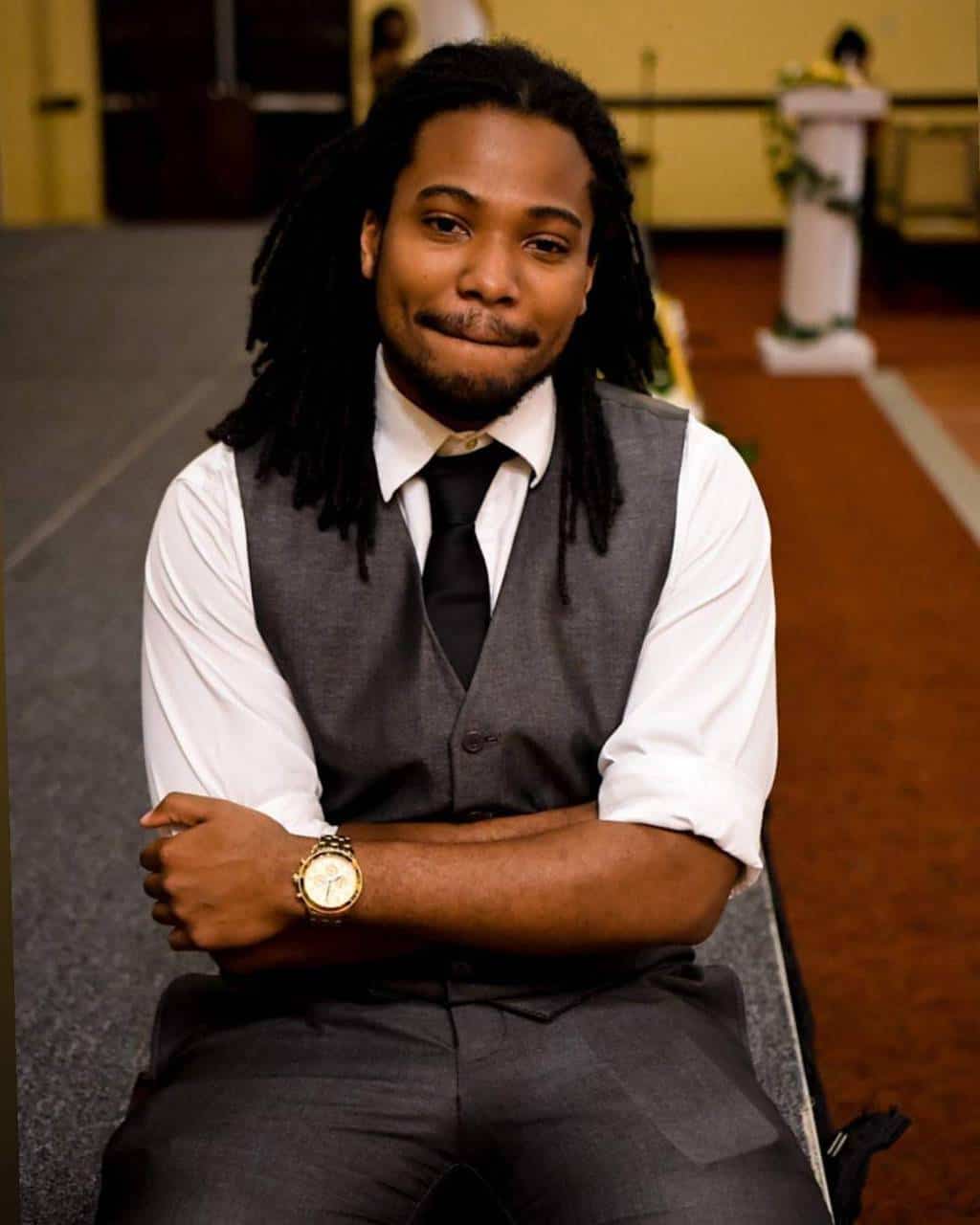 Brotherhood means setting your brothers straight if something is wrong with them. It means bouncing ideas between each other until the best one is chosen. It means not letting your problems get you down, when it comes to putting in work for the frat. Brotherhood overall is supposed to make you a better person, as it improves your workflow within a group/individually, and your attitude towards adversity with the help of your brothers.

I plan on working in cyber security, whether that is under the government or a third party company, monitoring firewalls for stability, and being on the lookout for hackers or breaches in the systems.

We at Watch The Yard would like to commend Killings for his work as the president of Delta Phi Chapter which has a legacy that spans back to 2001.