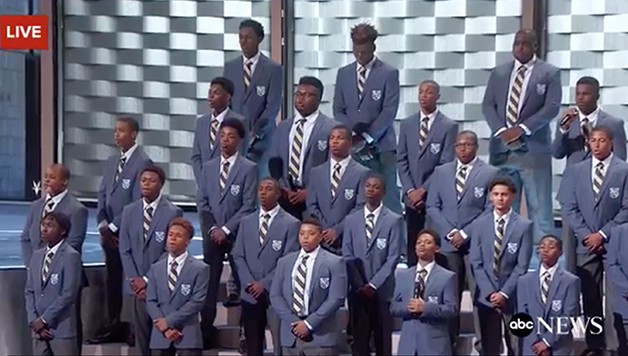 Tuesday night’s Democratic National Convention in Philly was packed with passion and speeches but one thing that especially caught our eye, was the moment that young men of the Eagle Academy recited “Invictus” on stage.

The Eagle Academy is a collection of all-male secondary schools that began in the Bronx and now has spread to has five locations in the New York City and Newark, New Jersey. It is a public school and most of the its students are black and come from families living on the poverty line.

The graduation rate is 83 percent and each morning, the young men recite “Invictus,” a poem by William Ernest Henley before starting class.

Students from the Eagle Academy in New York give stirring recitation at the #DemConvention: https://t.co/q28pCcd7nc https://t.co/7UFy8eDA7F