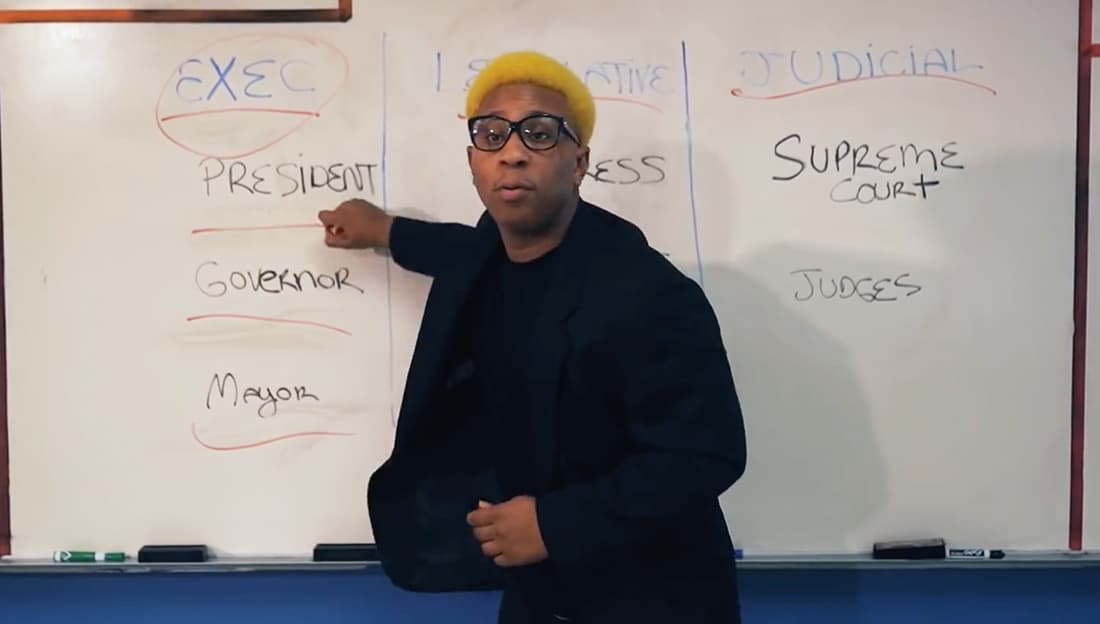 Move over School House Rock! A rapper named YelloPain just released a video about the importance of voting and how the three branches of government function that is taking the internet by storm.

The song “My Vote Don’t Count,” and its accompanying video masterfully speak to the importance of understanding the political system in the United States and offer an explanation to people who think that their votes do not matter. In it the Ohio artist breaks down how the executive, legislative and judicial branches of government work.

Since it’s release last month, the video has garnered a wave of support from celebrities, artists and famous businesspeople across the country and been shared by everyone from Chelsea Clinton to Bun B.

Check it out below: