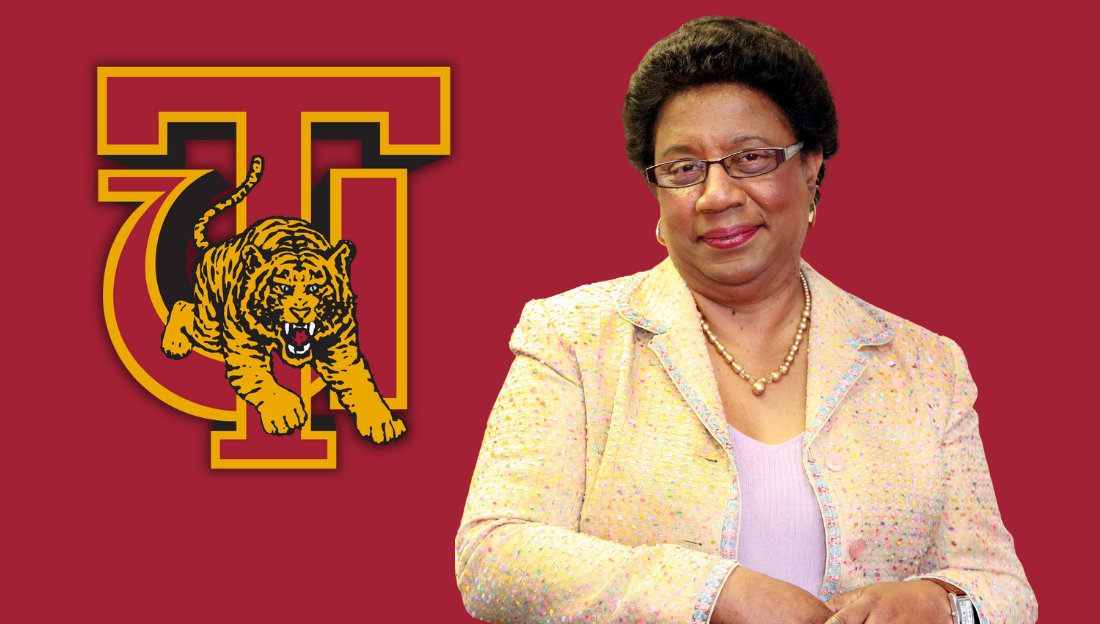 Tuskegee University has a new President and she is a member of Delta Sigma Theta Sorority, Inc.

“It is with great humility and honor that I accept the role of president. Having been a member of this remarkable university community for much of my professional career, it will be a pleasure to lead the university into the future,” said Dr. Morris. “I look forward to working with the entire campus community to seize the opportunities that lie ahead and continue to transform Tuskegee into a leading 21st century living and learning environment.”

“Dr. Morris has garnered the credibility and respect of key stakeholders across the state and around the country during her near thirty years serving the Tuskegee community,” said Board of Trustees Chair, Norma Clayton. “Considering her strong past performance and effective leadership, the Board of Trustees is delighted that Dr. Morris will continue to serve this institution. She understands the needs of this university today – putting the students first – and is the right leader for tomorrow and beyond.”

According to UNCF, Dr. Morris is a Golden Life member of the Montgomery (AL) Alumnae Chapter of Delta Sigma Theta Sorority, Inc.

Dr. Morris has a long history of serving the HBCU. For over three decades, Dr. Morris has served in several roles at Tuskegee University including Chief of Staff to the 5th President and Secretary to the Board of Trustees.

“As Chief of Staff, she assisted in the development and implementation of a successful $169 million capital campaign in 2005,” the university stated in a press release. “Most recently during her tenure, Dr. Morris also served as the Director of the University’s Title III Program and has acted as Interim and Associate Dean in the Brimmer College of Business and Information Science. Through Dr. Morris’ leadership, she has strengthened the University’s strategic partnerships with corporations such as Google and Cargill to generate $6 million in gifts and donations to strengthen career readiness initiatives and invest in the next generation of STEM leaders.”

According to the press release, the university plans to formally welcome Dr. Morris as the ninth president during an inauguration ceremony, planned for the weekend of April 9-11, 2022. This ceremony will coincide with Founder’s Day Reunion Weekend.