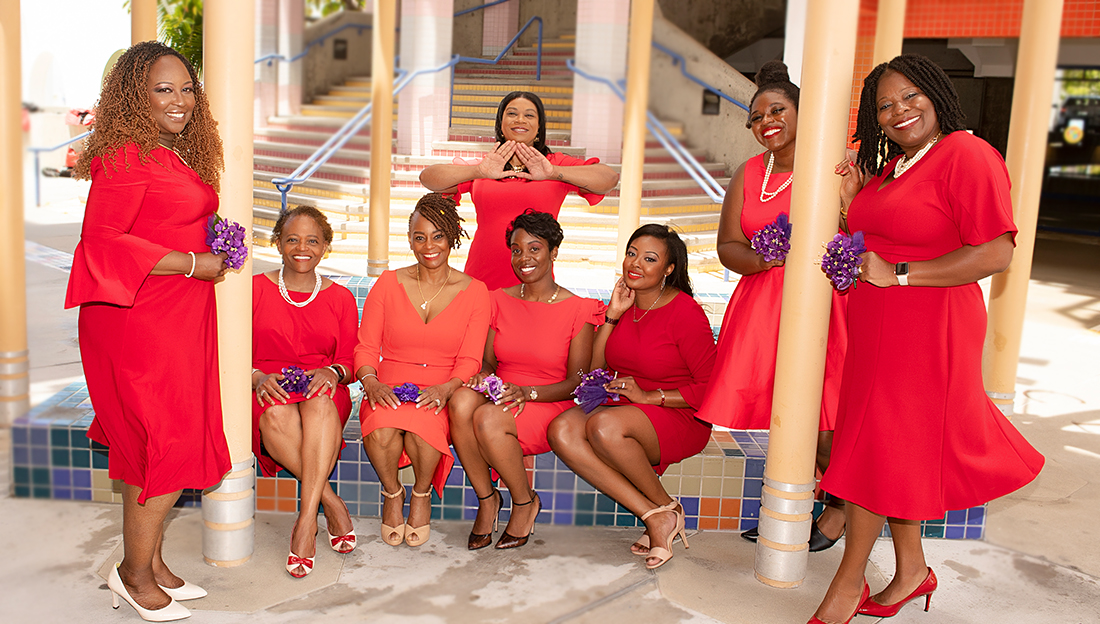 On April 28, 2019, NSDCAC crossed over its first line, the 8 InDSTructible Divas (8IDs). These eight women are collectively educated. Their line consists of three doctors, a lawyer, a nurse, two higher ed professionals, and a federal employee. The 8IDs are Delta women who uphold the chapter’s name and are committed to lead, empower, and serve.

Recently, the 8IDs celebrated their 1 year Deltaversary. To preserve their chapter line’s history, they wanted to capture their first year together as Deltas. The 8IDs chose an area in Oceanside California that had plenty of architecture and color as their backdrop.

Although the 8IDs are only a year old, they actively volunteer with their chapter on numerous community-based programs and services, such as Oceanside Alzheimer’s Walk, St. Jude’s Walk/Run, Habitat for Humanity, MLK Day of Service, and weekly Youth Initiatives. They have also hosted several financial and educational forums. In 2019, the chapter co-hosted the Keys to Success Educational Forum (which focused on key success strategies for personal, professional, and financial aspects of life). This year, they hosted two virtual panel discussions, which were heavily attended both locally and nationally: (1) Justice, Equity, and Advocacy; and (2) The Impacts of Covid-19 on the Urban Community (which focused on Economic Development, Mental Health, Health Factors, Physical Wellness, and Spiritual Health).