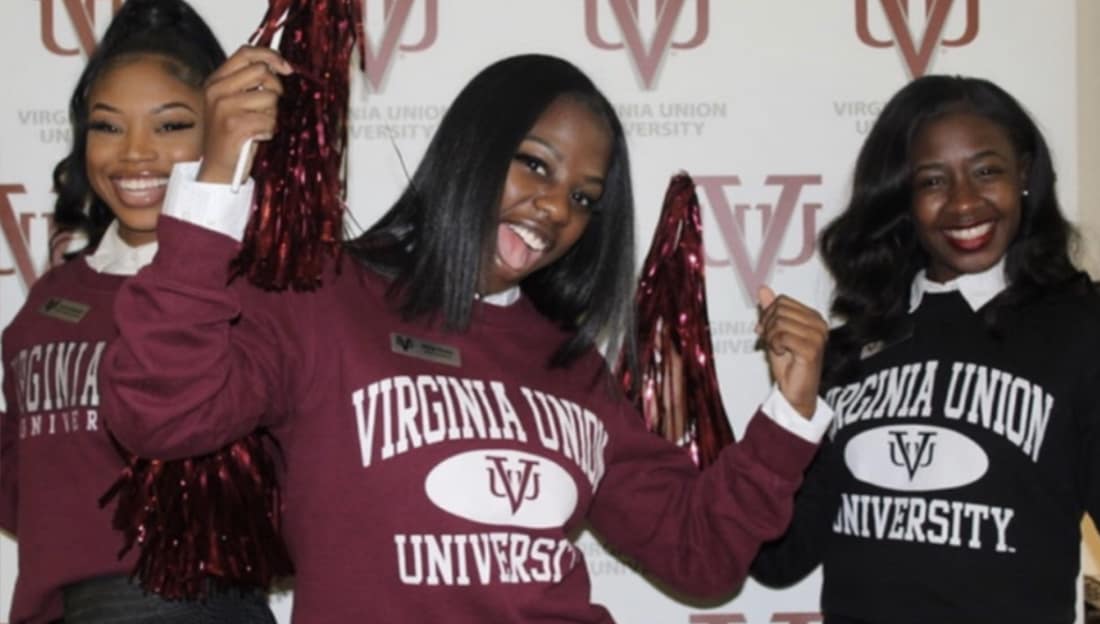 In an effort to highlight the people who are leading graduate universities  across the nation, we at Watch The Yard reached out to Virginia Union University and did an interview with Nina Hicks the Student Government Association president.

The position of SGA president of a is a highly respected role and there is a special pride that one takes. Hicks, who is majoring in Mass Communications, is a current senior and a Spring 2019 initiate of Delta Sigma Theta.

We interviewed Hicks, and talked to her about her position, goals, future and what it means to hold this type of leadership position in 2020.

Throughout my tenure of serving as SGA President, the most valuable thing that I have acquired is that a leader’s wisdom and humility are vital. Being modest makes it simple to treat others earnestly, with thoughtfulness while having a strong regard for the people that you serve. By possessing these qualities, I believe I was able to achieve far more than I initially manifested for the academic year by valuing relationships with the student body, faculty, and staff. I created a culture where it was better to lead with my God-given name and characteristics rather than my position title. Leading with wisdom allowed passage to advocate in new spaces while humility never allowed me to put myself above others. I am not sure if everyone understood what exactly my vision was and I am okay with that, however, I am receiving so much gratitude and admiration on how I chose to lead made other individuals feel and to me…that is everything I desired.

What made you decide to attend Virginia Union University for undergrad?

How has Virginia Union University molded you into the person you are today?

Virginia Union University has molded me in so many ways! I’ve always viewed college as a transcending place where individuals were able to access the tools that would push them to become who they were destined to be. I learned who I was which shed light on things about myself that I loved. Virginia Union enlightened me on how to amplify those qualities about myself. Where there are things you love about yourself, I also learned there are a few things that you have to let go with grace. Virginia Union then molded me to understand that elevation requires sacrifice. I sacrificed 4 years of not being comfortable so that I could grow. With this being the final stretch, I can say that who I am to be with Virginia Union is a wonderful young woman who is affirmative, modest, and yet so captivating because of my experience at my institution.

This year my team and I spearheaded a plethora of initiatives that I believe will improve the institution and surrounding community. The first initiative is the “10 Days of Limitless Campaign” in partnership with the Office of The President. The purpose of the campaign was for SGA to create 10 challenges that included grand incentives in favor of all demographics of the student body throughout the first 10 days of school. This allowed us to get students engaged and excited for the academic year while giving students a chance to interact with SGA.

Another important initiative was creating Political Awareness throughout our campus. My team and I held a total of 4 campus-wide civic engagement events by partnering with local organizations who were able to educate students on the current political state of the world. SGA began by reaching out to local organizations to become certified in Voter Registration and extending the opportunity to student organizations. These student organizations along with SGA were able to register 100 students per organization. Virginia Ratify ERA (Equal Rights Amendment) organization also partnered with my team in a civic engagement event that provided knowledge about equal legal rights for all American citizens regardless of sex. Social Justice is a target for a Virginia Union Panther and it was in my strategic plan to strengthen this aim throughout my tenure as SGA President. It was imperative for us to set the tone regarding the importance of political awareness in local and primary elections. I encourage students to be politically woke and have a stance on issues that affect them.

Several other initiatives were created under my administration. The reconstruction of our SGA Constitution was easily my favorite. It was imperative for my current administration and those following to be able to lead from a place of order, rules, and regulations. We dedicate so much of our time to SGA so designing an agreeable code was one of the first orders of business before we could act as a fair governing body. During the week of our University’s Founders Day, we dedicated several events to our institution surrounded by its history and what led us to select Virginia Union. I believe the importance of creating a tradition is what gives us a sense of pride in what it is we love. We also developed a week for each class to strengthen class relationships, celebrate their accomplishments, and provided career resources at each classification level. Unfortunately, each class did not get to execute their week in light of COVID-19 along with other initiatives.

Virginia Union University has taken the proper precautions for ensuring that our students are safe and in good health. As for the remainder of Spring 2020, we have decided to conclude the semester with online learning. The students were not asked to evacuate although it was highly recommended if you were able to. Virginia Union is currently still housing a small portion of the student population, keeping in mind that everyone may not have a place to call home or their lack of resources to finish the semester virtually. SGA has not stopped assisting in the transitional period of the university. We attend weekly meetings to advocate for all aspects of the student experience. Some of the top issues that we have addressed are multiple grading options, reimbursements of Room/Board and Meal plans, and the commencement ceremony for the graduating seniors. We released a petition in hopes to receive the Pass or Fail Grading Policy as an option. It was denied, however, the Provost did pass a Curved Grading Scale Policy that will assist the student body tremendously. As of now, SGA is corresponding with the university administration regularly and releasing statements to the student body to keep everyone in the loop of all the information and updates that we receive at this time.

The coronavirus has affected SGA elections extremely. My administration launched a fair, accurate, and concise campaign timeline which included an Elections committee, several mandatory leadership workshops, and one-on-one Debate preparation for the initial campaign season. All of which was never able to fully come to life due to COVID-19. Moreover, the great thing about leadership is learning how to adapt to new things. A virtual campaign timeline was developed for SGA elections that actually just came to pass. I hope all of the grand ideas can be refined for the newly elected cohort’s next campaign season!

Leadership is the art of being a positive force that has the ability to motivate others to reach their goal(s). Leadership is organic. You have to embody it!

Now that we live in a digital world, the best way for schools to represent themselves online in 2020 is by being more personable. It is so crucial to move into the current times and start utilizing these platforms to share the story and the culture of these schools. COVID-19 has influenced a whole new dynamic of creativity via social media. Institutions have to begin to capitalize on the strengths of social media and learn how to engage with students more directly and personally.

Being a Mass Communications major allows me to appreciate the work of Watch The Yard through an entire different lens. The power of promoting positive stories about educated African Americans is so important in the year 2020! Watch The Yard is so important to Black students and college culture because it highlights our achievements. The Black community can rely on Watch The Yard to be an outlet that shares the good news aside from other platforms who negatively portray African Americans in the media or just fail to even mention us.

After graduation, I will be accepting a full-time job offer in Crisis Communications with a government agency!

We at Watch The Yard would like to commend Nina Hicks for her work as the SGA president of Virginia Union University.