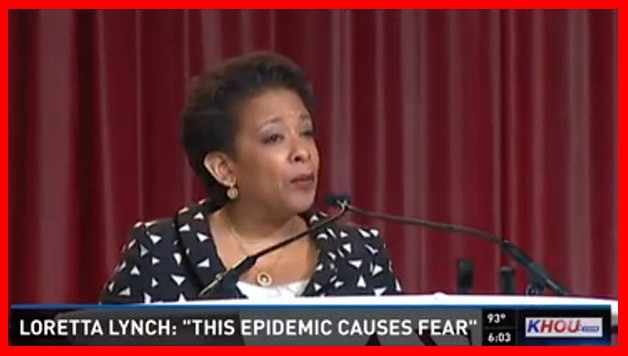 In a speech to 13,000 of her sorority sisters in Houston at the Delta Sigma Theta national convention on Monday a U.S. Attorney General and proud Delta, Loretta Lynch spoke “epidemic of mistrust” between police and people of color.

Lynch called for her sisters of Delta Sigma Theta to continue the fight for civil rights and social justice that their founders started 102 years ago.

“At this moment of challenge and opportunity, in this season of difficulty and of hope, now is the time to raise our collective voice and make ourselves heard. Now is the time,” said Lynch as the guest of honor speaking during the Social Action Luncheon.

“Now I’m here to tell you if anyone doubts the power and strength of Delta Sigma Theta, tell them to call me.”

Lynch didn’t directly mention Sandra Bland during her speech but she did state that she she is half-way through a tour of U.S., cities where she is trying to get police and communities to build trust with each other. So far, she has spoken with police and community leaders in Birmingham, Alabama, Cincinnati, and East Haven, Connecticut to see how their outreach programs are getting positive results. Her next stops are Pittsburgh, Seattle, and Richmond, California.

“We are also working with communities around the country to alleviate an epidemic of mistrust between citizens and law enforcement. This epidemic causes fear for community members and danger for the officers charged with their protection. This is one of my top priorities during my tenure as attorney general,” she stated.

Watch the video below to see KHOU11’s coverage Lynch’s speech: