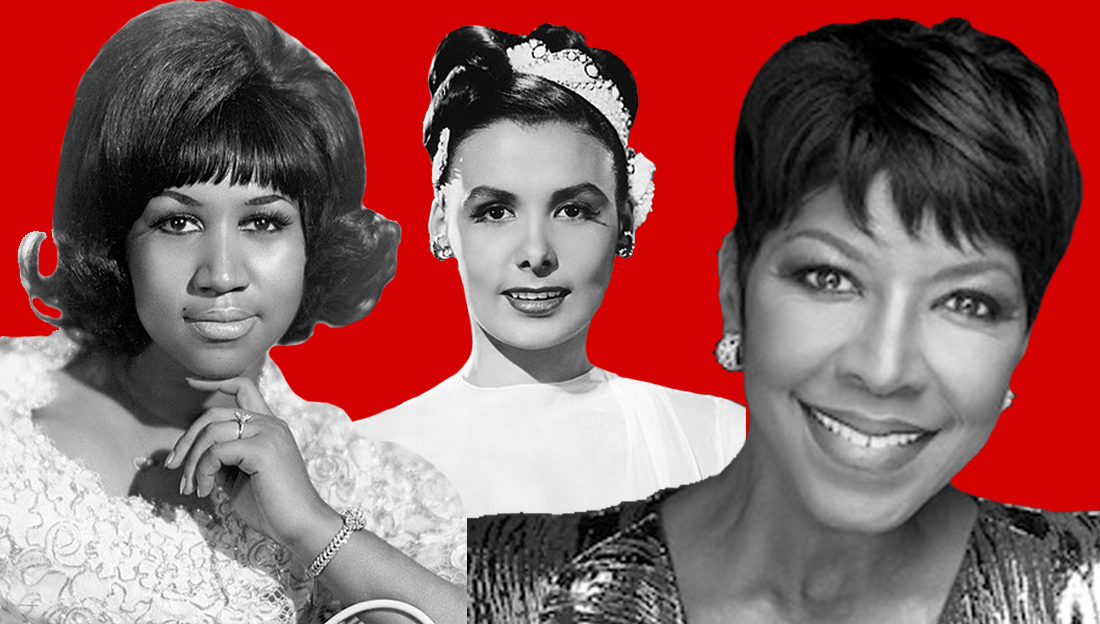 Throughout the years, women of Delta Sigma Theta have been trailblazers in the field of music.

Shirley Caesar is known as the “First Lady of Gospel”. She has won 12 Grammy Awards along with Dove Awards and Stellar Awards.

Natalie Cole (February 6, 1950 – December 31, 2015) was an American singer, songwriter, and actress. Cole was the daughter of American singer and jazz pianist Nat King Cole. She rose to success in the mid-1970s as an R&B singer with the hits “This Will Be”, “Inseparable” (1975), and “Our Love”.  She has won 16 Grammy Awards and she crossed Delta Sigma Theta at the University of Southern California.

Roberta Cleopatra Flack is a singer known for her No. 1 singles “The First Time Ever I Saw Your Face”, “Killing Me Softly with His Song”, “Feel Like Makin’ Love”; and “Where Is the Love” and “The Closer I Get to You”, two of her many duets with Donny Hathaway. Flack is the only solo artist to win the Grammy Award for Record of the Year on two consecutive years. She crossed Delta Sigma Theta at the sorority’s Alpha Chapter at Howard University.

Lena Horne won eight Grammy Awards during her lifetime. Horne joined the chorus of the Cotton Club at the age of 16 and became a nightclub performer before moving to Hollywood. Her one-woman show, Lena Horne: The Lady and Her Music, ran for more than 300 performances on Broadway.

K. Michelle is a singer, songwriter, and television personality. She has won an NAACP Image Award, been nominated for four BET Awards and won Best New Artist from the Soul Train Awards. She crossed Delta Sigma Theta at FAMU.

Leontyne Price rose to international acclaim in the 1950s and 1960s, and was the first African American to become a leading performer at the Metropolitan Opera, and one of the most popular American classical singers of her generation. She was awarded the United States Medal of Freedom by President Lyndon B. Johnson.

Nancy Sue Wilson (February 20, 1937 – December 13, 2018) was an American singer whose career spanned over five decades, from the mid-1950s until her retirement in the early 2010s. She was especially notable for her single “(You Don’t Know) How Glad I Am” and her version of the standard “Guess Who I Saw Today”. Wilson recorded more than 70 albums and won three Grammy Awards for her work.

Leslie Marian Uggams is a actress and singer. Beginning her career as a child in the early 1950s, Uggams is recognized for portraying Kizzy Reynolds in the television miniseries Roots (1977), earning Golden Globe and Emmy Award nominations for her performance. She had earlier been highly acclaimed for the Broadway musical Hallelujah, Baby!, winning a Theatre World Award in 1967 and the Tony Award for Best Actress in a Musical in 1968. Later in her career, Uggams received renewed notice with appearances alongside Ryan Reynolds in Deadpool (2016) and in a recurring role on Empire.

Harolyn Blackwell is a lyric coloratura soprano who has performed in many of the world’s finest opera houses, concert halls, and theaters in operas, oratorios, recitals, and Broadway musicals. She crossed through the Iota Iota Chapter of Delta Sigma Theta.

Florence Cole Talbert also known as Madame Florence Cole-Talbert, was an American operatic soprano, music educator, and musician. Called “The First Lady in Grand Opera” by the National Negro Opera Guild, she was one of the first African American women and black opera artists performing abroad who received success and critical acclaim in classical and operatic music in the 20th Century. She composed the words to Delta Sigma Theta’s official hymn.