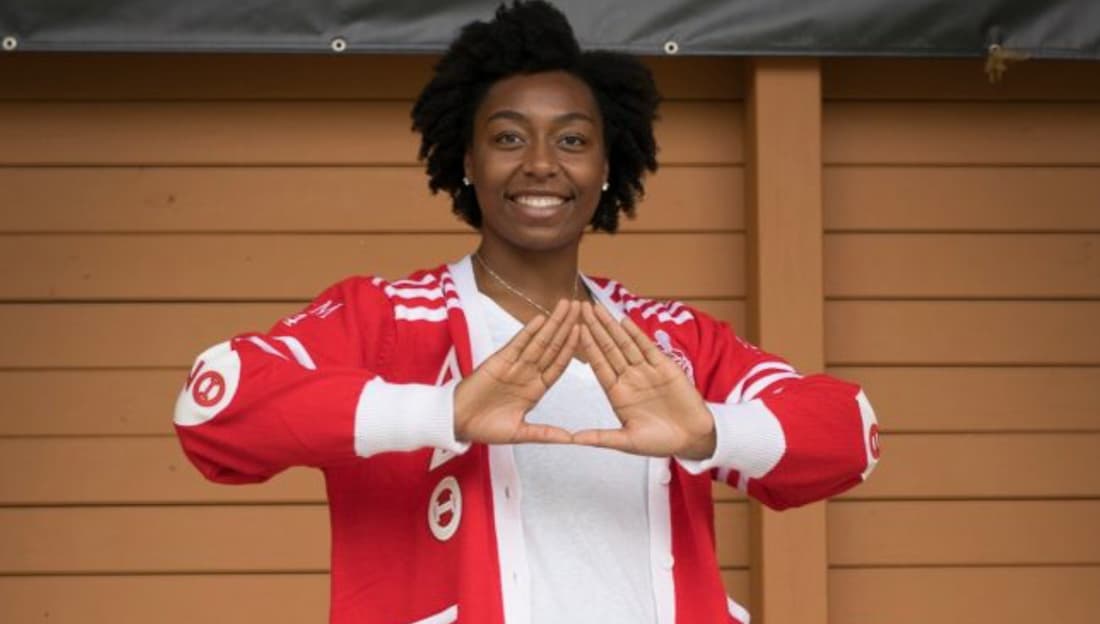 In an effort to highlight the young leaders who are leading undergraduate chapters across the nation, we at Watch The Yard reached out to the women of Delta Sigma Theta Sorority Inc.’s Upsilon Mu Chapter at Davidson College and did an interview with Kyla Roland the president of the chapter.

The position of president of an undergraduate chapter of a Black sorority is a highly respected role and there is a special pride that one takes. 21-year-old Kyla Roland has used the position to gain new leadership experience, improve the lives of other students on campus and help the community around her.

We interviewed the Biology major and talked about her position, goals, future and what it means to hold a leadership position on campus in the digital age.

What does it mean to be a chapter president to you?
I have been afforded so many incredible opportunities as the president of my chapter—from meeting some of the most influential leaders within my Sorority, to speaking on behalf of my chapter at our Regional Conference—but I know that being the President of Upsilon Mu is much more than being the face and voice of my chapter. As my chapter’s president, I am responsible for upholding the standard of excellence that the women before me fought so hard to establish. While I strive to live up to the legacy of the amazing women who have served before me, it is my job to raise the bar for the women who come after me. Often times, people’s first interactions with Upsilon Mu are through my actions and words, so it is my duty to represent my chapter in a positive light, and ensure that I exude all that my chapter stands for. 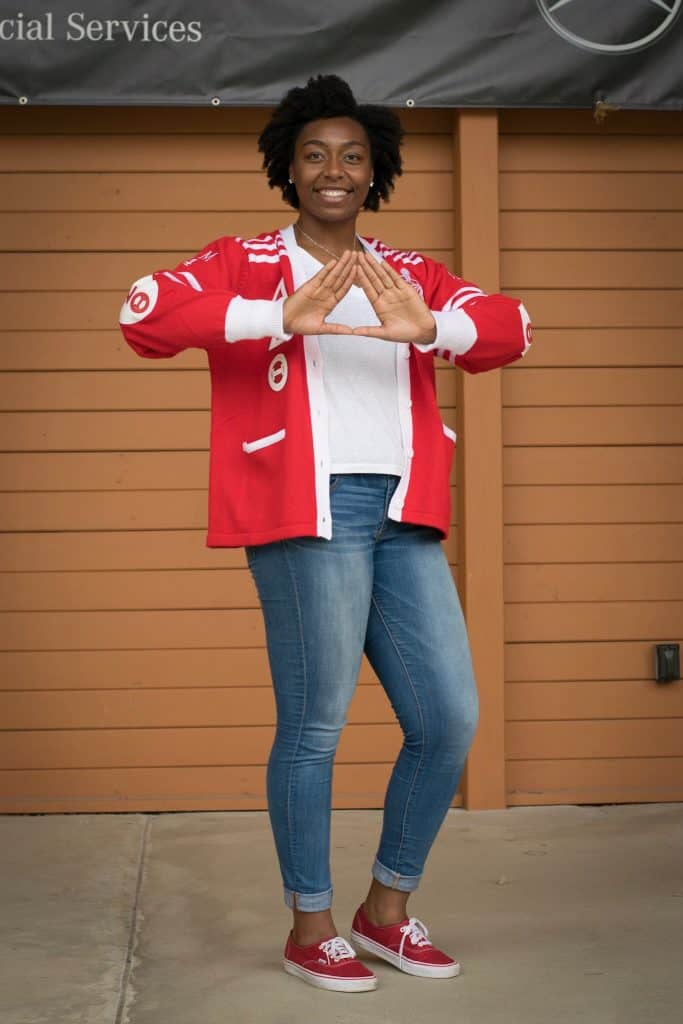 What made you decide to attend Davidson College for undergrad?
Davidson College is a small Liberal Arts College located right outside of Charlotte, NC. The school initially entered my radar during my junior year of high school, as I was looking to be recruited to play Division I college basketball. I researched the school and fell in love with its academic rigor, emphasis on community, small class sizes, course diversity, and of course its women’s basketball program. As an intended biology major, the prominence and notoriety of Davidson’s biology department and faculty also influenced my decision to attend Davidson. When I was finally offered a full ride scholarship and a spot on the Davidson women’s basketball team, I immediately accepted.

What specific initiatives is your chapter heading up this year and how do you think they will improve the campus/surrounding community?
This year, the Upsilon Mu Chapter is excited to host our third annual Mr. 1913 pageant in conjunction with our inaugural Scholarship Gala. Since our inception, it has been our goal to create a chapter scholarship to give back to students in the Charlotte-Mecklenburg area. In celebrating 8 years since our chartering on the campus of Davidson College, we look forward to presenting two scholarships, and furthering our chapter legacy and community impact. We also look forward to developing new partnerships and relationships on campus, as our Greek life community has expanded to welcome Lambda Pi Chi Sorority, Inc. –Davidson College’s first Latina based sorority. With recent acts of racism, anti-semitism, and bigotry that have threatened the safety and security of marginalized communities on our campus, we feel it is more important than ever to broaden our campus impact and work to develop a larger community of mutual respect.

What made you want to pledge Delta Sigma Theta?
As the third woman in my family to join this illustrious sorority, the women of Delta Sigma Theta Sorority, Inc. have had a lasting and meaningful impact on my life. I was one of those kids that wore “Future Delta” t-shirts, and grew up surrounded by my mother, aunt, their line sisters, and countless other women whom they had developed close relationships with. These were my first and most salient experiences with Greek life and Delta Sigma Theta, however, the women of the Upsilon Mu Chapter were very influential in my decision to seek membership. I was unsure about undergraduate Greek life upon entering college, but after developing close relationships with women who happened to be members of YM and understanding the impact that they have had at Davidson and beyond, I knew that I wanted to join the ranks of these incredible women.

What is it about your specific chapter that makes it so unique?
The Upsilon Mu Chapter was chartered on the campus of Davidson College on March 27th, 2011 by 15 outstanding women. We are one of the youngest chapters of Delta Sigma Theta, but if you take into consideration that Davidson admitted it’s first Black student in 1967, and its first female students in 1973, the chartering of a historically Black Greek letter organization only 45 years later was an incredible feat—one that began long before 2011. While we were not the first Divine 9 organization to be chartered at Davidson, we continue to set the standard of excellence on campus through our widespread impact and commitment to service. Present and past members of the Upsilon Mu Chapter have served in numerous leadership capacities throughout campus from, SGA President to Black Student coalition President, and so many other influential executive roles in student lead organizations. A Charter Member of our chapter was also a pioneer in creating Davidson’s Africana Studies Department. What makes the Upsilon Mu chapter so unique is that in just seven years, we have garnered national and regional recognition for our efforts, as well as numerous awards for outstanding achievement on campus. While our existence has been but brief, our members have been unwavering in their commitment to being the change that they wish to see in the world.

We now live in a digital world, what do you think undergraduate chapters across all orgs need to do to represent themselves online in 2018?
With social media being such an influential sphere to share information and connect otherwise disjointed communities, it is important that we use this platform to highlight the amazing programs, service initiatives, and lofty achievements of our respective chapters and organizations. I attend a school where most students are unaware of the influence and impact that Divine 9 organizations have around the world, and on our campus. At a PWI’s, many students take our existence for granted and reduce us to stepping, strolling and shows. Our social media accounts are crucially important in informing these populations about why our existence is so necessary, and all that our communities have gained through our efforts.

What does leadership mean to you?
As a leader within my Chapter and organization, I’ve come to realize that leadership is not monolithic. While my personality differs from many of the Upsilon Mu Presidents that have preceded me, and other leaders on my campus, my style of leadership is equally valid and effective. Though a leader has to command the respect of others, that respect does not equate superiority. Leaders are not absolved from learning, and don’t have to have all of the answers—they are fallible. With great leadership comes open-mindedness, an ability to admit faults and shortcomings, and the humility to listen to and learn from others. 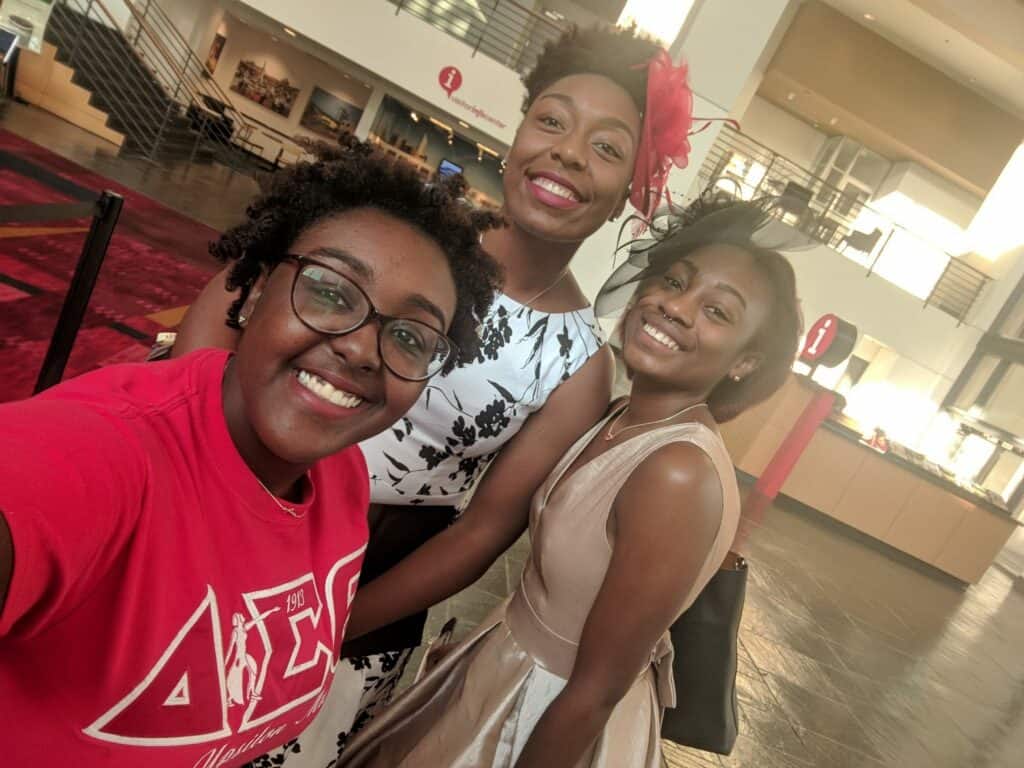 Why do you think Watch The Yard is important to Black greekdom?
With Black Greek Life under such heavy scrutiny, it is important that the world see us in a positive light and get a glimpse into the true culture of Black greekdom. Some people’s first interactions with NPHC Greek life happen via social media, so having a platform that highlights the influence that our organizations have, and the work that we do within our respective communities is important for upholding the admirable reputations of our organizations. Watch the Yard is one of the lone social media accounts and Black greek life sites that regularly shares positive images and videos of NPHC Greeks around the world, while encouraging unity and support between organizations. Rarely do you see negative comments under Watch the Yard posts, which works against the common misconception that D9 sororities and Fraternities have to hate one another.

What does sisterhood mean to you?
This summer I was planning to apply for a fellowship that would allow me to travel the world for a year and research a topic that I was passionate about. I immediately looked to Delta group chats and social media pages for international connections, and within hours I had dozens of shares, messages of support, and people offering to personally connect me with individuals within my field of interest. To me, this is the epitome of sisterhood. Knowing that I have more than 200,000 sisters around the world that will support my achievements, that I can lean on in times of need, and that are eager to help me succeed is one of the greatest aspects of sisterhood. In just under two years, I’ve had the opportunity to meet so many colligate and Alumnae Sorors and extend my social and professional networks to depths that I never imagined. Along the same vain, the most important aspect of sisterhood is pouring even more into your sisters than you take from them. 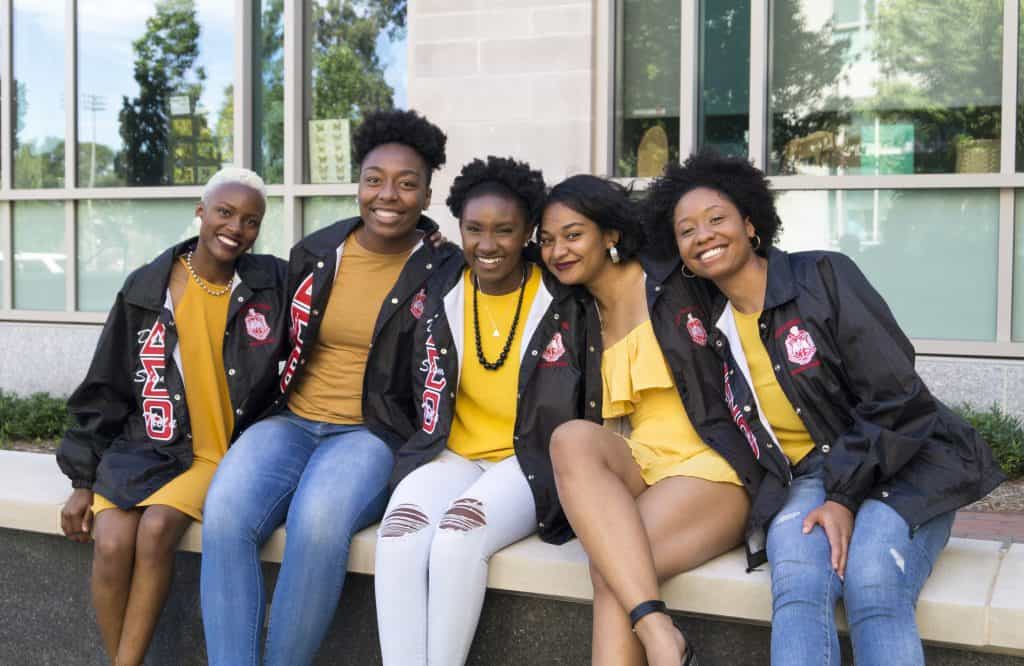 What do you plan on doing after graduation?
Post graduation, I plan to work for a couple of years as a research technician in a biomedical research lab. Afterwards, I plan to go back to school to pursue a masters/PhD. program, and continue to positively impact the world of science. Ultimately, my life’s goal has been to help people, and the world of scientific research is constantly filled with life changing work. More than anything, I want to be a mentor to young Black girls and women in STEM, and help them to see that women, especially women of color, are the future of STEM.

We at Watch The Yard would like to commend Kyla Roland for her work as the president of Upsilon Mu Chapter which has a legacy that began in 2011.