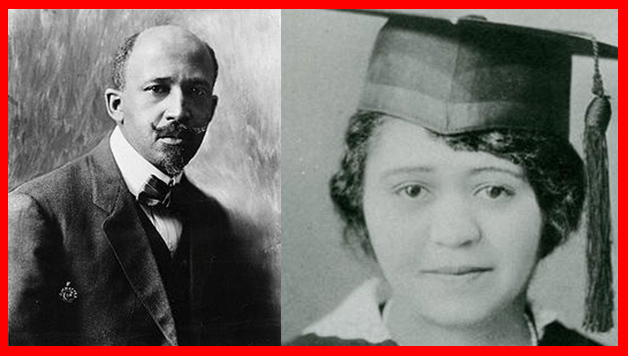 Did you know that W.E.B. Du Bois’ daughter, Nina Yolande Du Bois Williams (1900-1961), was a member of Delta Sigma Theta Sorority, Inc.? We at WatchTheYard.com have obtained a receipt from Delta Sigma Theta to W.E.B. DuBois stating that he had completely paid her dues and that she was fully financial with the organization.

Yolanda was born in 1900 and because of her fathers’ fame within the Black community, became one of the most sought after mates of her generation. According to an article by Scott Christianson about Yolandas life,

“Yolande grew up to become one of the most prized mates of her Negro generation. For a time she carried on a torrid love affair with young Jimmie Lunceford, a bandleader in Harlem jazz clubs. But Yolande’s prickly father didn’t approve of jazzmen. Instead, her approved wedding in 1928 to Countee Cullen, a dashing literary leader of the Harlem Renaissance, was the Negro social event of the decade, bringing together two generations of America’s Talented Tenth. But the union ended in divorce in 1930 after it was rumored that Cullen was having a homosexual love affair with the “handsomest man in Harlem” — an intrigue that has since inspired a popular play, “Knock Me a Kiss,” by Charles Smith. It was a scandal of the black upper crust.”

Yolande taught history at Baltimore’s Paul Laurence Dunbar High School and later married Arnette Franklin Williams, a football player. The couple had a daughter in 1932, Du Bois Williams (“Baby Du Bois”), but their marriage dissolved and they eventually divorced in 1936.

Yolande died at the early age of 61 years old in 1961 from a heart attack. She was W.E.B. DuBois’ last living child and he mentioned his sorrow in writing stating, “Why? I am old; Yolande had so much life before her. Why should she go and I remain?”

According to  Scott Christianson‘s article, “For unknown reasons, Yolande’s grave was left without a headstone. Her grandchildren were unaware of where she was buried, until her grandson Arthur McFarlane II was informed of it during a visit in 2012.”

Shortly after Yolande’s passing, President Kwame Nkrumah, a member of Phi Beta Sigma and the man at the forefront of the Pan-African movement, invited W.E.B. DuBois to Ghana to take over editorship of a monumental international research project, the Encyclopedia Africana. At this point Du Bois had given up hope on living the USA and wanted to continue his work abroad.

“I just can’t take any more of this country’s [America’s] treatment,” the old man wrote to a friend, Grace Goens, on Sept. 13, 1961. “We leave for Ghana October 5th and I set no date for return… Chin up, and fight on, but realize that American Negroes can’t win.”

Check out the image below to see Delta Sigma Theta’s letter to W.E.B. Du Bois and click on the arrows under the image to see our slideshow of Yolande. 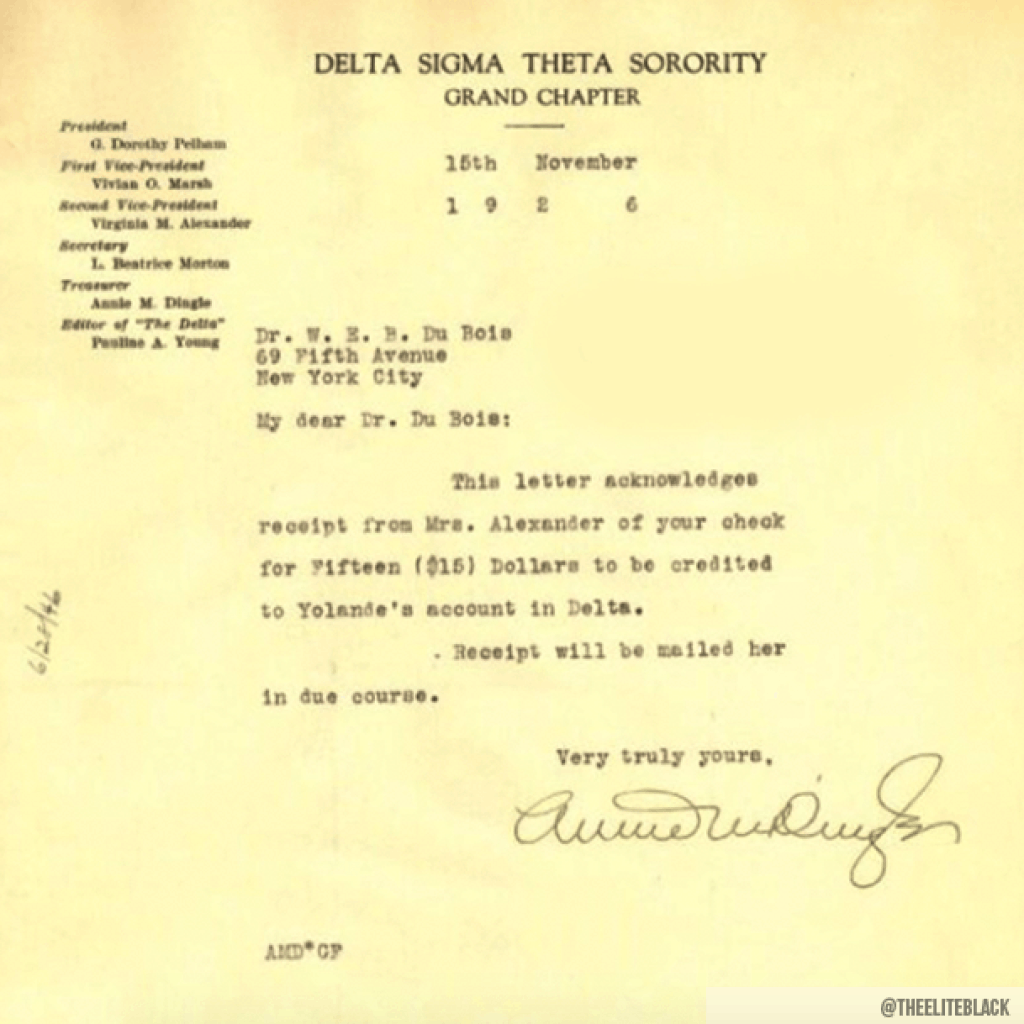