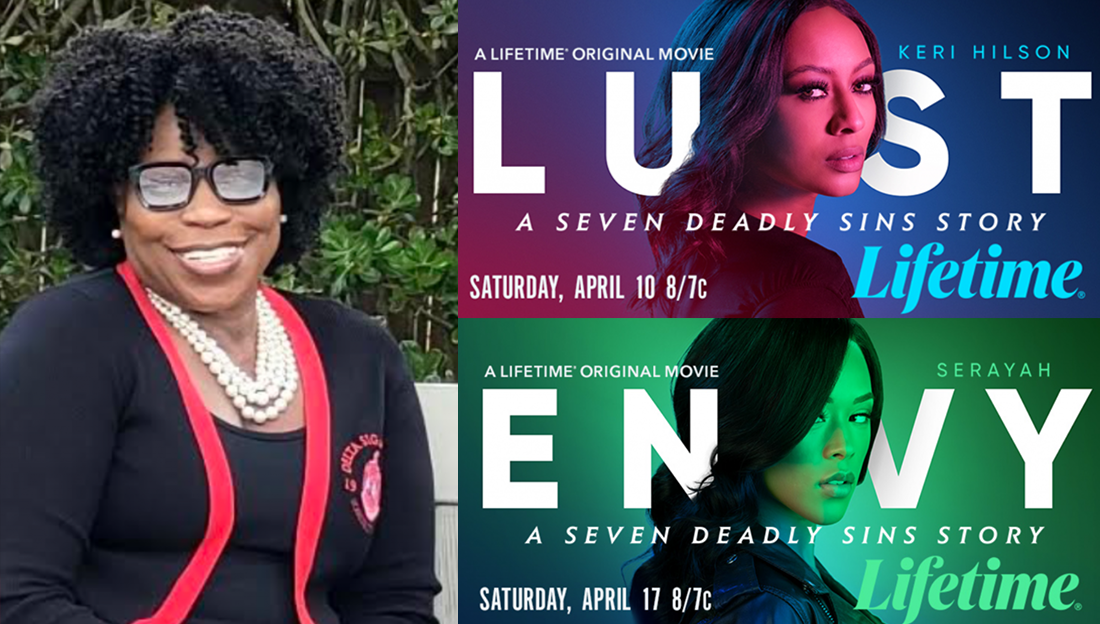 It was recently announced that Delta Sigma Theta author Victoria Christopher Murray has teamed up with Bishop TD Jakes, Shaun Robinson and Derrick Williams to turn her books into movies on Lifetime.

Several of Victoria’s books from her Seven Deadly Sins series, including Lust and Envy, are being produced for Lifetime by Jakes, Williams and Robinson. With a star-studded cast which includes Keri Hilson, Serayah, Tank and Tobias Truvillion, the movies are already creating a buzz. In addition, her novel The Ex Files is also being produced by Tracey Edmonds and Shaun Robinson.

Victoria is a graduate of Hampton University where she also was intitiated into Delta Sigma Theta Sorority, Inc. An accomplished author, she has written more than 30 novels and has over a million books in print as well as five NAACP Image Award nominations. In 2016, she won the Image Award for Outstanding Literature for her social commentary novel, Stand Your Ground. Along with ReShonda Tate Billingsley, she is the co-founder and co-owner of Brown Girls Books.

Viewers are encouraged to follow along on Twitter during the premiere using #LustonLifetime and #Envy on Lifetime.

Tank recently reached out to Watch The Yard with a video message about the movie.

The after party for the first film will be hosted by Stepping Into Service, an organization founded by Delta Sigma Theta sorors Yolanda Rodgers Howsie and Keisha Knight Pulliam, after Lust : A Seven Deadly Sins Story airs on April 10th.