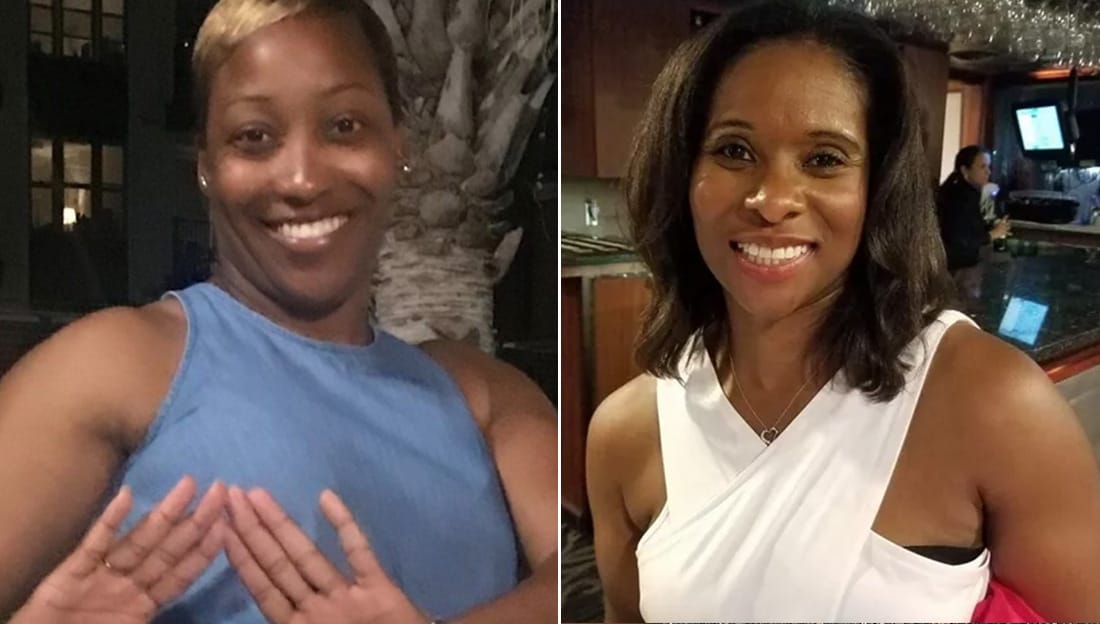 The women of Delta Sigma Theta Sorority, Inc. released a public statement yesterday via their official website sending their condolences to the victims of gun violence across the the nation and calling for change.

The letter, which was written by the National President and CEO of Delta Sigma Theta, gave the killing of 16-year-old, Bobby McKeithen in Matthews, NC, the anti-semetic massacre at the Tree of Life synagogue in Pittsburgh and the killing of two innocent African Americans at the Kroger in Kentucky which all happened in less than two weeks as examples of how gun violence is a major issue that needs to be addressed.

The letter also addressed the recent killings of two of the sorority’s very own members, Officer Farrah Turner who was killed while serving an arrest warrant and Angela M. Bledsoe who was killed as a result of domestic violence and whose suspected killer is still at-large.

“While we grieve my sisters, we must also fight. We cannot allow rampant gun violence to become a new normal in America. If not us, who? If not now, when?” the letter states. 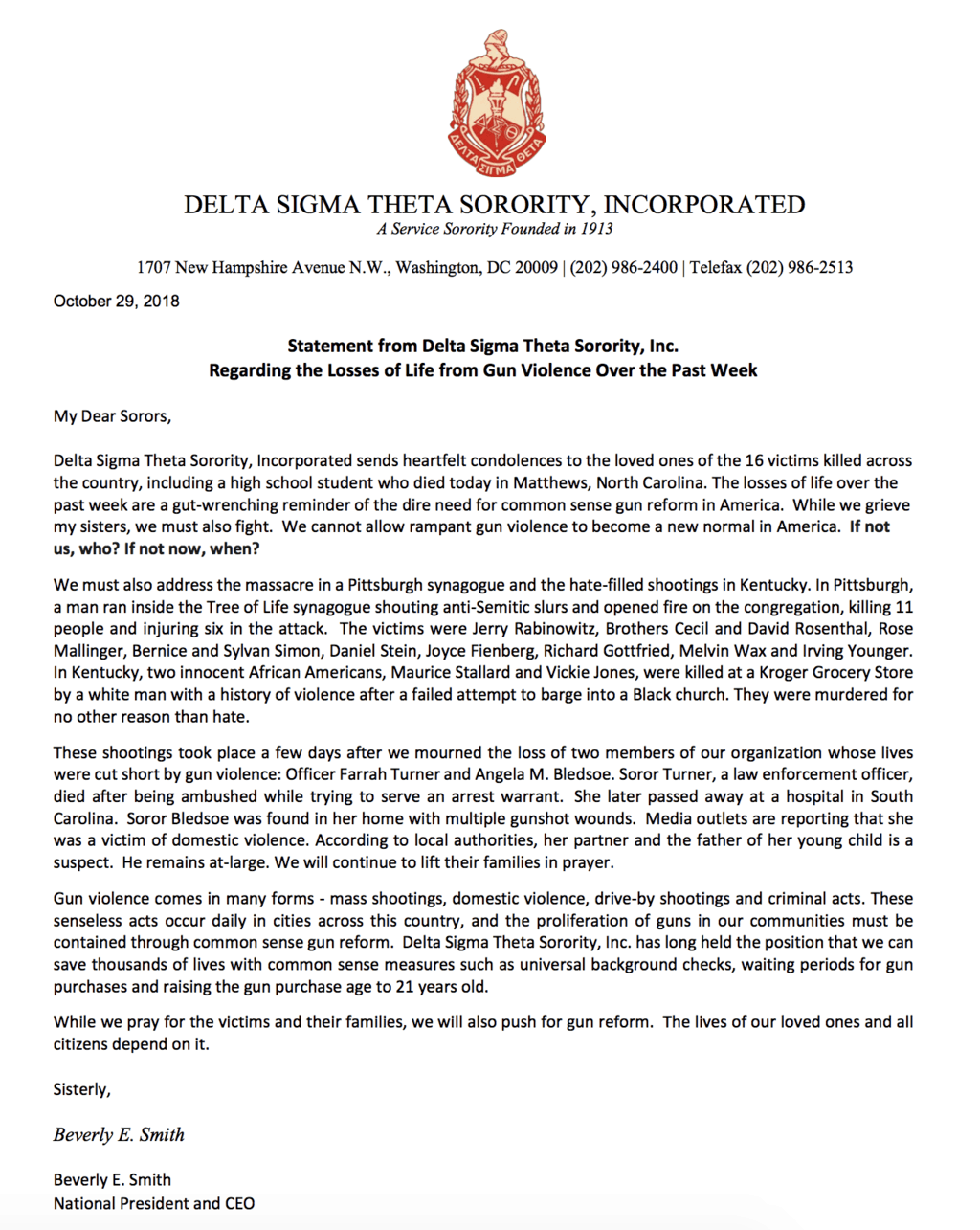 Earlier this year, the sorority pushed for gun reform at a press conference that was held outside of their national headquarters after the Waffle House shooting in Tennessee in which multiple people were killed, among them, De’Ebony Groves a 21-year old member of the sorority. Another member of the sorority, Sharita Henderson was critically injured in the attack.

During the press conference, the sorority called for the following:

“We are not opposed to the Second Amendment – but we are staunch advocates for responsible gun ownership and gun use who support the passage of sensible gun control measures in this country,” Beverly Smith, the National President & CEO of the sorority stated.