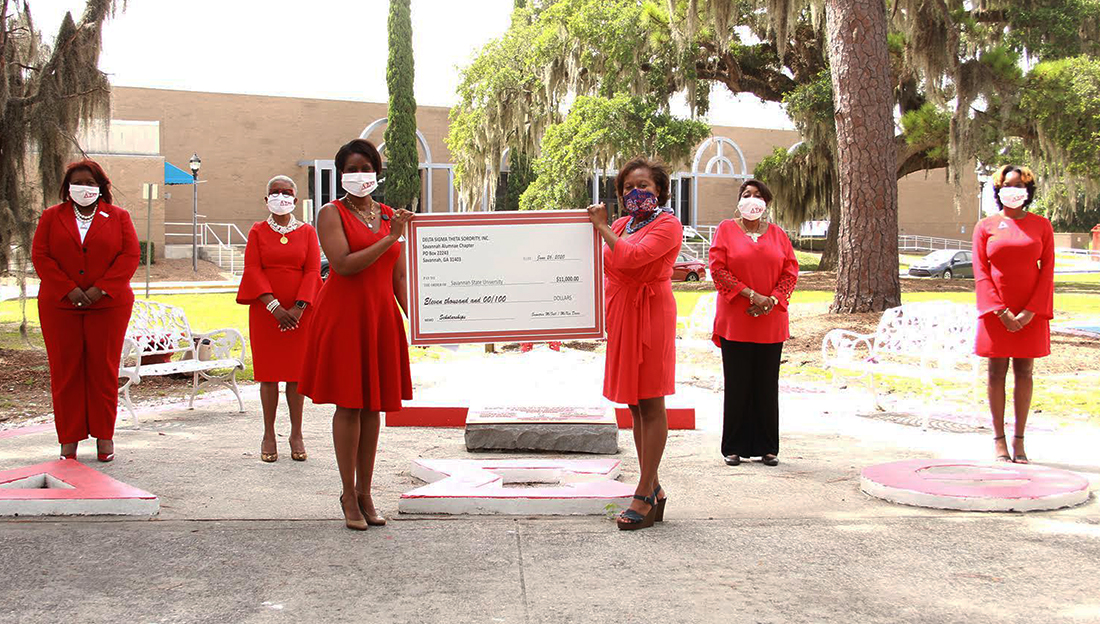 The Savannah Alumnae Chapter of Delta Sigma Theta Sorority, Inc. is putting their money where their mouth is when it comes to supporting HBCUs.

Sametria McFall, the President of the Savannah Alumnae Chapter presented a $10,000 check to the university to fund need-based scholarships.

According to the chapter, the extra $1,000 balance will be used toward the Georgia Branch Dillard Scholarship, which was established by chapter member Edna Branch Jackson in honor of her mother.

The chapter’s donation was made possible by proceeds from hosting the 2020 state cluster meeting held in January at the Savannah Trade Center.

Savannah State University is oldest institution of higher learning in Savannah and the oldest public HBCU in Georgia.

We at Watch The Yard would like to commend the Savannah Alumnae Chapter of Delta Sigma Theta on their committed support to HBCUs.