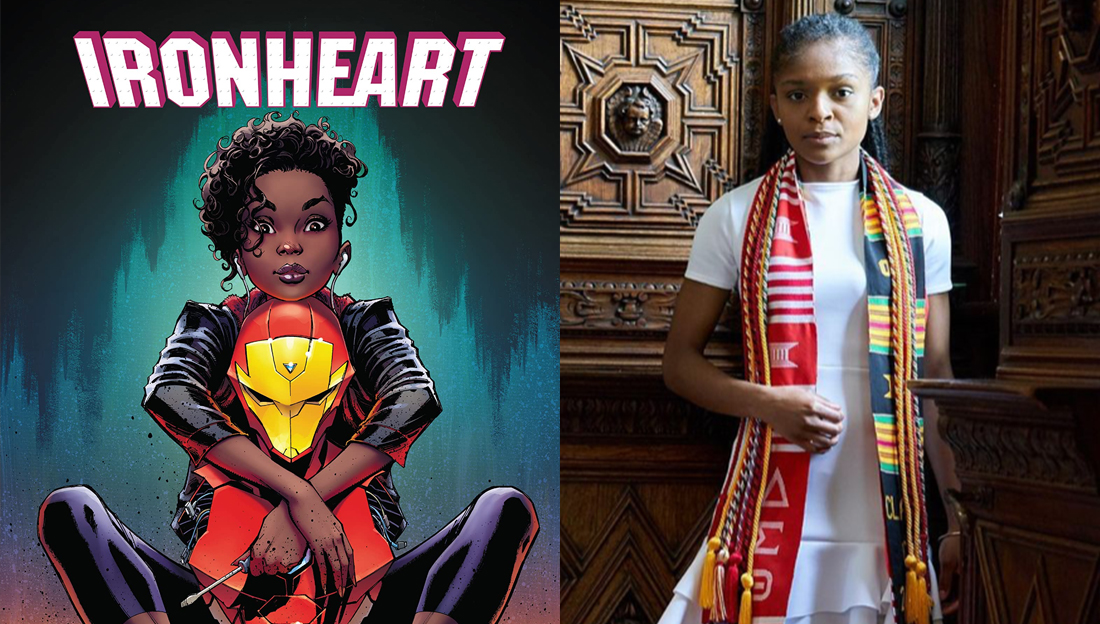 During The Walt Disney Company’s Investor Day, Kevin Feige, the president of Marvel Studios, and chief creative officer of Marvel, announced a that Dominique Thorne will star as the lead in the new Marvel series coming to Disney+ called Ironheart!

Thorne is a Spring 2018 initiate of the Mu Gamma Chapter of Delta Sigma Theta Sorority, Inc. at Cornell University in Ithaca, NY. In the series she will play the main character Riri Williams, a 15-year-old girl from Chicago and super genius who becomes the successor to Iron Man following Tony Stark’s death.

The character Riri Williams is a teenage genius who debuted in 2016’s Invincible Iron Man No. 7. In the comics, she is so smart that she builds her own version of the Iron Man suit in an MIT dorm. “In addition to being the hero Ironheart, she has also taken over for Tony Stark as Iron Man for a time and went on to headline her own comic series,” The Hollywood Reporter states.

“We would like to congratulate SPR ‘18 Soror Dominique Thorne on her amazing accomplishment of being casted as the lead role of Marvel’s upcoming series, Ironheart, making her the first Black female lead of a Marvel series. We are so proud of all of her hard work – continue to raise the bar!” they captioned a photo of her with the announcement.

Thorne made her film debut in Barry Jenkins’ If Beale Street Could Talk and is also in the upcoming film Judas and the Black Messiah, a Warner Bros film about Black Panther leader Fred Hampton.

We at Watch The Yard would like to commend Dominique Thorne on her continued achievements!