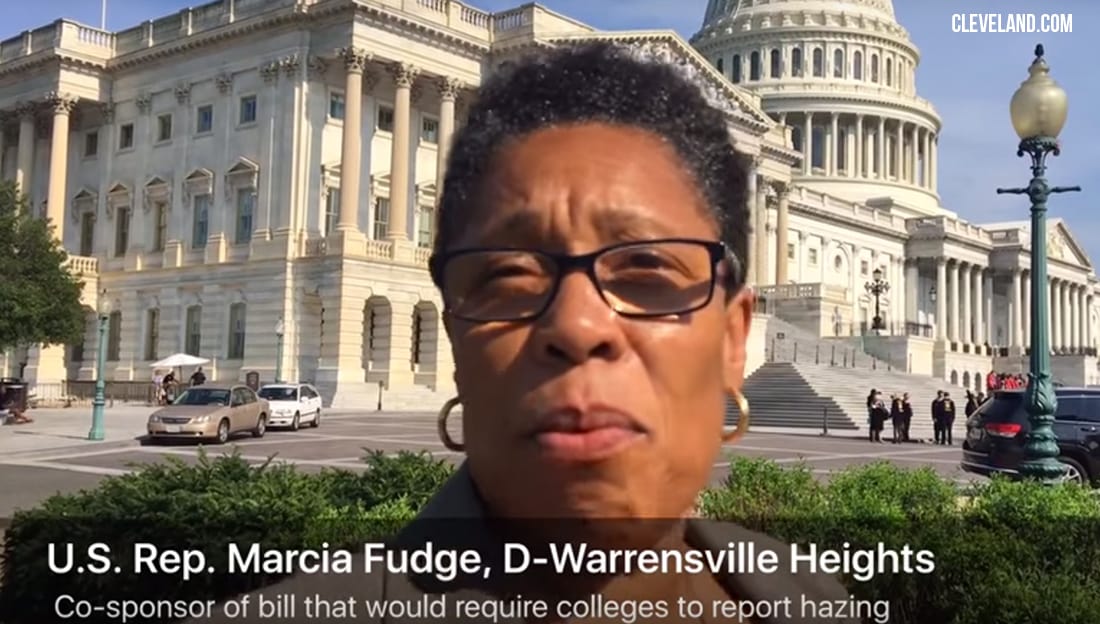 Former Delta Sigma Theta Sorority, Inc. National President and current U.S. Representative for Ohio’s 11th congressional district, Marcia Fudge has introduced a bill that would require universities by federal law to include the hazing incidents in their yearly crime reports.

Fudge and her co-sponsor, Pennsylvania Republican Patrick Meehan, believe that tracking college hazing will allow authorities grasp the practice’s prevalence and figure out how to reduce it on a national level.

“The bill would require schools that participate in federal financial aid programs to disclose hazing incidents, arrests and disciplinary referrals in their yearly security reports and to implement a hazing education program for students,” Cleveland.com states.

“We cannot act only after an unfortunate incident occurs,” Fudge said in a statement. “We need a strategy that will address hazing at its core. Accurate college reporting will provide the data we need to develop legislative solutions for administrators and faculty and protect our nation’s college students.”

Fudge is a Past National President of Delta Sigma Theta Sorority, Inc., where she served from 1996 to 2000 and is a member of the Greater Cleveland Alumnae Chapter. She has also served as the co-chair of the sorority’s National Social Action Commission. Last year, after the leak of internal documents from the Democratic Party that forced Debbie Wasserman Schultz to step down, Rep. Fudge served as the chair of the 2016 Democratic National Convention.

The bill is currently being endorsed by organizations including the National Panhellenic Conference and the North-American Interfraternity Conference.