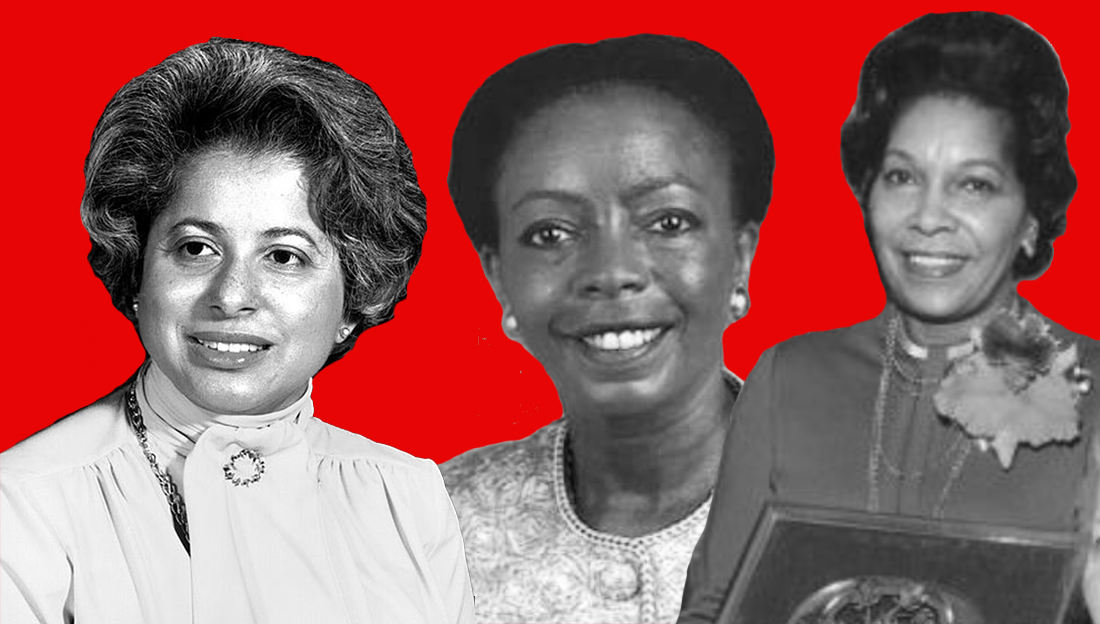 Did you know that the women of Delta Sigma Theta have a long history of being trailblazers in foreign affairs?

It’s true! The first Black female ambassador of the US to a foreign country was actually a member of Delta Sigma Theta.

To celebrate their success in the field, we at Watch The Yard have created a list of some but not all of the notable members of the sorority who have served as US Ambassadors.

Shirley Elizabeth Barnes is a former United States Ambassador to the African country of Madagascar, 1998-2001.  Barnes was nominated by President Bill Clinton on June 29, 1998 and after confirmation by the U.S. Senate, arrived in Antananarivo, the capital of Madagascar, and presented her credentials on August 30, 1998. She was initiated into Delta Sigma Theta’s Rho Chapter while in college.

Anne Forrester Holloway was appointed U.S. Ambassador to Mali on November 6, 1979 by President Jimmy Carter. She was the first African American woman to hold that post.

Ambassador June Carter Perry (Ret.) served as the highest-ranking official U.S. diplomat to the Republic of Sierra Leone from August 27, 2007 to August 28, 2009. Previously, she served as U.S. Ambassador to the Kingdom of Lesotho.

While not a US ambassador, Margaret Evangeline McDonald was the first female Ambassador to the United States from the Bahamas. She held the role from 1985 until 1992. She was the first woman appointed Secretary to the Cabinet, in 1982