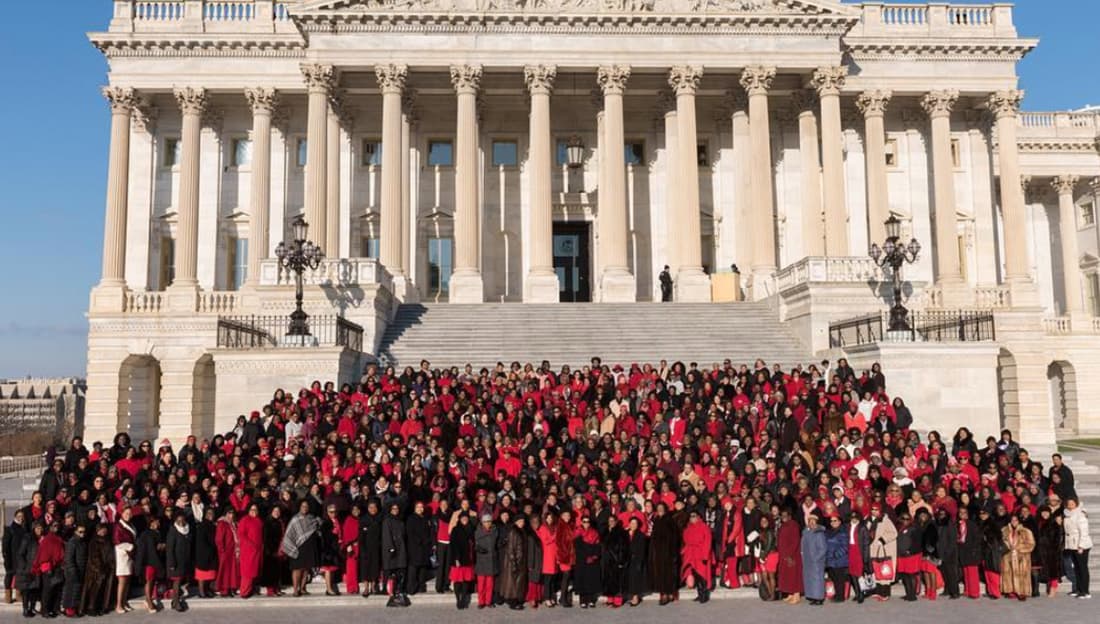 Over 1,200 women of Delta Sigma Theta Sorority, Inc. showed up in Washington, DC this week to have their voices heard.

The members of the organization which is a sisterhood of predominantly Black, college educated women, traveled from across the nation to take part in the sorority’s Delta Days in the Nation’s Capital, a four day long program of advocacy and social action.

Members of the sorority met with state representatives and lobbied to have their voices heard on issues important to the Black community including gun control, immigration reform, Medicare, Medicaid & Social Security, cybersecurity, cancer research and voting rights.

We at Watch The Yard have compiled a list of our favorite social media posts and pictures from members of the sorority who were present and the politicians who took to social media after meeting with them.

Throughout their 105 years of existence, the women of Delta Sigma Theta have been at the forefront of action as a voice for those in need. We at Watch The Yard would like to commend these powerful women for showing up in numbers and once again making their presence known in Washington D.C.