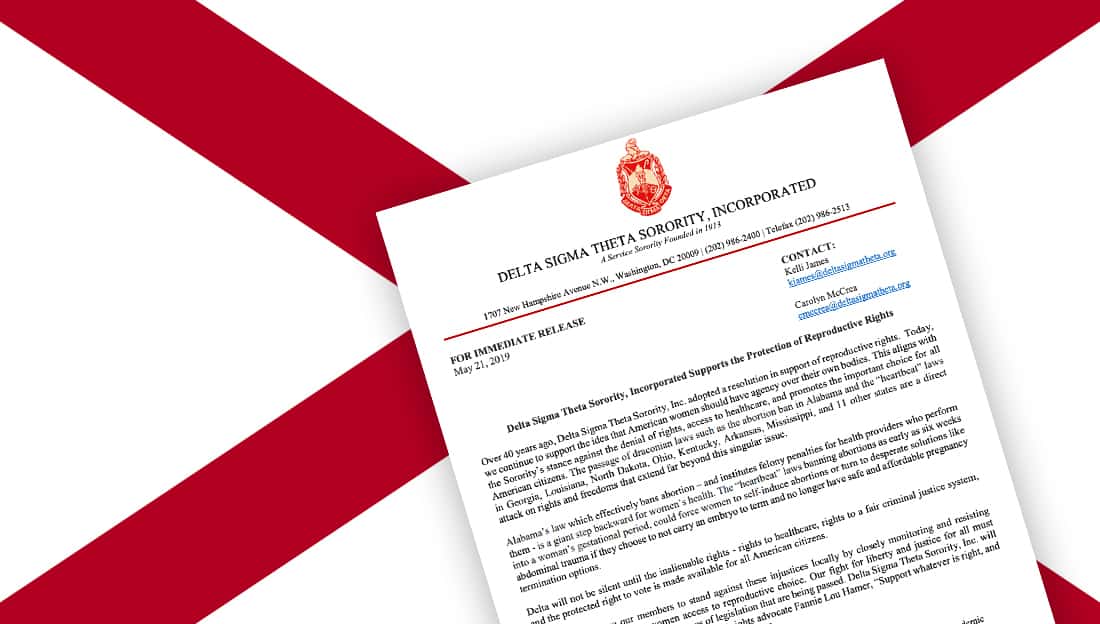 “Delta will not be silent until the inalienable rights – rights to healthcare, rights to a fair criminal justice system, and the protected right to vote is made available for all American citizens,” the sorority stated in the release that was posted on their website and official social media channels.

“Over 40 years ago, Delta Sigma Theta Sorority, Incorporated adopted a resolution in support of reproductive rights. Today, we continue to support the idea that American women should have agency over their own bodies,” the public statement stated. “We will continue to, in the words of member and civil rights advocate Fannie Lou Hamer, “Support whatever is right, and to bring in justice where we’ve had so much injustice.”

The sorority called out the abortion ban in Alabama and the “heartbeat” laws in Georgia, Louisiana, North Dakota, Ohio, Kentucky, Arkansas, Mississippi, and 11 other states, calling them “draconian” and “a direct attack on rights and freedoms that extend far beyond this singular issue.”

They urged their members to stand against this type of legestlation locally by closely monitoring and resisting legislative efforts to deny women access to reproductive choice.

“Our fight for liberty and justice for all must continue despite the many unjust pieces of legislation that are being passed.” they stated.

Read the full statement that was issued by the sorority on May 21st, 2019 below: 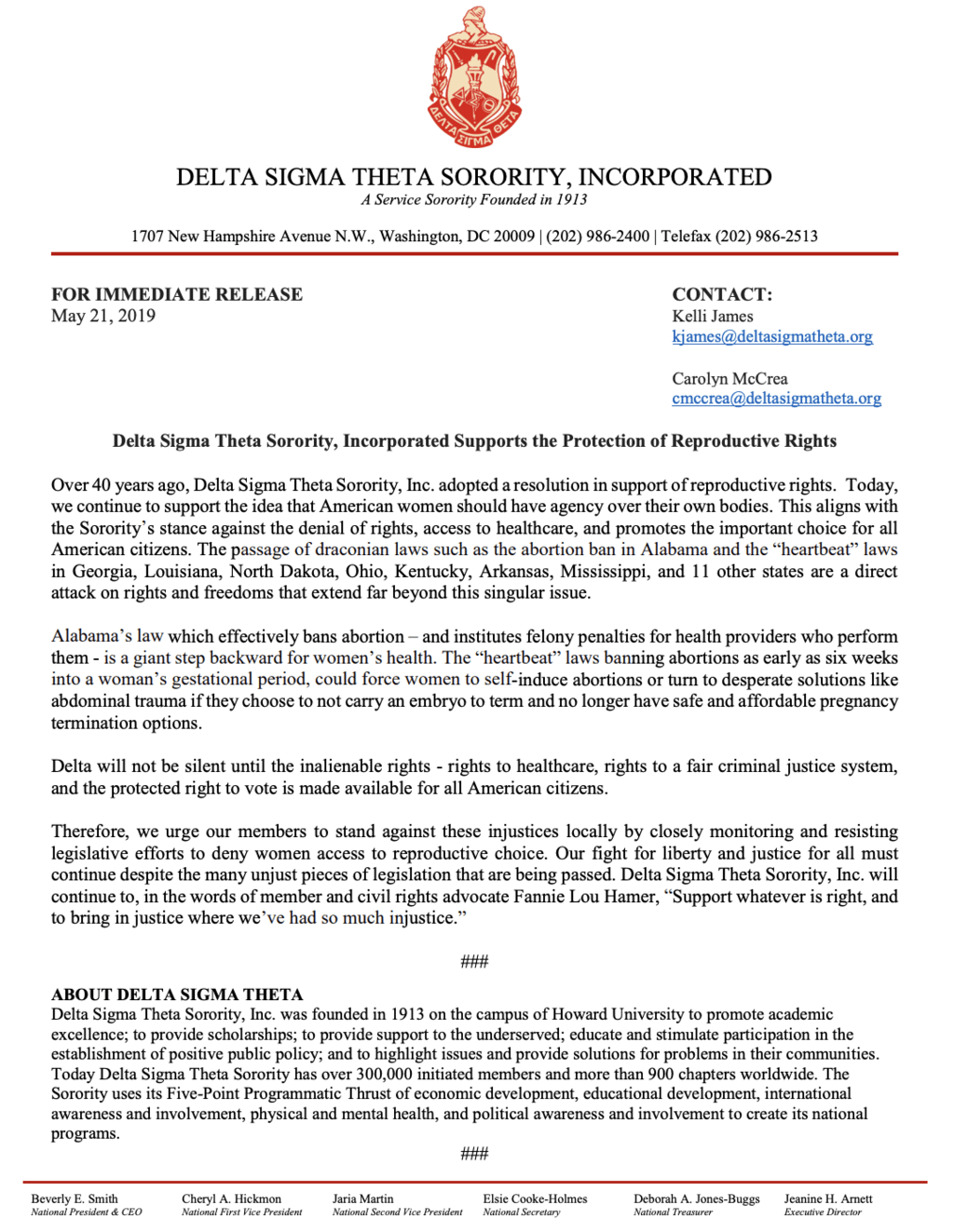