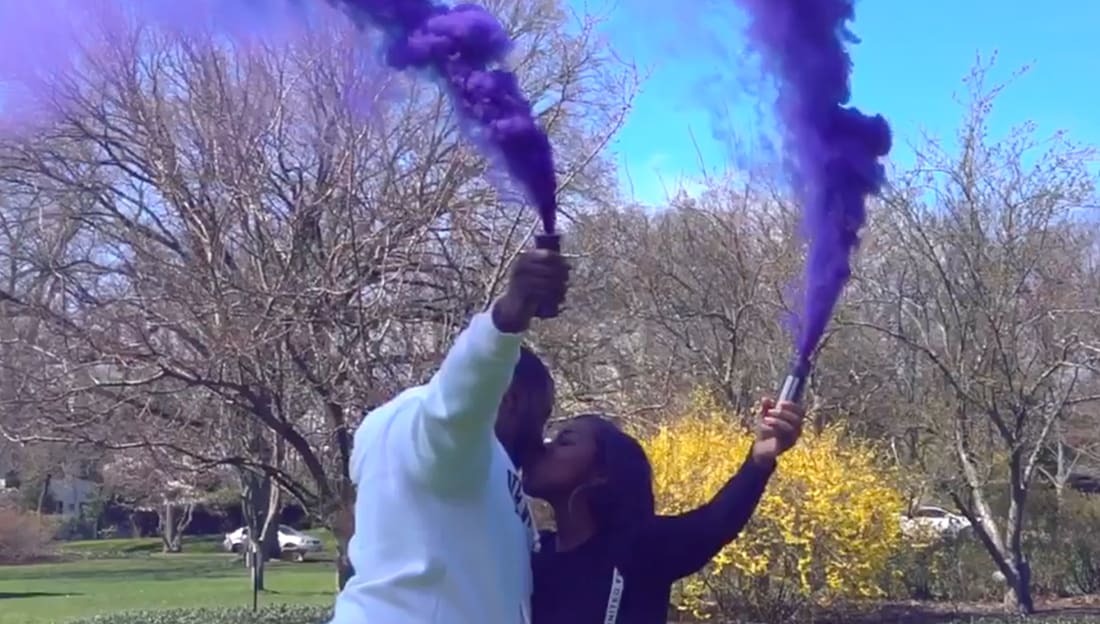 Ya’ll ready for some Coleman Love?!

We just were submitted a beautiful video from a Delta/Que couple from Maryland revealing to the world that they are having twin boys.

The parents, Brother Derrick Harris “HustleManFatz” of the Beta Kappa Chapter of Omega Psi Phi and Charter Member Sister Reed of Upsilon Sigma Chapter of Delta Sigma Theta blind folded themselves and held smoke grenades into the air for each of their twins.

It turns out this couple has a set of bouncing baby boys on the way!

Watch the full video below: