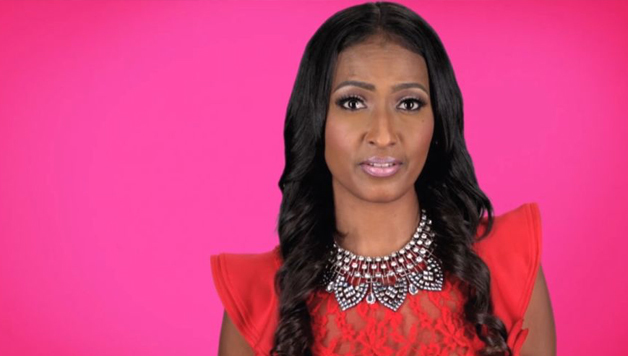 Less than three weeks ago Delta Sigma Theta Sorority, Inc., made the move to expell five of its members who participated in VH1’s controversial “Sorority Sisters” show. Now Adrene Ashford, one of the cast members who was expelled is opening up and apologizing to her sisters.

In a recent interview with Rolling Out, Adrene Ashford opened up about the backlash she received from being a part of the much debated show:

“The backlash was not something that I expected in this way. I would have never thought it would come to this. I have a lot of mixed emotions when it comes to the show. It is a very sensitive subject for me. There was some humiliation and I was very devastated. This year would be 20 years invested in Delta for me. This is my whole adult life. My friend and I have built some serious bonds and I don’t know if they will be the way they were before the show started. There were a lot of my sorors, including my line sisters who called me and said, “ I don’t agree with the show but I know you and I support you.” That to me represents true friendship and true sisterhood. When a person can say I may not agree with all the decisions you have made but I still love you, that’s sisterhood! You have to be sisterly for someone to be sisterly towards you.”

One thing Adrene wishes is that she would have been given a fair chance by nationals to plead her case before the expulsion was mad final.

“I don’t believe that my voice was heard by nationals. There was not any direct dialogue between nationals and myself. I would love to have had a hearing before the final expulsion. I think we live in a fair country and I think that one of the beautiful things about America is that we have choices. That is how I saw my interaction and involvement with the show. I never once thought, “Hey, I’m a Delta!” “I’m going to show them what Delta is about.” It was never that for me. I would really like to share that with national and the powers that be. I would love to have the opportunity to have my voice heard and give them the opportunity to ask me questions directly as to what their issues are. I do understand that there are issues. I am willing to approach, talk about it, and discuss it.”

But in the end this 20 year member Delta Sigma Theta Sorority Inc wants to apologize to the members of Delta:

“I apologize to all sorors and Delta Sigma Theta for any offense that I have made them feel. I didn’t intend to offend the sorority in any way. My decision to go on the show was purely a business decision for the betterment of my brand. I’ve been working on it for as long as I’ve been a soror and as a business you’re always looking to evolve. I took a step to evolve. My involvement in that was telling my story and I can’t really tell my story without having a reference or mentioning that I am a Delta, because that is significant to my story. I think a lot of reasons why I am a great businesswoman is because I pledged and because of some of the principles and the relationships that I developed through Delta in my business world and in my personal life. It was never my intent to offend or misrepresent my sorors of Delta Sigma Theta in my involvement on the show. I want to graciously say, ‘I have been a proud member and have been for 20 years with Delta Sigma Theta.'”

What do you think? Should Adrene have been given a chance to plead her case in front of nationals before the expelled her? Let us know your thoughts in the comment section below.

Check out her interview with Big Tigger of V-103 about being expelled.