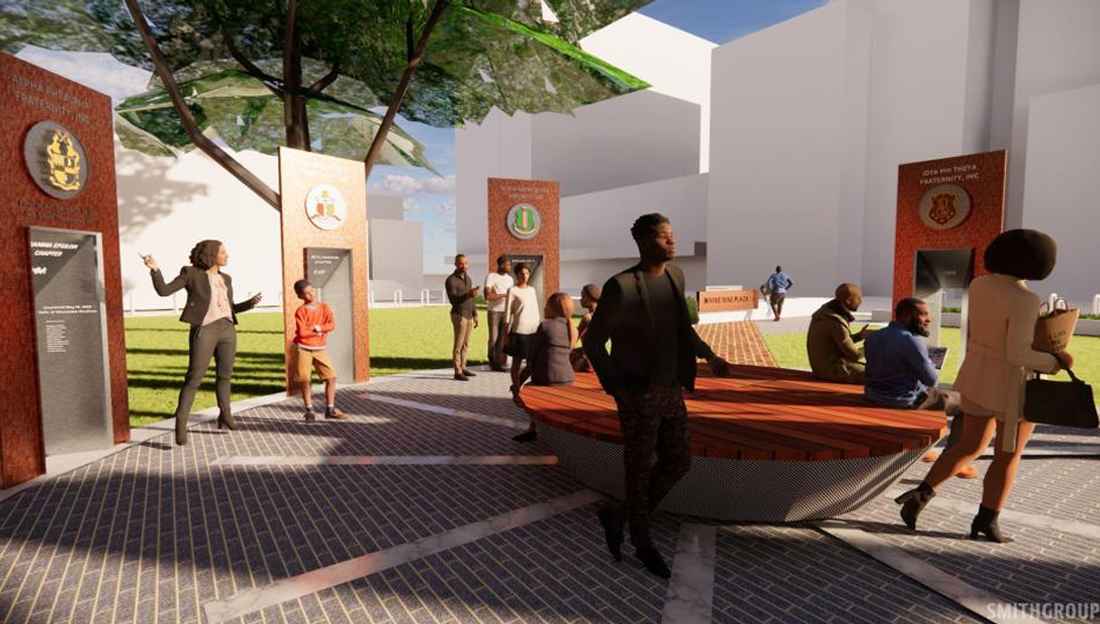 The University of Wisconsin Madison broke ground on their new Divine Nine Garden Plaza on Saturday.

The plaza, which will be located on the East Campus Mall will highlight the historically Black Greek-letter fraternities and sororities at UW Madison.

In regards to design, each of the nine NPHC organizations will get a pillar in the plaza that will include their name and crest. Madison 365 adds that organizations that have been chartered on campus will also have their charter members, and chapter name included on their pillars.

This initiative to create a physical site for the NPHC was done from a partnership between the NPHC, the Student Inclusion Coalition and UW–Madison administration.

“We’re working hard to bring more diverse faculty staff and students onto this campus and we have more work to do,” Madison 365 quotes UW-Madison Chancellor Rebecca Blank saying. “But attracting diverse people to campus isn’t enough, we have to be intentional about making them feel welcome and included and that starts with creating spaces where every person can see themselves and be themselves. The Divine Nine Garden Plaza is an example. This space is going to anchor one of the busiest corridors, as you can see, on campus. Thousands of people who pass through here are going to learn about the history and the impact of NPHC chapters.”

Watch the full ceremony below:

“As I’ve gone through school here, I’ve just realized how much that underrepresentation and that not being publicly recognized as students of color and as a Black student hurt my experience here,” Israel Oby, a co-founder of SIC and member of the Beta Omicron chapter of Kappa Alpha Psi Fraternity, Inc. stated during a speech. “I think that adding a physical landmark for the National Panhellenic Council for Black Greek orgs would do wonders for Black students here in making them feel like they belong, and it will also help students who are thinking about coming to the university want comes to the university more because they see that the school represents Black students and students of color in a better way than it has before.”

The construction of the plaza is set to be finished in the fall.